The team of dangerous, incarcerated supervillains from the Suicide Squad has ruled the box office for a third week. There are six movies that took over $1m with the best performing new release ranking #4. Total weekend takings for the top 20 movies was $14.40m which is the smallest weekend haul since the last weekend in May with $13.05m.

The DC Comics antihero team shed 111 screens this week but remains on 363 giving it a screen average of $8,770. The movie’s takings were down 46% this week and saw it slip behind Finding Dory when compared to where it was after three weekends. Screen average was $8,770 which was the best for the third consecutive weekend.

The Seth Rogan animated project added two screens to 223 with takings down 29% on the weekend when compared to its opening. The screen average of $7,952 only narrowly trailed Bad Moms. 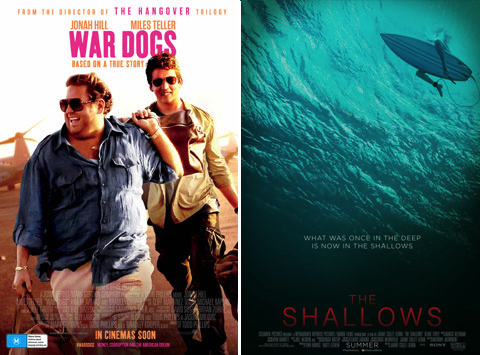 The Shallows and War Dogs were the top-performing new releases

The survival horror movie starring Blake Lively was the best-performing new release, debuting on 224 screens with a screen average of $6,946.

The comedy-drama with Jonah Hill opened on 245 screens giving it a screen average of $5,715.