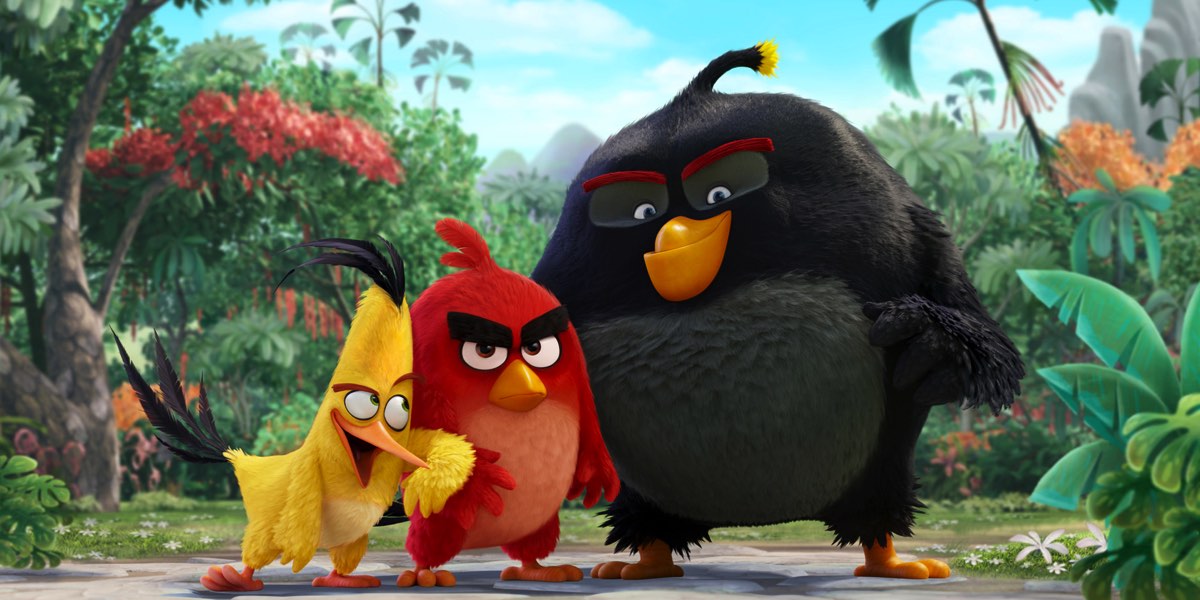 Captain America: Civil War closes in on $30m after three weekends on top

• Captain America: Civil War closes in on $30m after three weekends at the top of the box office 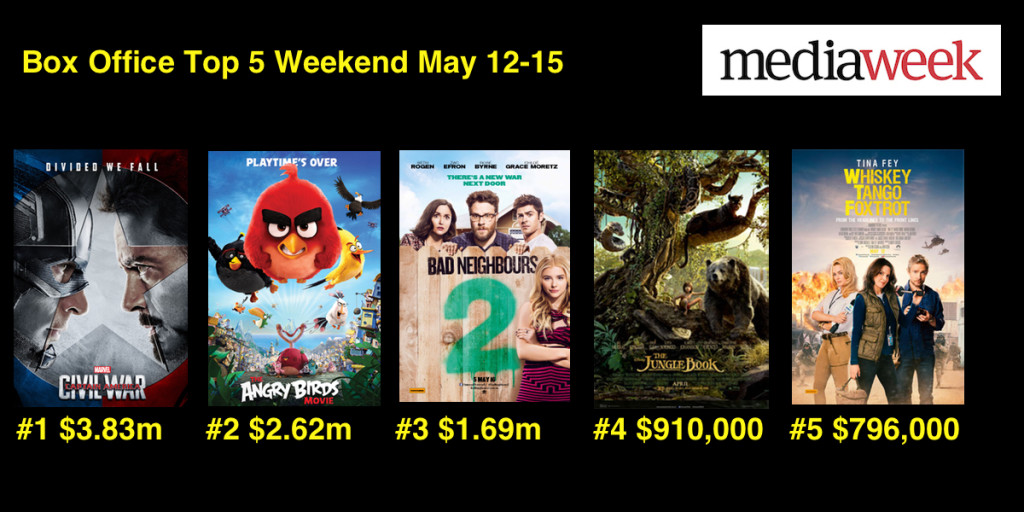 The total box office earn of the top 20 movies across the weekend has fallen below $15m for just the second time since the last week of March. The weekend gross of $12.59m saw just three movies over $1m.

This was the toughest competition yet for the 13th Marvel movie and the third in the Captain America series. However it still took over $1m more than its closest competitor. Total screens are just under 500 with a screen average of $7,964. The movie will pass $30m some time in the next few days.

The makers of Angry Birds have financed this project with Sony Pictures distributing the 3D animated movie for them. The film, the highest-placed new movie over the weekend, opened on 405 screens with a screen average of $6,493.

Takings were down 29% on last week with the movie averaging just over $5,000 per screen on 50 fewer screens than last week. The movie will climb past $5m to-date this week as FTA TV continues to schedule screenings of the first Bad Neighbours movie.

In its fifth week of release the movie will pass $28m as it holds on just over 250 screens.

Starring Tina Fey and Margot Robbie, the movie is based on the memoir The Taliban Shuffle: Strange Days in Afghanistan and Pakistan by war correspondent Kim Barker. The screen average of $4,660 comes from 171 screens.