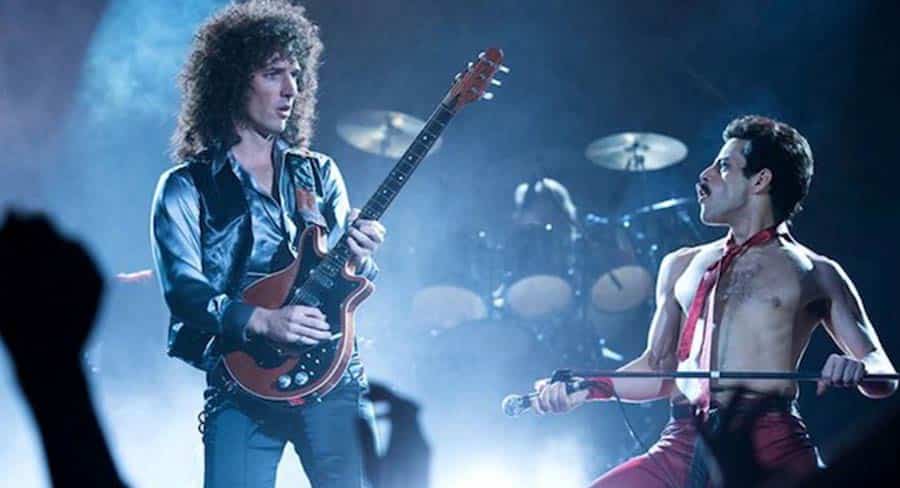 • Queen bio rocked the box office in its first weekend in theatres.

The Australian box office has received a nice boost from the Queen biopic Bohemian Rhapsody, which has helped produce a 20% increase over last weekend as theatres raked in $14.71m.

The other new entry to the top five this week was the action thriller Hunter Killer starring Gerard Butler and Gary Oldman.

The filmed based on rock band Queen and in particular front man Freddie Mercury has resonated with Australian audiences bringing home an average of $13,255 across 510 screens.

Dropping from top spot after two strong weekends at #1, the musical romantic drama has produced an overall box office return of $19.70m. The Lady Gaga and Bradley Cooper vehicle still produced an average of $9,913 per screen, which is more than double any film not named Bohemian Rhapsody.

The slasher flick has survived a 53% decline in revenue to stay in the top five but it dropped down a spot to third. Despite Halloween season being in the rear view mirror the movie still cracked the million-dollar mark and made an average of $3,914 per screen.

Keeping its spot in the top five after two weeks, the RL Stein-inspired film had an average of $2,693 across 259 screens.

The film based on 2012 novel Firing Point by Don Keith and George Wallace has cracked the top five in its first week in theatres after averaging $2,610 per screen.