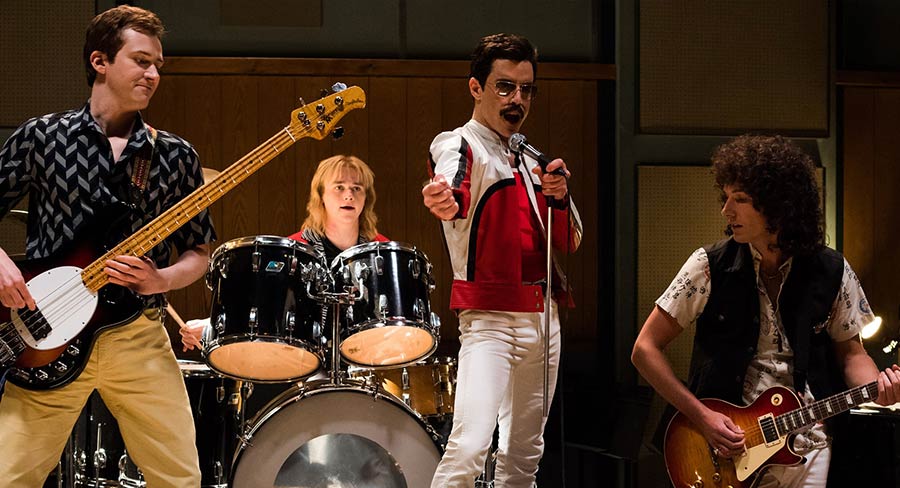 Bohemian Rhapsody declined only 9% in its second week in theatres as it continues to dominate the Australian box office earning more than double any other film.

Despite its success, its total still significantly lags behind A Star is Born, which is proving to be quite the juggernaut staying in the top two after four weeks and now with a total of $24.02m.

Despite the two music-themed hits providing plenty of revenue the overall box office has continued its downward slide this weekend with a 10% reduction on the previous week bringing home $13.20m.

The most notable performance outside the top five this week was the debut of Boy Erased, starring Nicole Kidman and Russell Crowe and directed by Aussie Joel Edgerton, who also co-wrote and appears in a major role. It garnered $395,714 in its first week.

The biopic of British rock band Queen has continued the strong momentum from its opening weekend, once again cracking the six million dollar mark. With the same number of screens as last week (497) it produced an average of $12,481 per screen, retaining top spot.

In its fourth week in cinemas Australian audiences are yet to develop fatigue with the musical romantic drama. Cracking the 20 million mark last week it kept adding to its massive total as it produced an average of $7,799 per screen.

A sequel to The Girl with the Dragon Tattoo, this soft re-boot of the Millennium series starring Claire Foy (taking over from Rooney Mara) debuted with an average of $2,480 across 314 screens.

Ironically surviving the end of Halloween season, the sequel to the 1978 slasher film has stayed alive in the top 5 after three weeks in theatres producing an overall total of $6.15m.

The Indian Hindi-language epic action-adventure film was the only non-English speaking film in the top 5 this week as it produced an average of $7,132 across 71 screens giving it the third highest average from the weekend.