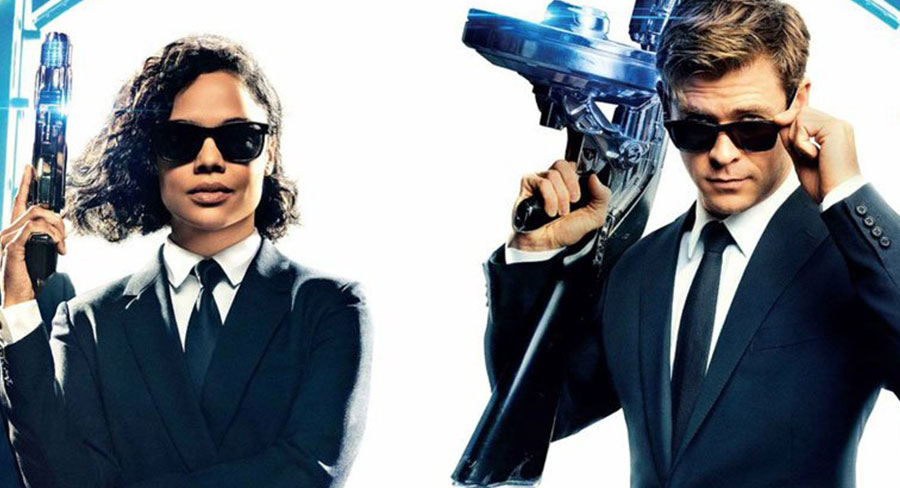 • The only film to drop out of the top five this week is Godzilla: King of Monsters

Men in Black: International revealed a fresh line up starring Chris Hemsworth and Tessa Thompson, in the first rendition since 2012 and the first film in the franchise to not feature Will Smith and Tommy Lee Jones.  Despite the new look, the film still delivered at the box office opening in the top spot this weekend.

It was the only new entry this week, in a pretty static weekend in theatres with the Australian box office declining 20% from last weekend making a total of $12.76m.

The only film to drop out of the top five this week is Godzilla: King of Monsters, which dropped to sixth spot after making $526,575, bringing its overall total to $5.68m.

Outside of the top five some big budget films added to their hefty totals, with Avengers: Endgame now up to $83.22m, and Pokemon: Detective Pikachu on $14.17m.

The same suites with a new twist, the fourth film in the blockbuster franchise that began in 1997 now features its first female lead in Tessa Thompson and Australian Chris Hemsworth who received a friendly reception from local audiences with an average of $7,714 on 505 screens.

After four weeks in theatres, Disney’s latest remake of an animated classic still ranks in the top two of the Australian box office with an average of $7,241 on 411 screens. The film has continued its streak of small week on week declines going down 37% this past weekend, bringing its overall total to $26.94m.

While it looks like the Elton John biopic will never get to be number one on the Australian box office, after missing out in its first three weeks of release, that hasn’t stopped it from producing a very healthy total. After a 35% decline on last weekend’s total, the music-heavy romp has made a total of $14.18m, producing an average of $4,269 on 521 screens making it the most widely shown film in Australia.

After debuting in third spot last week a 69% decline has seen it slide down to fourth after two weeks. The last X-Men film under the Fox banner now has a total of $4.51m after making an average of $2,422 on 349 screens.

The marathon man of the Australian box office, the action film starring Keanu Reeves continues to defy expectations remaining in the top five for the fifth consecutive week, being the least shown film every week in the top five, this week being shown on 226 screens for an average of $3,144.