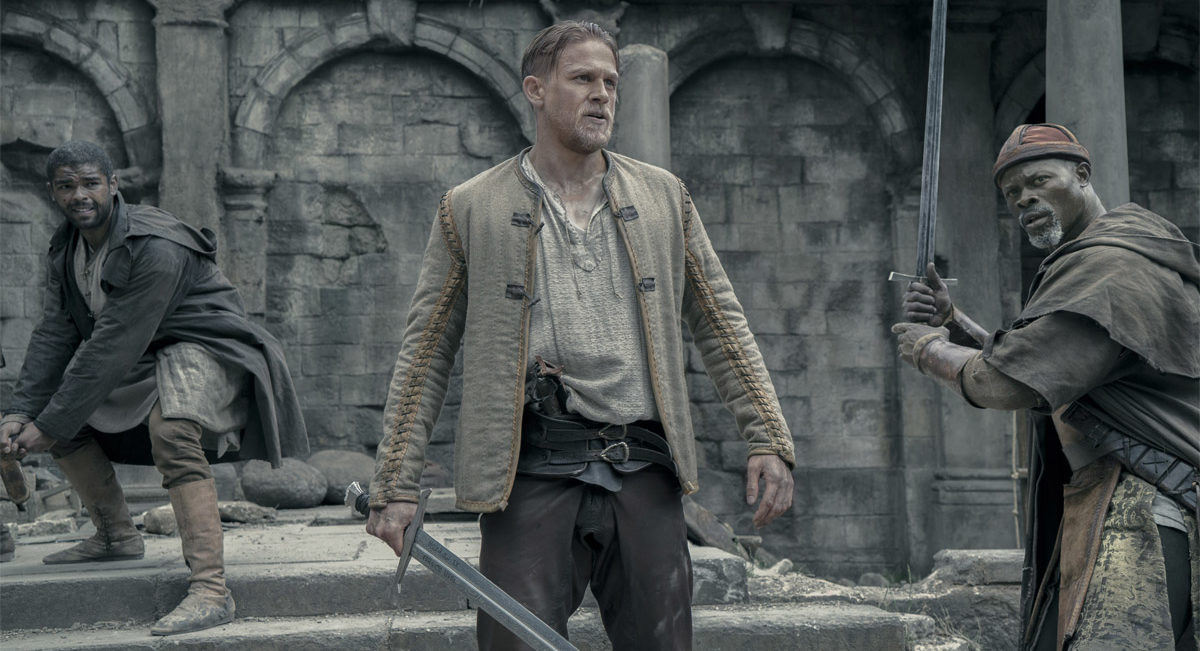 It was a quieter weekend in cinemas with takings dropping 11% from the previous weekend to $12.81m for the top 20 movies. That is not a record low for the month or quarter as just two weeks ago the weekend gross was just under $12.5m. It is the second slowest weekend however since mid-March when the second weekend of Kong: Skull Island ranked #1 with $3.13m.

Despite a subdued weekend, Val Morgan yesterday revealed 2017 has broken another box office record with Australia hitting the $500m mark in just 20 weeks. This is the shortest time taken to reach half a billion dollars ever and was driven largely by Beauty And The Beast, Lion, Logan, The Fate Of The Furious and Guardians of the Galaxy Vol 2.

The new fantasy epic from director Guy Ritchie has been a global box office dud of monumental proportion. Even though the movie managed to rank #1 it has not covered itself in glory here. Its weekend opening of $2.32m was the smallest gross for any movie at #1 this year and the screen average from its 406 screens of $5,730 was also the smallest for any movie at #1 this year. Lion actually opened on fewer screens if you can believe it as did Hidden Figures, Kong: Skull Island and Alien: Covenant yet they all boasted much better screen averages. Of interest to local audiences will be Eric Bana as Uther Pendragon, King Arthur’s father and King of England.

The second weekend of the latest instalment of the franchise with Ridley Scott back at the helm saw takings dip 50% despite the movie screening on six more screens bringing the total to 316. That gives it a screen average of $6,269. The scary sci-fi film has taken just over $7m as of Sunday.

The fifth week of the franchise has squeezed another $1.9m from moviegoers with its screen average holding over $6,000 despite the film shedding 111 screens to 299. The total earn so far will zoom past $30m this week.

Keanu Reeves and our very own Ruby Rose lead the cast of the action thriller about hitman John Wick. The movie opened in the US at the end of January but is only just reaching our shores. The second of a planned three movies has done better than the first here after the original John Wick opened on the first weekend in November 2014 on 177 screens with $1.09m. This time StudioCanal is nursing it onto 219 screens with an opening screen average of $8,352, the best of any movie from the weekend.

A drop of 44% on its second weekend sees the Amy Schumer and Goldie Hawn comedy just hang onto a spot in the top five. It is still showing on over 300 screens but it had the lowest screen average of a film in the top five – $5,141.