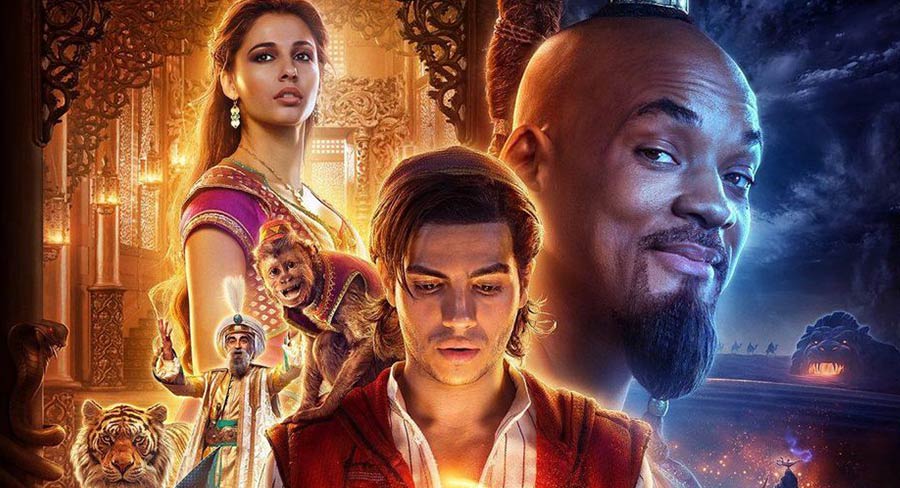 • Disney now has two films in the top five

Last week Disney lost its stranglehold on the top spot of the Australian box office when Avengers: Endgame slid down two spots to third, but it only took a week for them to find their way back to the top with a new cash cow in Aladdin.

They now have two films in the top five with Endgame still hanging around in fourth place, although with its overall total at $80.82m after five weeks it is looking less and less likely it will get the $115.76m required for all the time Australian record, or even the $94.03m required for second place.

The other new entry this week is the horror film Brightburn which is the story of an alien boy who uses his superpowers to terrorise the surrounding town. The two films to drop out of the top five this week were the comedy The Hustle (three weeks, $5.69m) and the Australian rom-com Top End Wedding which finally slides out of the top five after four weeks making $4.40m.

Overall it was a good week at the Australian box office reversing the three week slide of consecutive declining revenue totals, after bringing home $16.65m for a 19% increase.

Disney has continued its recent success at the Australian box office with its latest release, a re-imaging of the 1992 animated classic Aladdin topping the box office in its first week in theatres. The film has a lot to live up to with the original making an international gross of $918.18m (adjusted for inflation) and a domestic total of $23,802,000 (adjusted for inflation). Although the latest rendition of the middle eastern folk tale has gotten off to a good start after making an average of $13,131 on 578 screens (highest amount this weekend) and is on target to cruise past the $12.06m made by fellow Disney remake Dumbo.

Still a relative underdog after being shown on the least amount of screens out of the top five last week, John Wick only clocks in at fourth with 259 screens, but with a very strong average of $10,996 and a declines of only 32% which sees the film produce a strong result as it finds itself in the second spot.

Dropping one spot but still bringing home a strong total, averaging $5,954 over 288 screens, Detective Pikachu has seen its overall total grow to an impressive $11.70m after only three weeks.

Still the second most screened film (350 screens) in Australia on the weekend, Endgame continues to plough forward despite another 50% decline. Easily cruising past the $1m threshold again, the film managed an average of $4,363 per screen during its fifth week in theatres.

The horror film managed to scrape into the top five in its first week in theatres managing to edge out The Hustle which made $723,759. It was the least shown film of the top five only appearing on 247 screens but it managed an average of $3,056.