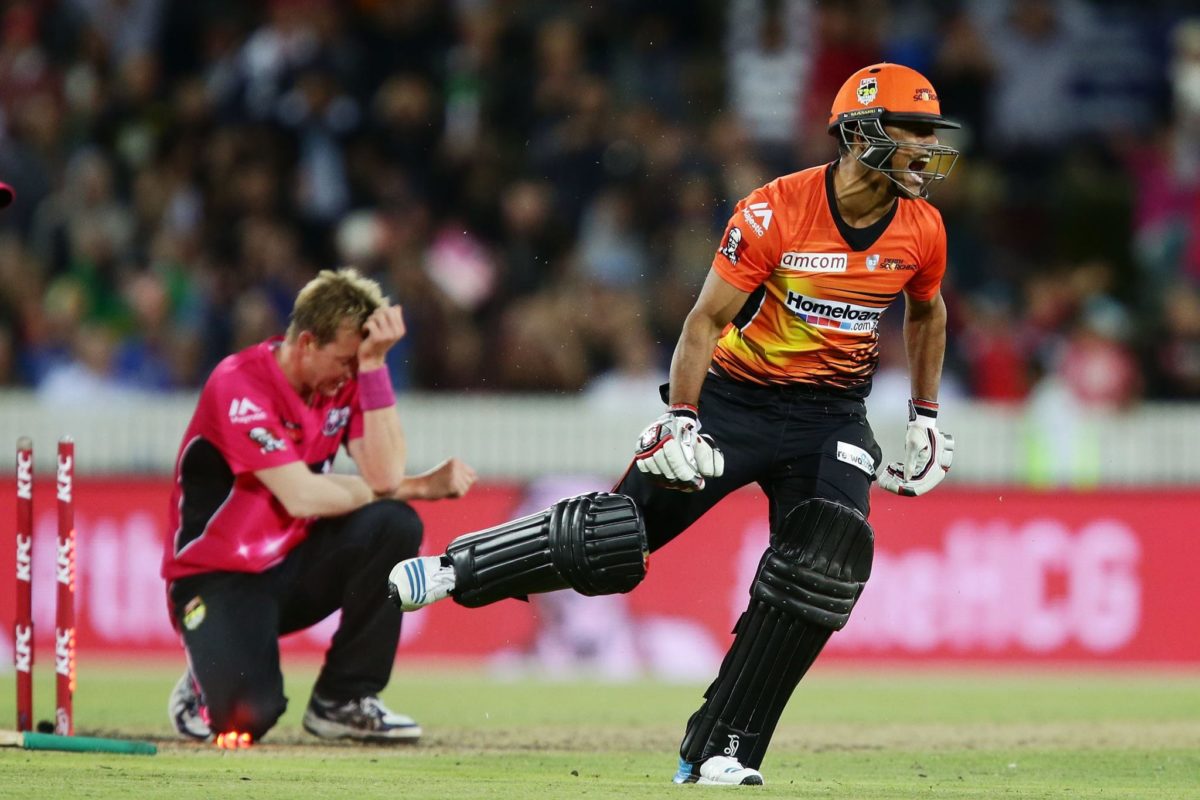 1.3m Aussies tuned in to watch the Scorchers triumph over the Sixers

Network Ten’s coverage of the 2016-17 season of the KFC Big Bash League ended on a high, reports the broadcaster, with 1.3 million Australians tuning in to watch the Perth Scorchers triumph over the Sydney Sixers in the Big Final.

The television audience for the conclusion to this summer’s television sensation peaked at 1.76 million. In the capital cities alone, the Scorchers’ victory was watched by 910,000 people on Network Ten and peaked at 1.22 million.

The Big Final was preceded by the Final of the Rebel Women’s Big Bash League, which saw the Sydney Sixers claim victory over the Perth Scorchers.

Session 2 of the Rebel Women’s Big Bash League Final had 500,000 viewers, a record television audience for any WBBL match.

The audience numbers for both competition’s Finals capped a highly successful season and saw Network Ten record its highest ever commercial shares in people aged 25 to 54 and under 55 in the first four weeks of a calendar year.

Across the 2016-17 summer, the KFC Big Bash League drew an average national television audience of 1.03 million. It reached a total of 14.4 million nationally.

In the capital cities alone, the competition averaged 710,000 viewers per game, with an average peak of 1.53 million.

It also captured a greater share of the available television audience in key age groups, increasing its commercial share among 25 to 54s from 31.3% to 32.3% and among under 55s from 32% to 33.9%. Both share numbers represented all-time highs for the competition.

The average national television audience for Session 2 this summer was 1.15 million, with an average peak of 1.43 million. In the capital cities, Session 2 generated an average audience of 793,000 and peaked at 949,000.

Network Ten’s chief executive officer Paul Anderson said: “We are delighted that so many Australians enjoyed the KFC Big Bash League and the Rebel Women’s Big Bash League this summer.

“Thanks to the commitment, passion and enthusiasm of everyone at Cricket Australia and our great production and on-air team at Ten led by David Barham, Big Bash is now firmly established as an essential part of the Australian summer.

“After four years, our partnership with Cricket Australia continues to go from strength to strength, and we look forward to continuing it for many years to come,” he said. 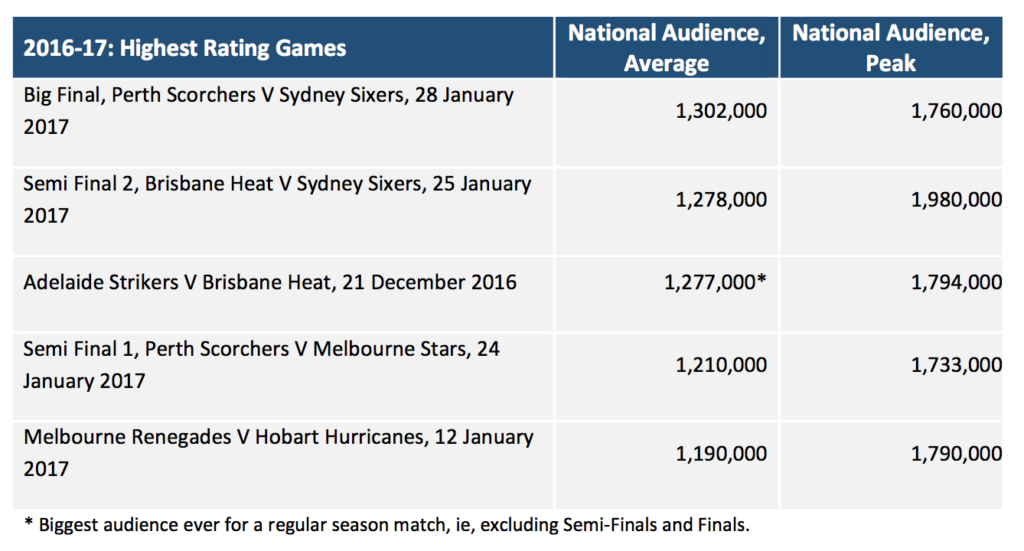