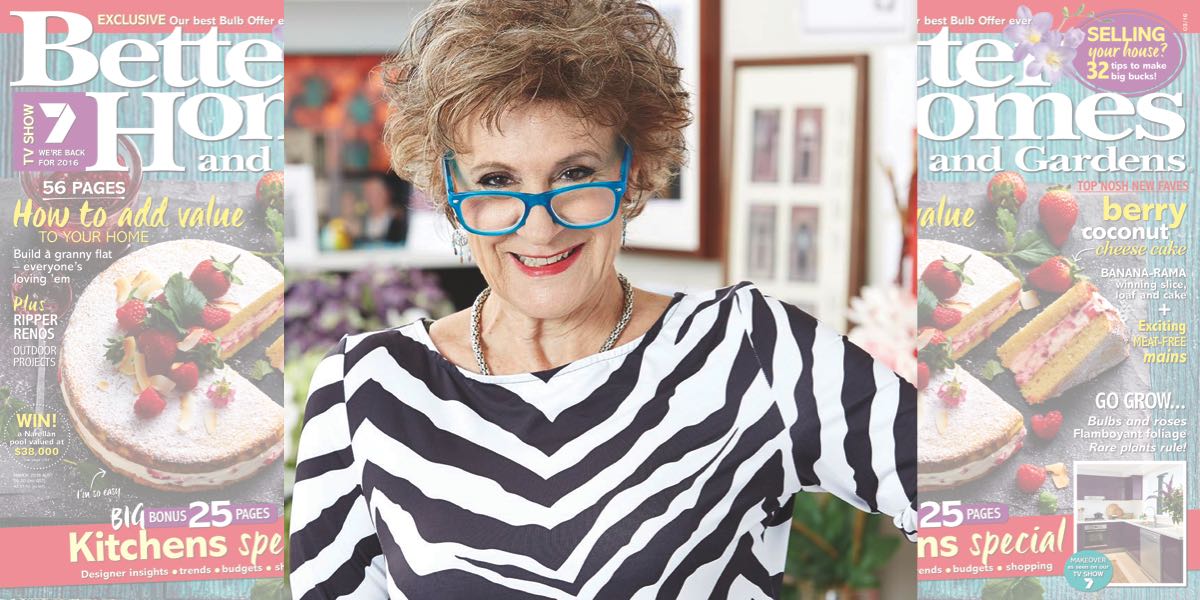 Better Homes and Gardens is the only commercial magazine (excluding supermarket branded titles) to retain a readership of over two million.

The only other monthly title to have a readership figure over a million in the latest readership and circulation figures is Bauer Media’s The Australian Women’s Weekly.

“I am not surprised that Better Homes and Gardens is as big as it still is,” editor Julia Zaetta told Mediaweek.

“It is certainly one of the most powerful media brands in the country.”

The home and lifestyle title is the only magazine in Australia with a TV show of the same name.

“The magazine was 17 years old when the notion of a television program raised its head. It was incredibly successful from when it first went to air, and still is now. We are probably the only title in the world that has an unique relationship between TV and magazine,” Zaetta said.

The presenters on telly showcase new ideas and then readers come to the magazine “to get the instructions”, Zaetta said.

“We are the practical information guide with visual indulgence for everything that happens on the TV show.”

Zaetta described the relationship between the two touchpoints of the brand as “nearly a perfect marriage”.

Editors of different sections of the magazine, such as garden, design and architecture, sit in on the production meetings of the TV show, Zaetta revealed.

Better Homes and Gardens’ recipe to success has been its three core values, which Zaetta described as the three Is: “Ideas, inspiration and information.”

The last I of the three differentiates the title from the competition in the market, Zaetta claimed.

“The information always differentiates us from other titles in that we are really determined that when we deliver people ideas, we give them the where, what and how to be able to carry them out.”

The magazine shares its online presence with the TV show. This is an intentional move, Zaetta said.

“If you talk about Better Homes and Gardens to anybody they are not necessarily going to think TV or magazine or website or Facebook.

“If we didn’t share our Facebook postings with TV it would be weird because we are the one family,” Zaetta reasoned.

“One of the successes of the marriage between television and magazine is that we all sit together. The TV people are down one end of the room, and we are up the other. There is constant communication and working between the two of us.”

Speaking about the waves of changes that have impacted the Australian print industry in the past decade, Zaetta identified two other causes apart from digital.

“The industry has changed as we can all see. The distribution of the magazines has affected this too. The self-service checkouts have done some work to change the way people are able to access magazines in supermarkets. The newsagency industry is also going through some change as well. It might not be the best thing that’s happened to our magazine industry over the years.

“What’s happening with print is you buy it, you pay for it. It’s much easier to access content digitally, where most of it is free. To a certain extent, we are affected by the fact that we have a cover price.”

Zaetta ended our conversation by asking, “Before I go, do you know how to clean silver?”

She offered this tip: “To clean your silver you need to put some aluminum foil in the sink, boil up water, mix it with bicarbonate soda, sit the silver in there, and watch it sparkle in front of your eyes.”