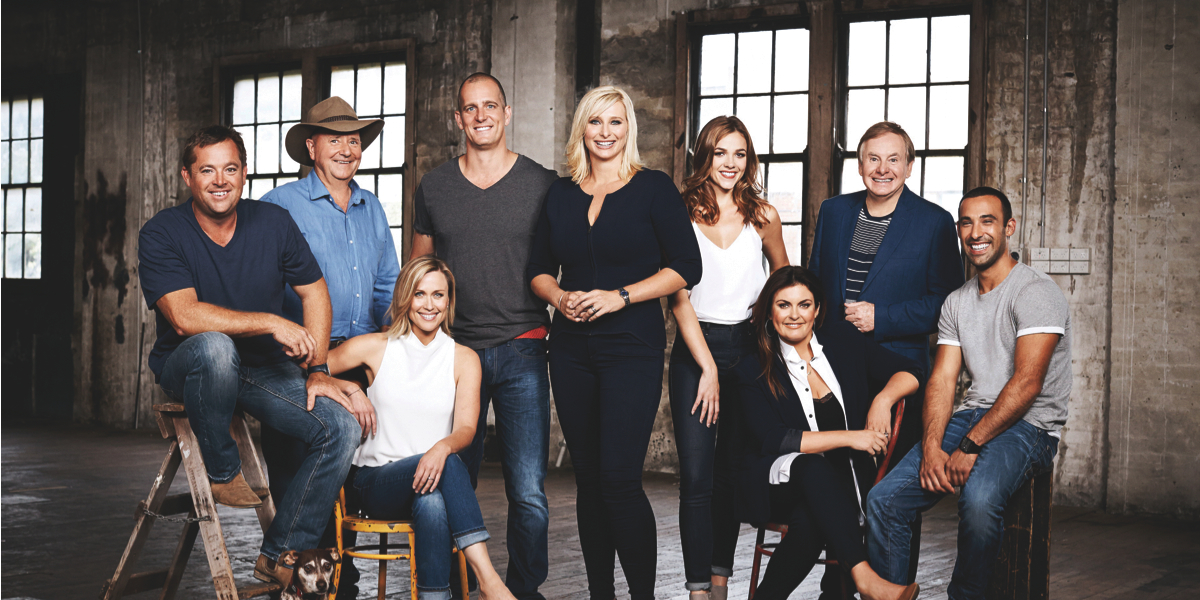 21 years of Better Homes and Gardens with EP Alan Dungey: “Who says lifestyle television is dead?”

Who says lifestyle television is dead? It’s definitely got a place, and a huge following,” Better Homes and Gardens EP Alan Dungey said when he spoke recently to Mediaweek about the format. Celebrating 21 years on air in 2015, the flagship Seven show was the world’s first television-magazine crossover – an impressive feat which led to a 60% increase in the magazine’s circulation! The program’s ratings suggest that Dungey is right – in the past fortnight, the show has consistently done over 700,000 viewers during NRL season, enough to easily give it a spot in the night’s Top 10 shows.

Dungey explained that the long-running show has a close relationship with the Pacific Magazines product, which is the most-read paid magazine in the country according to March emma readership data. He admitted that could sometimes be challenging, especially developing content that is appropriate to both magazine readers and television viewers. “We closely reflect what’s in the current issue, which can be a tricky thing to stitch together. It’s a huge tapestry. We’re in lockstep with the magazine, and both parties come to the table with ideas which are chosen on merit. There’s also additional content in the magazine that we don’t typically cover, like the travel section. Having said that, we are starting to bring a bit of that in where it fits in our pillars. We can get on the road a bit – we’ve done some lovely stories on the road in country areas around meeting the growers and seeing where food comes from. It’s been a good transition for the show to make, and our viewers have responded to that,” he said.

Despite the plethora of reality television on our screens, and the repeated suggestions that we’re enjoying a “Golden Age” of television drama, Dungey said he was confident that lifestyle television retained a key position in the schedule. “Lifestyle is well and truly alive. Better Homes and Gardens has maintained an audience where other comparable productions have seen a decline. Even in the tough time when we were up against the NRL on a Friday night and we get the last hour of our show moved across onto 7Two in Victoria, we still see people watching. The numbers that 7Two gets are just astronomical for the multichannel, the Victorians really make the switch across to keep watching.”

In its 21 years, Better Homes and Gardens has continued to expand its spot in the schedule and the value it delivers to both the Seven Network and the audience. “The show started as half an hour, then was extended to an hour and now it’s a 90-minute format because we maintain that audience. It’s a real testament to the brand and its integrity. It’s probably one of the only shows on television that you’ll get celebrities inviting into their homes, and they do that because they know that we’ll produce a lovely piece that delivers something for the audience,” Dungey continued.

As to the reason for its longevity, he pointed towards the show’s constant evolution based on audience demands. “If I learnt anything from those early days with Peter Meakin [Dungey worked on 60 Minutes when Meakin was the show’s EP], it’s that you first and foremost have to have your audience in mind. We make television for them, we have our finger on the pulse and we change as tastes do. We deliver weekly what is entertaining but informative and trustworthy content that people love. People know that the brand, from magazine to show, is steeped in integrity and tradition. Our nine presenters are all experts in their fields, who just happen to be great storytellers,” he noted.

Celebrating 21 years is one thing, but what about the next 21? Dungey said that despite massive upheaval in the television industry, he was confident that Better Homes and Gardens would remain popular. “The future is bright! People are constantly changing the way that they live, and the show is a mirror of that – how can it not have a future? Once upon a time, the craft and deco section of the show was just lifted from the magazine and was stuff like cross-stitch. Not exactly the most entertaining television in the world! Now we’re all so switched on, and the audience is much more sophisticated which means that our producers and presenters can go that much further with a design story or a technique. We all have that deeper knowledge accumulated or acquired, thanks to things like Google and Pinterest. We pick up on trends, and then showcase them to people.”