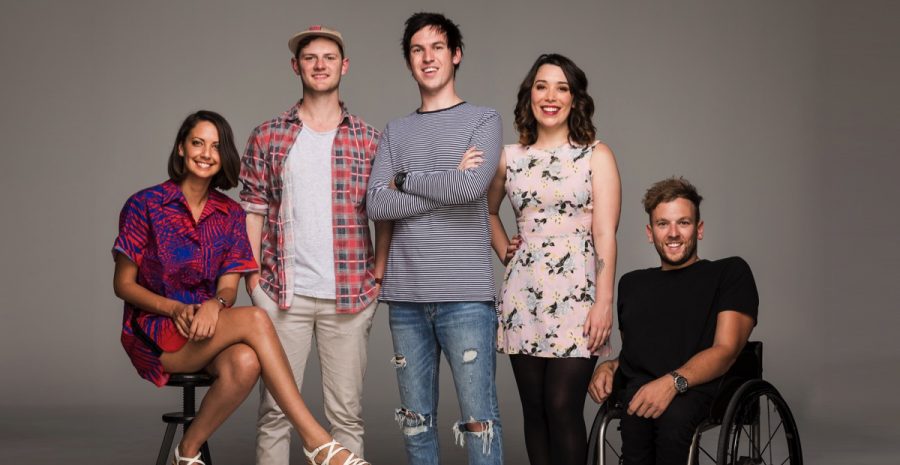 triple j has quickly announced its new breakfast team after revealing the departure of existing duo Matt and Alex earlier this week.

Adelaide radio presenters Ben and Liam are the new hosts who will be joined by journalist Brooke Boney and regular guests Dylan Alcott (Australian Paralympian of the Year) and comedian Gen Fricker.

Ollie Wards, triple j content director, said: “Ben & Liam crack me up. They’re 22 and 20 but come to the radio with thousands of hours on air together and crazy amounts of fun ideas. They’ll be part of a broad new team, including an expanded news role with Brooke Boney, our voice of youth current affairs in the mornings. They’ll also be joined by a wide cast of weekly contributors on the show including sports star Dylan Alcott and comedian Gen Fricker.”

Helping propel the young announcers from Adelaide community radio to the national stage has been their manager, former Austereo CEO and now also manager of Jackie O, Brad March.

Ben Harvey grew up in Lewiston on two and a half acres of South Australian country land. Leaving school at 16, he worked on a dairy farm.

Liam Stapleton grew up in suburban South Australia where the passion to entertain came early, doing his first show on Adelaide community station Fresh 92.7 at 15.

When Ben turned 18, the farm boy moved to the city and started volunteering at community radio and from there Ben & Liam began. Both fans of stand-up comedy, they worked their way up through the Adelaide scene, competing in the South Australian Raw Comedy State Finals and selling out Ben & Liam’s Big Night of Wiffy Banter at Adelaide Fringe.

Taking on a bigger role at triple j breakfast is Brooke Boney, connecting the team to Hack and ABC News. Boney is a Gamilaroi Gomeroi woman who grew up in the Hunter Valley, before studying journalism at UTS and volunteering at Koori Radio. She then did a stint in Canberra where she covered two election campaigns, multiple leadership spills and four Prime Ministers as SBS’s NITV News political reporter.

Dylan Alcott will present sports on triple j Breakfast on Monday and Friday, as well as presenting new tunes and music news as host of Weekend Arvos at 2pm on Saturdays and Sundays. The 25-year-old from Melbourne is famous for his ever expanding trophy cabinet, holding gold and silver Paralympic medals, as well as several US and Australian Wheelchair Open #1s.

Other changes announced at Triple J

• Sarah Howells finishes up at triple j after 10 years hosting Roots n All where she has been a leading voice and genre specialist for a decade at the helm of the program, regularly hosting WOMADelaide and appearing at Bluesfest.

• Also departing after six years of presenting Weekend Breakfast, Weekend Afternoons and regularly filling in on triple j Breakfast and Drive is Kyran Wheatley. He leaves to focus on his comedy and podcasting career.