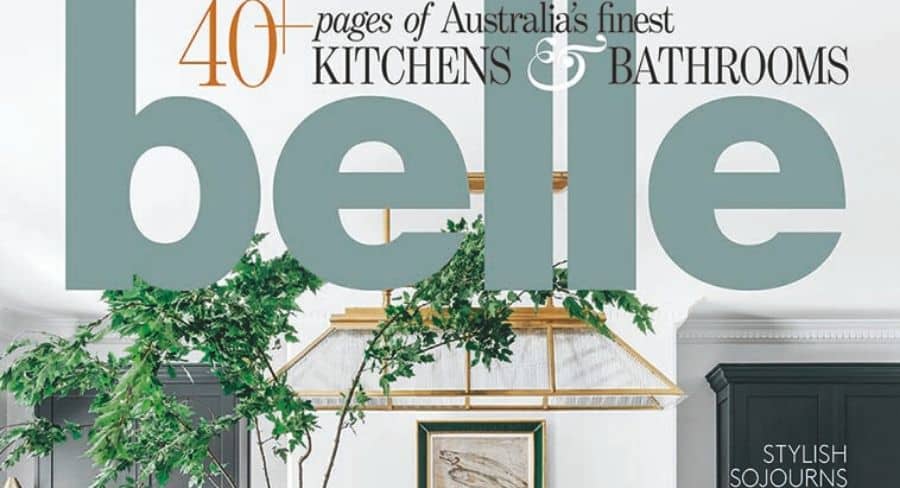 Popular interior design magazine Belle has really marked itself as a multiplatform destination for home lovers with strong social media campaigns, great use of video and securing premium covers for their print offering. Belle’s editor Gavin Kirk and Bauer’s digital director Amber Manto spoke to Mediaweek about a recent brand highlight with an acclaimed Australian celebrity, key dates in their upcoming event calendar, and the unapologetic success in the risk they took with their latest cover.

There’s two big events that fall in the Belle calendar: The ArtStart programme and the Belle Coco Republic Interior Design Awards. “Those are our two event series that gain the biggest partnerships,” said Kirk. “For the Design Awards, we do a call out on all platforms for Australian interior designers, decorators and interior architects, with entries closing March 16. We invite a panel of top tier designers and architects in addition to a sweep of Belle people to run through all the projects – it’s a huge process.” 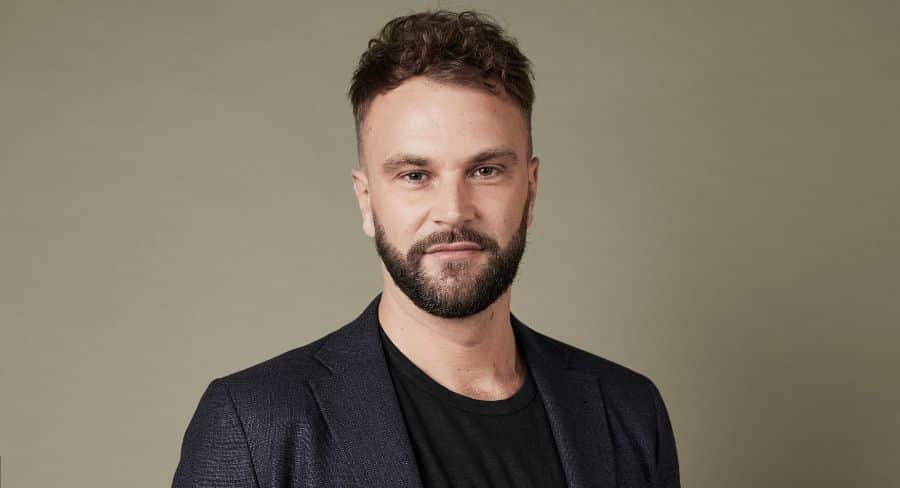 Kirk said they always try to include international guest judges too, with the panel being revealed in time. The event is held on May 20 at Coco Republic, which also marks the 10th year of the awards as well as a 10-year partnership with Coco Republic. “I imagine this one will be very big,” he said. “We’ll also have guests including former editor Neale Whitaker to present hall of fame and Tanya Buchanan who is now at House and Garden, to celebrate the 10 year anniversary and present some awards.”

The other major event for Belle is the Art Start programme for emerging painters, which commences tomorrow – Friday 13th March. “This year we actually changed the age group to 16 and above,” said Manto. “It gained significant traction on Instagram this year, and it was perhaps too successful as we ended up with a ridiculous amount of entries. Maybe we should’ve scaled back the hashtags!” she laughed.

Belle’s print offering is well-known for their beautiful imagery and stunning photoshoots. Kirk told Mediaweek the importance of investing in these shoots to obtain a market-leading position. “Some of the big shoots are obviously expensive, because we’re dealing with incredibly expensive pieces of furniture and accessories, so just the moving of those items is costly. 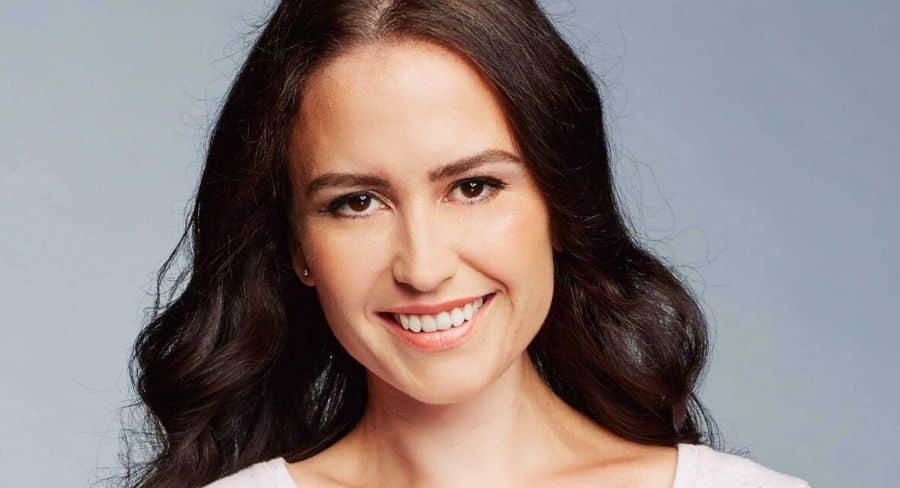 “There’s always going to be big expenses around shoots for us, but I suppose it all comes down to us needing to retain a market-leading position in the big world of home, interior and design. We do invest in our style shoots and home shoots. We want to give the readers what they love, and support the industry, and play in the right area of where we need to be.”

Kirk said planning and shooting the covers is a very organic process and that sometimes they stumble across something else that looks so much better than what was originally planned. “It comes down to what looks best and what our readers will love, and the current issue (April) is a great example of that. We reveal our style director at large Steve Cordony’s kitchen, which is on the cover. We haven’t done a kitchen on the cover before, so it was a risk, but everyone in the office said ‘that’s it, that’s the one!’. That cover is really up – the forecast for that looked brilliant and it’s been really well received in the marketplace.” 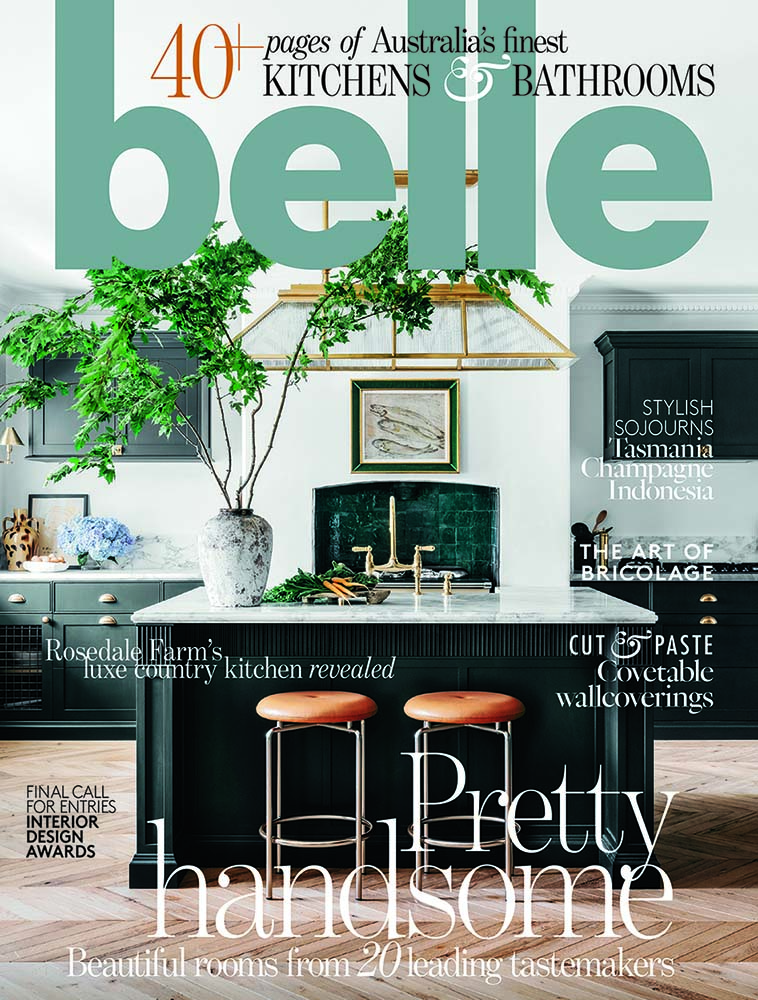 Kirk revealed one of his favourite moments during his time at Belle – so far – was their Guy Sebastian home shoot last year. “It was the holy trinity of editorial, because it was great to score Guy and the designer of his home (Joe Snell), and we actually shot those two together along with Guy’s partner Jules.”

Manto said the cross-platform execution with Sebastian was by far a brand highlight. “It was fantastic as there was quite some significant buzz online around Guy’s home – he was building a house in Sydney’s south but it was really only limited to pap shots of the outside so Belle had the exclusive of the interior and the home owner himself.”

Kirk said that from the beginning, he always thought it would be a great idea to have the video team in to bring the homeshoot to life. “There was such an appetite for Guy’s home as it had been in the media before, and it synced perfectly with The Voice finale, so we brought the digital reveal forward ahead of the print on-sale date.

“It was a really nice case study of how you can harness the power of celebrity, secure good content for the readers and bring it to life digitally. It was a really nice cross-platform activity that saw great results across the board,” he said. Manto also commented on how the video basically went viral online. “We had a very strong reception. It was the first time Belle really executed a cross-platform piece of that scale and it was extremely successful,” she said. Belle online had 40.5K unique views of the home tour gallery, and 3200 video plays. To put that into context, it was the most successful feature for Belle online since the brand launched its digital arm in mid-2015.

Kirk revealed that Sebastian is basically a mutual friend with the Belle brand. “It’s funny because he comments on Belle’s social media, which I think is quite sweet,” he laughed. “He actually has a connection with the brand and it’s just a really nice collaboration. He obviously loves design which is in perfect synergy with us, but it’s also lovely that he actually has a connection with us separate to the commercial success of the homeshoot.”

In regards to planning for 2020, Manto said the brand plans on using more video strategy after the raging success of the Sebastian home shoot. “We are looking to secure more home tours of well-known Australians, as we obviously know that now works. Belle has also had huge growth online – we now have an extra 22,000 people following us on Instagram in the past 12 months. People on social media are resonating with the Belle brand who perhaps haven’t before. In 2020, our big goal is to continue to grow the brand’s online footprint through a mix of content and social media strategy.”