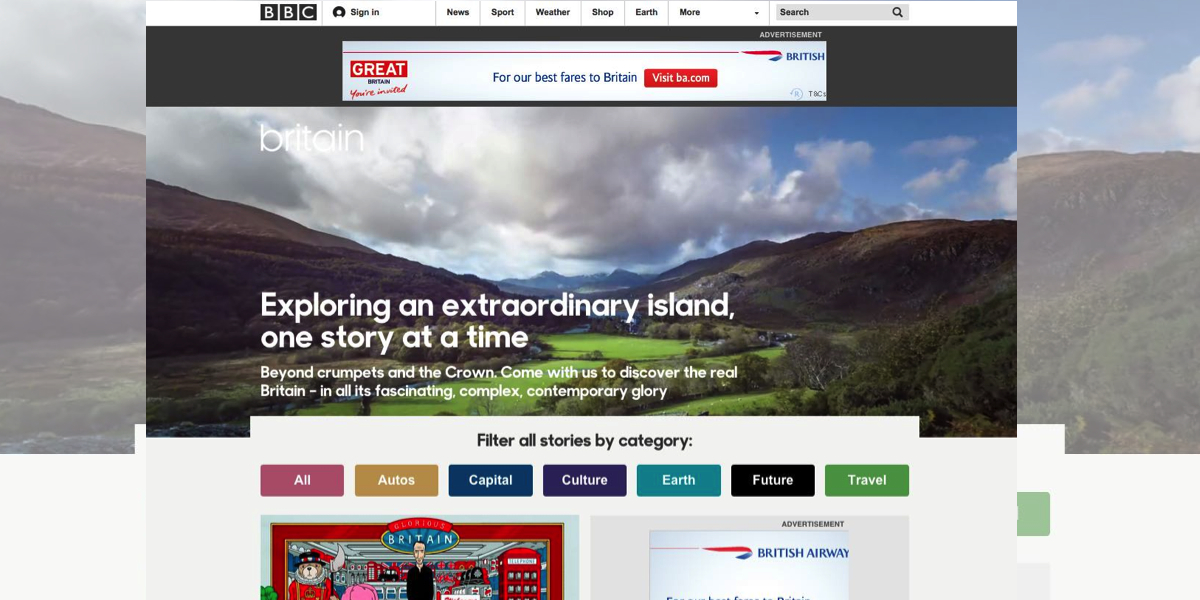 BBC Worldwide, the commercial arm of the BBC, and VisitBritain, the UK’s national tourism agency, have announced a new partnership to launch a dedicated content portal, known as BBC Britain, that tells a compelling story of modern Britain. British Airways, one of the world’s leading global premium airlines, has been confirmed as the first company to join the partnership.

BBC Worldwide will have full editorial control over the site. VisitBritain and British Airways will have all the advertising inventory around the BBC Britain content, which will be populated with joint collateral. There will be future opportunities for other great British brands to come on board as the partnership evolves.