• The week kicks off with the premiere of Blue Planet Revisited

BBC Earth is celebrating 50 years of Earth Day with Earth Week, a special line-up of programming which looks at the beauty of our planet both up close and from far away and explores our vital role in ensuring its future.

Screening each evening at 8.30pm from Monday, April 20, the week kicks off with the premiere of Blue Planet Revisited, exploring the challenges facing the marine eco-system and wildlife in the Great Barrier Reef and the Bahamas. The cameras then move from under the ocean to hundreds of kilometres up in the sky in Earth From Space, capturing natural spectacles on an epic scale and showing viewers the planet’s extraordinary beauty and diversity in astonishing detail. The week will finish with a special Sunday screening of every episode of David Attenborough’s iconic Planet Earth II. 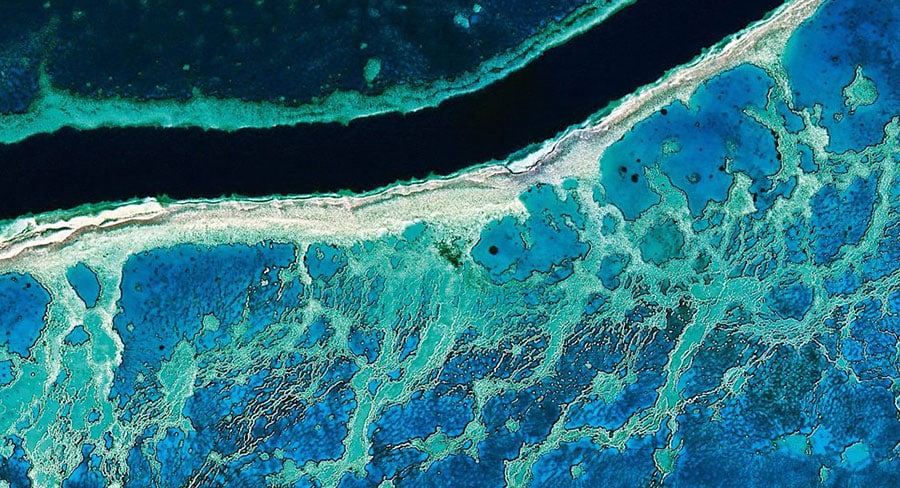 Presented by Liz Bonnin, Chris Packham and Steve Backshall, Blue Planet Revisited returns to two key locations featured in Blue Planet II to see how things have changed, talk to the scientists who know our oceans best and give us a snapshot of the health of the ocean. With the breeding season underway, the series focuses on the action following whales and their calves and  turtles and their hatchlings together with spectacular footage of shark dives in the Bahamas and the underwater dawn chorus of the Great Barrier Reef, home to 600 different kinds of coral and more than 1500 species of fish.  Marine experts looks at the effects of the rise in plastic pollution and boat traffic, alongside our continued harvesting of fish stocks and what is being done to help our oceans.

In Earth From Space, narrated by Chewitel Ejifor, cameras in space show us natural spectacles on an epic scale and are now so advanced that they can track down individual animals and humans. Cutting-edge technology tells the story of life on Earth from a new perspective. They allow us to marvel at the dancing neon Northern Lights and the swirling blues of blooming plankton, zoom in on herds of elephants searching for water, and discover previously unknown colonies of penguins. Satellites also capture disappearing forests and show cities sprawling over decades.

Jo Shinner, executive producer, says: “We learnt so many things making this series: that satellite cameras have revolutionised how scientists can monitor the natural world; how new populations of species such as penguins have been discovered; how we can follow migrating animals; how extraordinary lacy dune formations on the coast of Brazil become a filigree of pools where brightly coloured turtles hunt fresh water fish; how experts can monitor the health of coral reefs from the patterns of sand around them and how a wombat population in South Australia is thriving from a landscape spattered with tiny marks that is their burrow.

“In addition there is no doubt that images from space are simply awe-inspiring. Beautiful. Epic. Sometimes you gasp at seeing places you know from a different angle. Other times you simply can’t work out what on earth they could be.

“And there is no doubt that the most sobering and extraordinary insight of all is being visually confronted with the incontrovertible truth of just how fast our planet is changing. Time-lapses over years show cities growing and swallowing up the countryside around them. Huge swathes of forests are decimated before your eyes or converted into regular agricultural patterns. Ice melts away from mountain tops and glaciers.”

Winding up the week is Sir David’s Attenborough’s Planet Earth II. When Planet Earth was released it transformed how viewers saw their planet. The first natural history series to be filmed in high definition, it captivated a global audience of over half a billion people by giving them an unprecedented view of life on Earth. Ten years on, Planet Earth II revisits this rich subject but with a new perspective, immersing audiences in the most spectacular landscapes and habitats on Earth and bringing them eye to eye with the animals that live there.