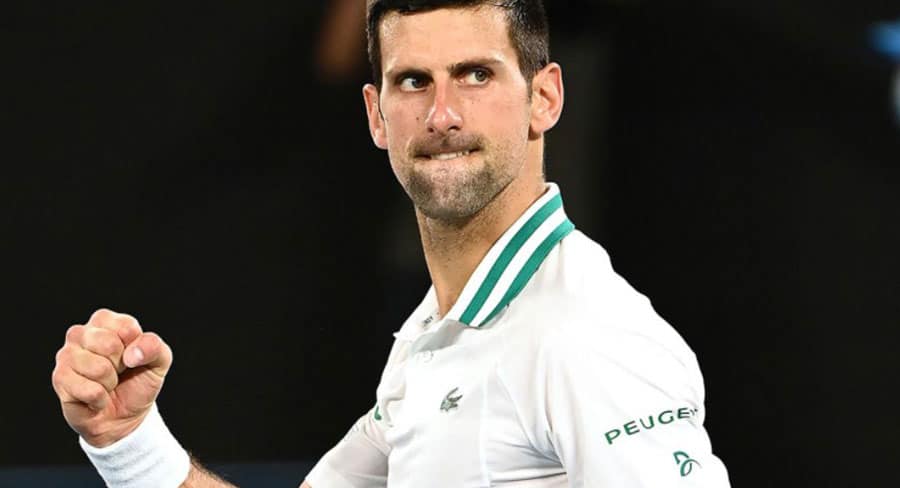 • The Australian Open men’s final can be seen live on Nine and 9Now from 7:30 pm.

Novak Djokovic looks to continue building his Australian Open legend by winning a record extending ninth Australian Open title as he faces Russian Daniil Medvedev. The match will broadcast live on Nine and 9Now from 7:30 pm.

Djokovic won his first major title at Melbourne Park as a 20-year-old in 2008, defeating Frenchman Jo-Wilfried Tsonga in the final. Over the last 13 years, the Serb has gone on to win seven more titles.

Medvedev aims to join Dominic Thiem as a grand slam men’s singles champion born in the 1990s when he attempts to win his first Grand Slam title.

This will be his second major final after losing to Rafael Nadal in five sets in the final of the 2019 US Open, Medvedev would be the first Russian to win a major since Marat Safin in 2005.

In the first men’s semi-final, the Open’s night session had an average of 562,000 and 391,000 and Novak Djokovic was centre stage defeating qualifier Aslan Karatsev in the semi-final to go through to his ninth Australian Open final. The match averaged a metro audience of 588,000. The Open was also #1 in the 16-39 and the 18-9 demographics.

The Australian Open has aired from Monday, February 8 until the men’s final on Sunday, February 21, live and free on Nine and 9Gem.

Games have also been available on 9Now on-demand, making sure that viewers are able to watch every point of every match on every court.

Hosting the Australian Open on Nine has been James Bracey, Rebecca Maddern, and Tony Jones, while over on 9Gem, Alicia Loxley, Seb Costello, and Sam McClure hosting the broadcast.

The Australian Open men’s final can be seen live on Nine and 9Now from 7:30 pm.