Australian online ad spend continues to surge: stronger growth than US and UK

The report showed that quarter on quarter, growth was subdued at 1.3%, a typical drop following the traditionally strong Christmas season in Q4 across all media channels. However year on year, General Display advertising demonstrated strong growth of 46.7%  for the March quarter, driven by mobile and video growth. Search and Directories advertising recorded an increase of 29.9% year on year, while Classifieds grew 20.8% year-on-year for the March quarter. 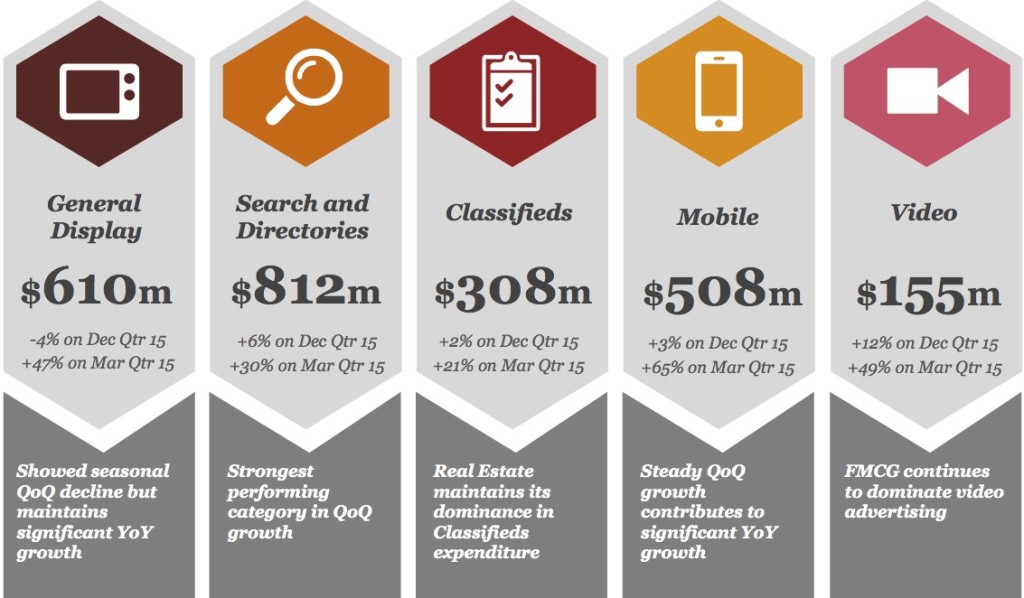 “After a busy Christmas retail season, the first quarter of the calendar year is usually quieter in ad spend. Digital, however, still grew overall. This goes to show the central role and increasing regard in which digital is held by many marketers and agencies,” said Megan Brownlow, PwC executive director.

Motor Vehicles and Real Estate continued to dominate the General Display market in the March quarter 2016, increasing their share of spend from 28.5% to 31.2% of General Display

Mobile video advertising is included in the mobile display category.