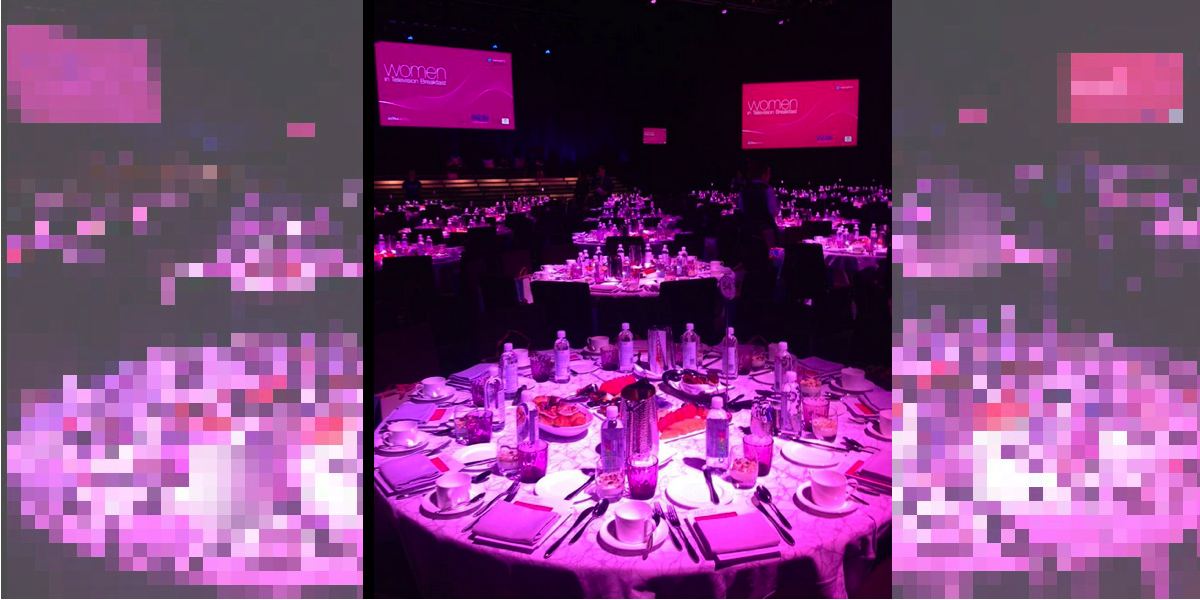 Television is “a long plastic hallway where thieves and pimps run free and good men die”, the BBC’s Yalda Hakim told a 300-strong crowd at ASTRA’s annual Women in Television breakfast. Mainly female (but some male) journalists, producers, Women in Media representatives, executives and PRs gathered at in Sydney’s The Star this morning to open the annual ASTRA conference. In a panel alongside Open Slather’s Magda Szubanski and moderated by At The Movies’ Margaret Pomeranz, Hakim also acknowledged that television has some positive aspects, telling a 300-strong crowd about her job seeking out stories that needed to be told.

“Anyone can report on stories that have already been discovered, but not everyone can find them,” she said. Citing examples of being smuggled into Mosul, reporting from refugee camps and a self-funded trip to her native Afghanistan that became an SBS report called Yalda’s Kabul, she told the crowd that a combination of hard work and luck came together to allow her success.

Hard work, taking risks and tenacity were cited as the keys to success, alongside a perhaps more unexpected theme – being refugees. Hakim was born in Afghanistan, then taken by people smugglers to Pakistan from where her family made their way to Australia. Despite her status as an Australian comedy icon, Szubanski’s Polish father moved to Britain after World War Two, then the Szubanskis came to Australia. “See, this is what happens when you let refugees in”, quipped Szubanski.