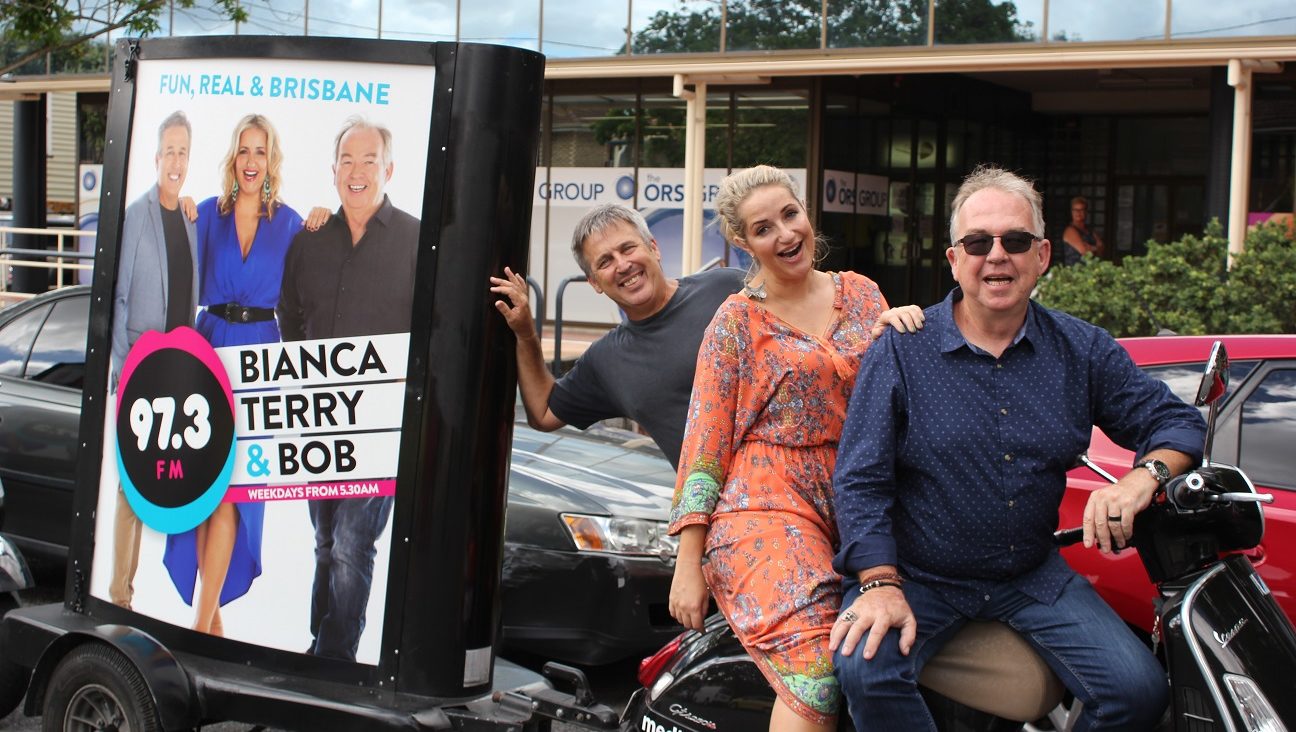 After the introduction of a new breakfast lineup at the start of 2017, ARN’s 97.3 is now running a new campaign for Bianca, Terry and Bob using a listener called Carly from Redland Bay who admits she didn’t like hearing Robin Bailey was leaving the show.

“I was angry, to be honest with you,” says Carly in the ad. “After 10 years of being with three people every morning, [I was] confused as to what had happened.

“Bianca came along and totally changed my thoughts on the breakfast team. I realised then it was three people. The show for me now is all about the energy that Bianca brings and she complements Terry. She has made the whole team gel…It is all about the three of them now, it’s not just one person.”

Robin Bailey didn’t have her contract renewed by ARN after she couldn’t come to terms with the company.

In the first radio ratings results of 2017, Triple M breakfast now outrates 97.3 in Brisbane after the SCA station added Robin Bailey to its breakfast show.