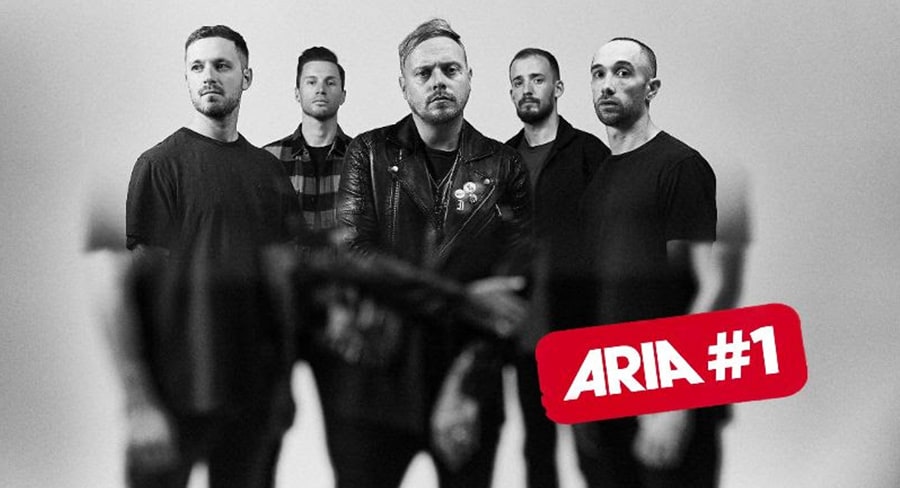 The highest-ranking Australian artist is The Kid Laroi with Without You. The track comes off his album F*ck Love, which peaked at number one on the album charts.

Fellow Sydney rapper Masked Wolf continues his climb up the chart with Astronaut In The Ocean. The single is up nine spots to #16 in its third week in the top 50.

There are three new entrants to the singles charts this week:

In a big week for new music, the top three albums this week are all new entrants to the charts.

In second place this week is Sheppard’s Kaleidoscope Eyes. This comes three years after hitting number one with Watching The Sky in June 2018. Last year was a big year for the band: they released a single every month between February and December and they also performed at the AFL Grand Final, held in their hometown of Brisbane for the first time due to the Covid-19 pandemic. Kaleidoscope Eyes is Sheppard’s third straight top two album, having also hit number two with debut album Bombs Away in 2014.

In third place, Alice Cooper claims his highest-charting album on the ARIA Charts with Detroit Stories. It becomes Cooper’s eighth top ten album in Australia and second top ten studio album in a row. His 21st solo album, Detroit Stories is the follow-up to Paranormal which peaked at number four in 2017.