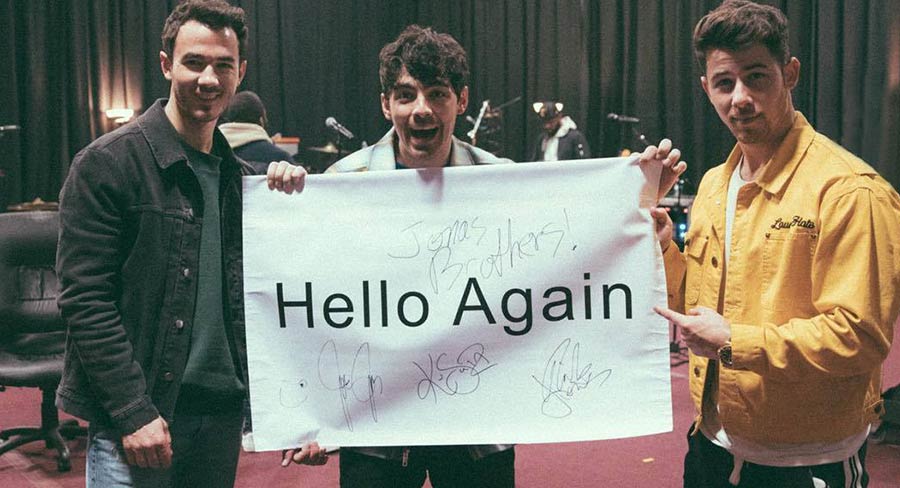 The reformed Jonas Brothers have surged all the way to their first #1 in Australia.

After a return to the top 10 at #5 last week with Sucker, the reformed Jonas Brothers have surged all the way to #1 as Shallow falls to #5. Sucker is their biggest hit and first #1 in Australia. The comeback has been a big success globally with the tune entering the US chart at #1, their first chart topper in their home market, which comes 12 years after they first charted there.

The week’s other big mover in the top 10 was Post Malone’s Wow, which leapt from #6 to #2, a new peak for the song that has been charting for 11 weeks. The tune is now available in a new remix, which could help prolong its stay near the top.

The only track new to the top 10 this week is 3 Nights from Dominic Fike, which moved from #12 to #9, also after charting for 11 weeks. The 23-year-old Fike is being referred to as the “$4m man” by some which is a reference to the reputed worth of his Columbia Records recording contract.

The biggest mover outside the top 50 was Billie Eilish with Wish You Were Gay surging from #57 to #12 in its second week. The song is the fourth track to chart from her forthcoming debut album When We All Fall Asleep, Where Do We Go? (due in the last week of March). Eilish and her music have been getting endorsements from people like Dave Grohl and Alicia Keys recently. Eilish’s biggest chart hit so far is February’s Bury A Friend, which peaked at #3 and is still on the chart at #11 after six weeks.

The sole top 50 entry on debut was Khalid with My Bad at #30, a track from his second album which is due in the first week of April. The US singer/songwriter remains in the top 10 with Talk at #8 after five weeks.

Ariana Grande hangs on to top spot for a fourth week, which as ARIA points out, gives this album more weeks at #1 than the combined time at the top for her three previous chart toppers. Grande performed her new song Needy, an album track, at the iHeartRadio Music Awards last week.

Just missing top spot is prolific Sydney rapper Kerser whose eighth album Lifestyle charged onto the chart at #2. This is his highest chart position after previous albums peaked at #5 (Engraved In The Game 2017) and #4 (Tradition 2016).

Another rapper making a make in the top 10 this week is Juice WRLD with his second album Death Race For Love. This is his ARIA Album Chart debut and the release features his single Robbery, which sits at #41 this week after four weeks on the Singles Chart.

#11 Foals with Everything Not Saved Will Be Lost Part 1. The Fifth album from the Oxford rock band previously at #1 with Holy Fire in 2013. Part 2 of Everything is due for release in September.
#14 Dido with Still On My Mind. Also the fifth album for the UK singer/songwriter and her first album since 2013. Dido had #1 albums in 2001 (No Angel) and 2003 (Life For Rent).
#15 Stella Donnelly with Beware Of The Dogs. The debut album from the Perth singer/songwriter after the EP Thrush Metal in 2017. Donnelly is on a world tour at present (Rough Trade in Brooklyn tonight), which ends in the UK in early May before it reignites with an ambitious schedule in early July.
#29 Maren Morris with Girl. Another album number five this week – this time from the US country singer/songwriter which is her biggest hit here. Her only other album to chart with ARIA was Hero, which peaked at #69 in 2016.