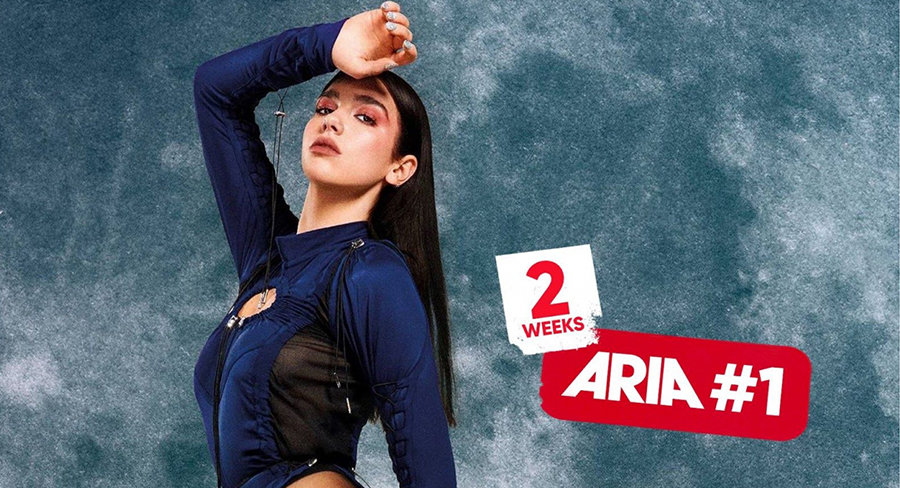 British band Glass Animals hits number one on the ARIA singles chart for the fourth week in a row with their song Heat Waves.

The highest rating Australian artist on the singles charts remains Sydney’s The Kid Laroi, who has moved from third to second place with the single Without You, from his album F*ck Love (Savage) which peaked at number one on the album chart. The move has knocked Olivia Rodrigo’s Drivers Licence down to third, with the track celebrating its tenth week on the chart.

In tenth position, Silk Sonic’s Leave The Door Open has moved up three spots. The song cracks the top ten a week after making its debut. The duo – Bruno Mars and Anderson .Paak – made their live debut when they performed the song as part of the Grammy Awards ceremony this week.

Justin Bieber’s Hold On jumps six spots to #13 in its second week on the chart. Its move comes the week before parent album Justice is likely to make a big debut on the albums chart.

There are only two new additions to the singles chart this week. On The Ground by Rose came in at at #31, and Telepatía by Kali Uchis debuted at #39.

In its 51st week in the top 50, Dua Lipa’s Future Nostalgia returns to number one on the albums chart. The second studio album from the English singer-songwriter debuted at number two on the chart in April 2020 and hit number one for the first time in its third week in the top 50. Its return to the top ten came after the release of a deluxe reissue, known as The Moonlight Edition, in mid-February.

Just like the singles chart, the highest ranking Australian artist is The Kid Laroi at number two with F*ck Love (Savage).

This week’s other new entrants to the album charts are Roses by The Paper Kites at #23, When It’s All Said And Done… Take Time by Giveon at #32, and Wild West Mixtape by Central Cee at #37.