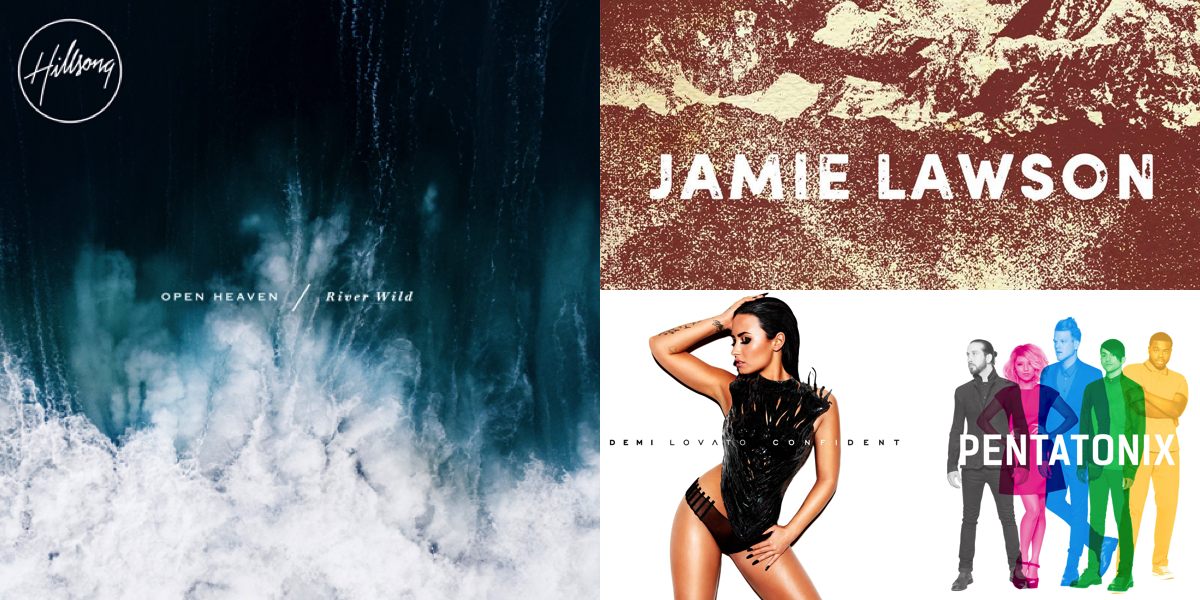 “Downtown” from Macklemore and Ryan Lewis holds firm yet again this week, replicating the chart success the act had in 2013 with “Same Love”, which was also on top for four weeks.

Justin Bieber has slipped from second place, but “What Do You Mean?” still hangs in the top five though at #5.

Busting up the cosy chart monopoly near the top are three artists all making a run for a #1 spot:

One Direction’s “Perfect” is new at #4

Other chart newcomers this week:
#31 Zara Larrson & MNEK with “Never Forget You”
#36 Troye Sivan with “Take Me Down”
#37 Marcus Marr and Chet Faker with “The Trouble With Us”

“Open Heaven/River Wild” is another #1 album, and the second this year, for Hillsong Worship with the release beating some others who made a rush for the top on their first week of release too – Demi Lovato with “Confident” landed at #3, Jamie Lawson with “Jamie Lawson” at #4 and Pentatonix with “Pentatonix” at #5. It is the fifth album from Lovato and the fourth from Lawson and Pentatonix.

Special mention of Taylor Swift who racks up a year in the top 10 with “1989” at #6 as Nova Entertainment today announces its biggest-ever Red Room with the US superstar. (See elsewhere in Morning Report). Meanwhile Ed Sheeran is top 10 again with “X”, but that colossus has racked up 70 chart weeks now!

Other chart newcomers in the top 50 this week were:
#27 Nothing But Thieves with “Nothing But Thieves”
#31 State Champs with “Around The World And Back”
#37 Omi with “Me 4 You”
#38 Machine Gun Kelly with “General Admission”
#46 Raury with “All We Need”