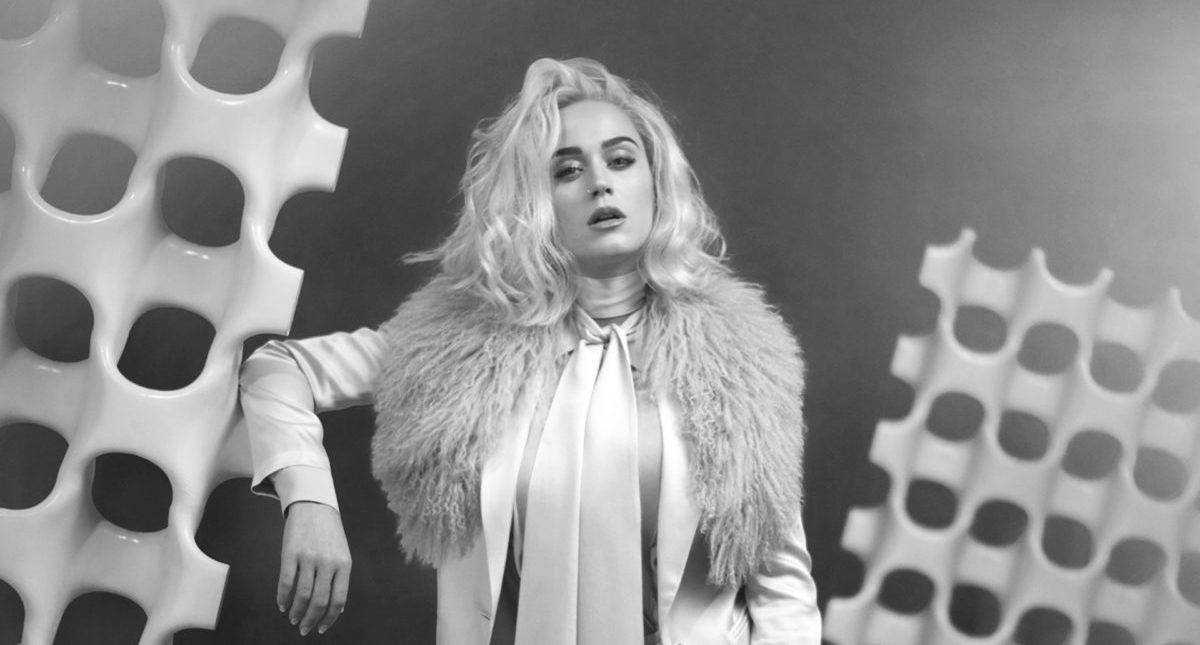 The most likely chart challengers appear to be Zayn & Taylor Swift or Katy Perry.

With just seven days left in the second month of the year we have only had two artists topping the 2017 ARIA Singles chart so far – Clean Bandit for the first two weeks of the year and ever since they vacated top spot it’s been Ed Sheeran.

In all of Sheeran’s six weeks on top, “Shape Of You” has managed to hold #1 spot with “Castle On The Hill” firmly lodged at #2.

The most likely chart challengers now appear to be Zayn & Taylor Swift or Katy Perry.

“I Don’t Wanna Live Forever” may be an unlikely chart-topper though for Zayn & Taylor Swift as it has taken 10 weeks to equal its previous peak of #3.

Katy Perry has the only song new in the top 50 this week with “Chained To The Rhythm” featuring Skip Marley debuting at #4. The Grammy performance of the song has helped momentum this week.

Julia Michaels managed to hold at #7 this week with “Issues” while Amy Shark‘s “Adore” seems on the way down, dropping from #3 to #8 after 15 weeks. 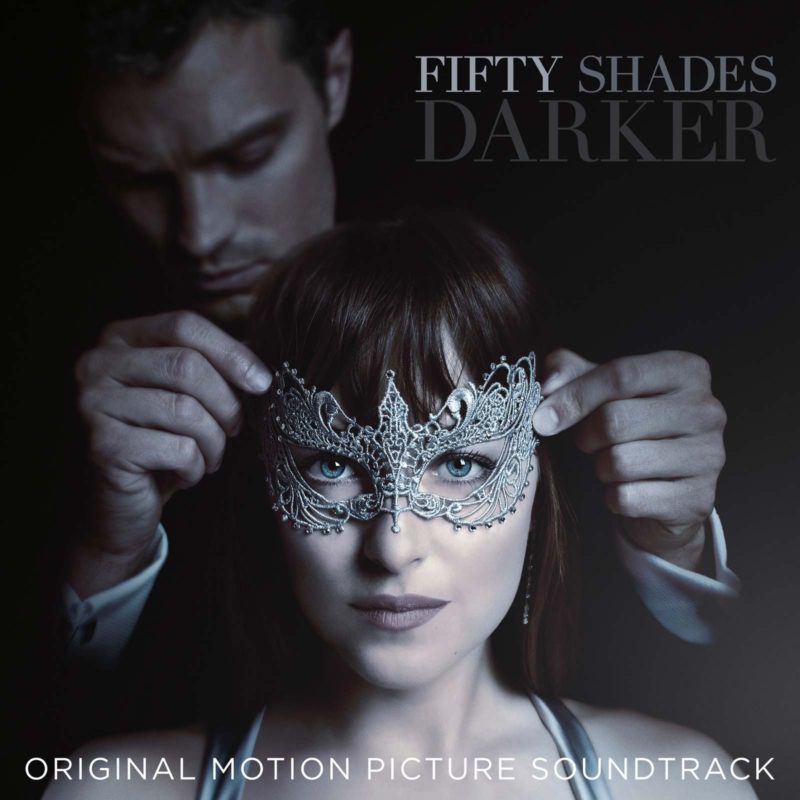 Of the eight charts so far in 2017, soundtracks have rested at #1 four times. “Fifty Shades Darker” is the latest, landing at #1 as did the soundtrack for “Fifty Shades Of Grey” back in February 2015. The album features “I Don’t Wanna Live Forever”, which as noted above returned to a previous peak this week.

The soundtracks to Trolls, Moana, Sing and La La Land all remain top 20 this week.

Three other albums debuted in the top 10:

The Grammys and her impending Aussie tour pushed Adele back into the top five with “25” while Guns N’ Roses went top 5 too with “Greatest Hits” as they tour the country. Their “Appetite For Destruction” is top 20 again too with several other Gunners’ albums also creeping higher.

Grammy performances helped keep Ed Sheeran’s “X” top 10 while Beyonce‘s “Lemonade” shot back up the chart from #42 to #12 in its 42nd week.

Two other new arrivals debuted in the top 50: 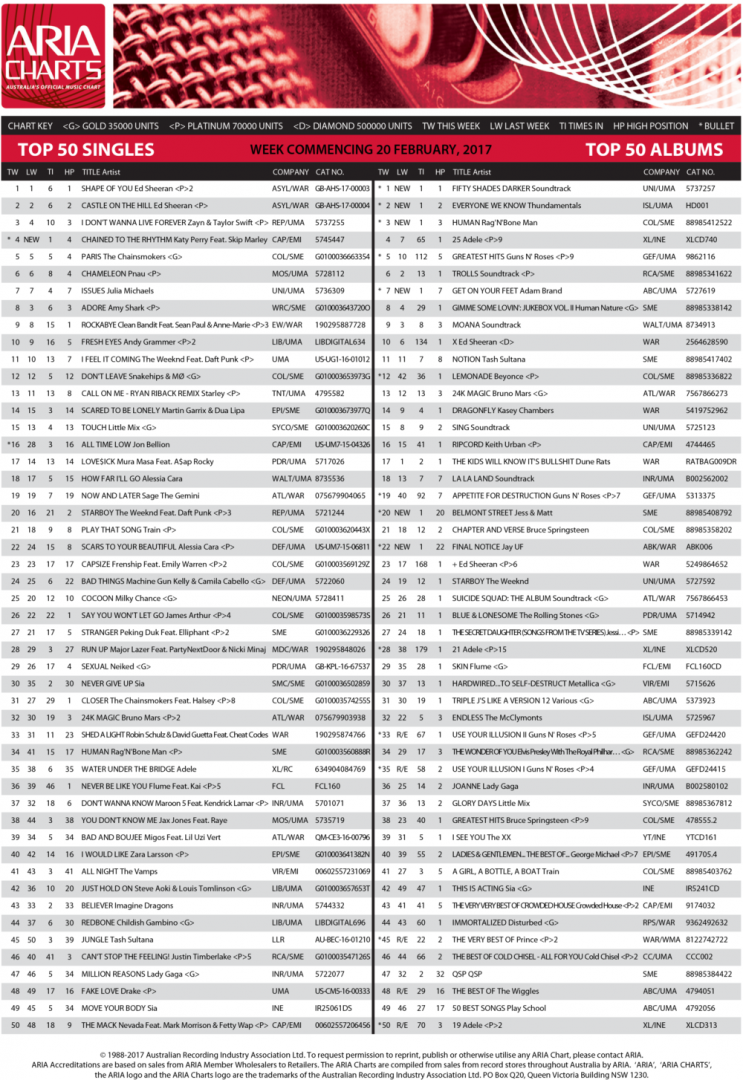