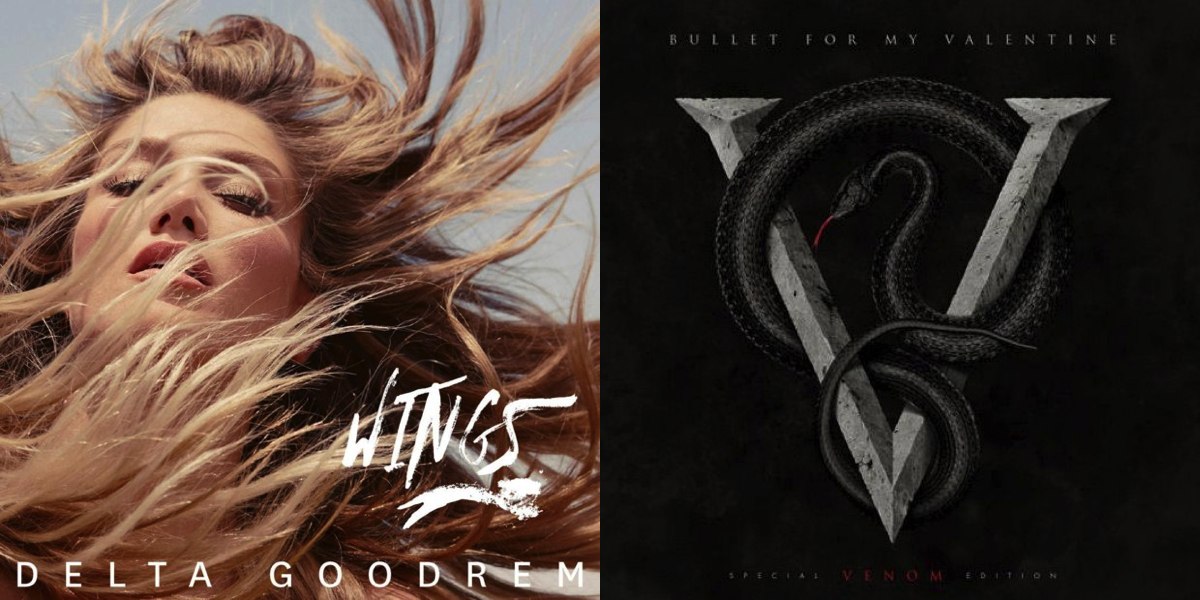 After a second week on top of the singles chart, Delta Goodrem is surprisingly just one week away from equalling her longest run at #1 on this chart which was three weeks with “Out Of The Blue” almost 10 years ago in October 2004. Last week Goodrem claimed the scalp of Adam Lambert keeping him from the top, this week she is too good for Calvin Harris & Disciples with “How Deep Is Your Love” which jumps from #7 to #2.

Taylor Swift’s “Wildest Dreams” is starting to look menacing with the song jumping from #43 to #18 as it clocks up three weeks on the chart.

Just a sole new chart entry inside the top 50 which is 5 Seconds Of Summer with “Fly Away” at #26.

Ten new albums smash their way into the top 50 with four of them cranking it all the way to the top five.

New at #1 is Bullet For My Valentine with “Venom”. The Welsh metal band are no strangers to the ARIA chart with four of their five albums landing top five, but this is their first #1.

The Waifs were the other artist to debut near the top with “Beautiful You” at #5.

The beauty parade of the other chart debuts looks like this:
#25 Dillon Francis with “This Mixtape Is Fire”
#27 Melanie Martinez with “Cry Baby”
#28 Neck Deep with “Life’s Not Out To Get You”
#41 Soulfly with “Archangel”
#43 Andrew Hagger with “Vivid”
#47 Stories with “The Youth To Become”