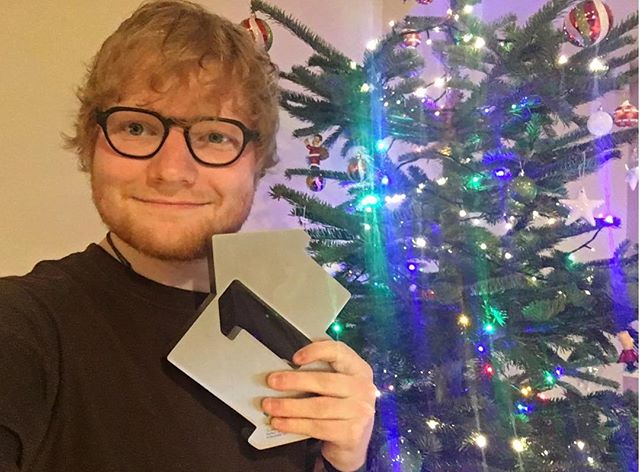 Ed Sheeran ends the year on a chart high

Albums
Completing his end-of-year chart takeover, Ed Sheeran’s “Divide” moves from #3 to spend another week at #1 after 43 weeks on the chart.
And get this – there is still plenty of live in his back catalogue too:
#19 “Multiply” after 184 weeks on the chart
#27 “Plus” after 291 weeks on the chart
Sheeran’s latest album continues to fill his coffers globally too with the album back at #1 in the UK for the seventh time, while in the US it has now sold more than 1m copies and hasn’t moved out of the Billboard Hot 100 top 20 since release.
Elsewhere, the soundtrack to the Hugh Jackman movie The Greatest Showman ploughed into the top 10 at #8 after sitting at #77 on its second week on the chart.
Special mention to a couple of Aussie chart champs too as we farewell 2017:
• “The Very Best Of INXS” ends the year at #18, after 279 weeks on the chart
• “The Best Of Cold Chisel” ends the year at #24, after 252 weeks on the chart