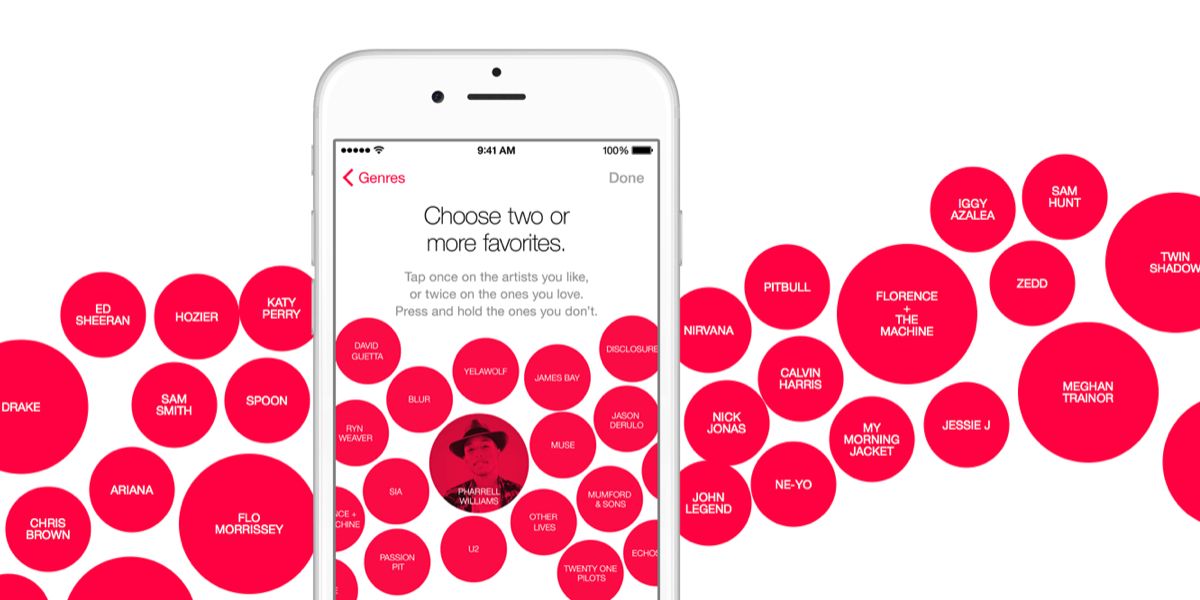 Apple Music launches at $11.99 after 3 month trial + Is this the future of radio? Apple launches global live radio station Beats 1

Apple Music is now live after being launched in Australia and 100 other markets.
The cost, after a 3-month free trial, $11.99 monthly for a single user or $17.99 for a family of up to six.

My first impression of Apple Music is that it’s the most full-featured streaming music app I’ve seen — and heard — and the first I’d consider paying for.
I’ve been testing Apple Music on an iPhone 6 Plus, loaned to me by Apple for about a day. Because of the short testing time, this isn’t a full-on review but a first look. I set out to gather some initial impressions of how it feels to use the product. And to answer the question: Would I pay $10 a month — $120 a year — to use it?
My answer is a tentative yes, with some caveats. Apple has built a handsome, robust app and service that goes well beyond just offering a huge catalog of music by providing many ways to discover and group music for a very wide range of tastes and moods.
But it’s also uncharacteristically complicated by Apple standards.
[Read the original]

•  The Verge on Apple Music:

Here’s Apple Music in a nutshell: it’s ambitious. It borrows ideas from nearly everybody: it has a clean UI like Rdio, a massive catalog like Spotify, a lot of music management buttons like iTunes, and human curation like Beats.
[Read the original]
The Verge has also constructed a helpful grid which compares all the various streaming services.
See the data here.

With the launch of the iTunes upgrade 12.2 today, not only has Apple launched Apple Music, it has also unveiled the global radio station Beats 1.

This early commentary from TheNextWeb:

First impressions: Beats 1 is exactly what radio should be.
The aim of Beats 1 seems to be a worldwide, nonstop radio channel that is curated by actual DJs across the globe. Currently, London, New York and Los Angeles are the headquarters, but it’s pretty clear Beats1 wants to scale.
Beats 1 doesn’t play the same tired hits as terrestrial radio tends to. In three hours, I heard a total of three tracks I was familiar with. That’s a lot of new artists I’m being exposed to, and that’s awesome. DJ Zane Lowe and his crew can focus on showcasing the best in music, not trying to catch my attention as I scan through signals in my car.
[Read the original]