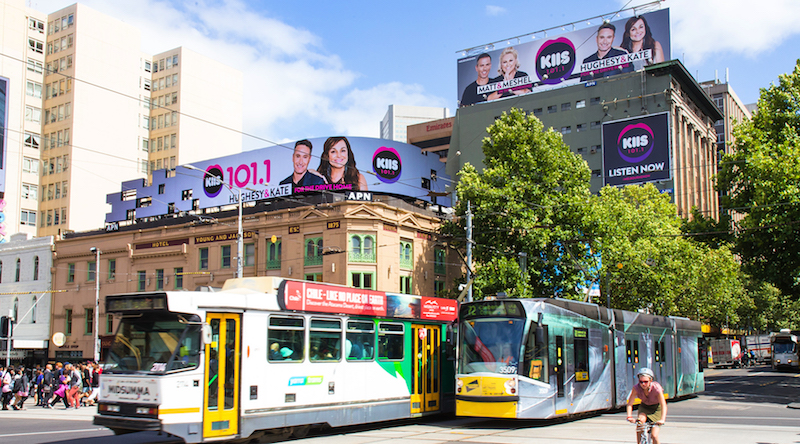 APN Outdoor Group has reported its financial performance for the year ending 31 December 2015:

2015 heralded APN Outdoor Group Limited’s (APN Outdoor) first full year as a publicly listed company on the ASX. Following our successful listing in November 2014, the business maintained focus on its strategy and realised the benefits gained through investment in new products, contract wins, targeted acquisitions and operational excellence. Our businesses in both Australia and New Zealand performed exceptionally well and were driven by similar dynamics. We remain confident that our strategy is robust and able to provide sustainable growth into the future.

Both the Australian and New Zealand Outdoor advertising markets enjoyed solid growth in 2015. The Australian market increased by 17.2% and the New Zealand market by 11.9%. The industry continues to benefit from increasing audiences due to population growth, expanded urbanisation and increased travel habits. The investment in new products, specifically digital screens, has added to the attractiveness to advertisers by offering a broader rationale for inclusion in media plans.
APN Outdoor’s market share grew in both markets due to a combination of factors including new product investment, contract wins, acquisitions and operational improvements.
Achieving share growth in a competitive market is particularly pleasing and will continue to remain a measure of our overall performance.

Outdoor Category Leadership
APN Outdoor operates in four of the primary Outdoor advertising categories being Billboards, Transit, Airports and Rail. Our aim is to achieve and maintain the leadership position in all of these categories.

Sales and Marketing
We continued to improve both our trade marketing and sales efforts throughout 2015. Pleasingly our sales team were recognised in late 2015 in the prestigious Media i Awards as the best National media sales team adjudged against all media sales team peers.
The two major 2015 research initiatives were:
• The Attention Economy researched how audiences in nine major metropolitan Trans-Tasman markets move, think, feel and respond to Outdoor advertising.
• My Real World delved deeply into what transit media means to Australians within their personal sphere of existence and what sorts of action this personal connection elicits.

Outlook
Outdoor advertising momentum from 2015 has continued into the early months of 2016. However, our revenues and earnings are weighted to the second half of the year. Assuming a continuation of current market conditions we expect a revenue increase for 2016 in the range of 8% to 11% and full year EBITDA to be in the range of $84m to $88m.
Demand from advertisers and agencies for our large format digital screens remains strong and as a result, we are planning to accelerate our rollout programme in 2016 to over 20 new digital Elite Screens. To date we have commissioned two new Elite Screens in 2016 with a further nine approved and at various stages of construction.
Source: APN Outdoor