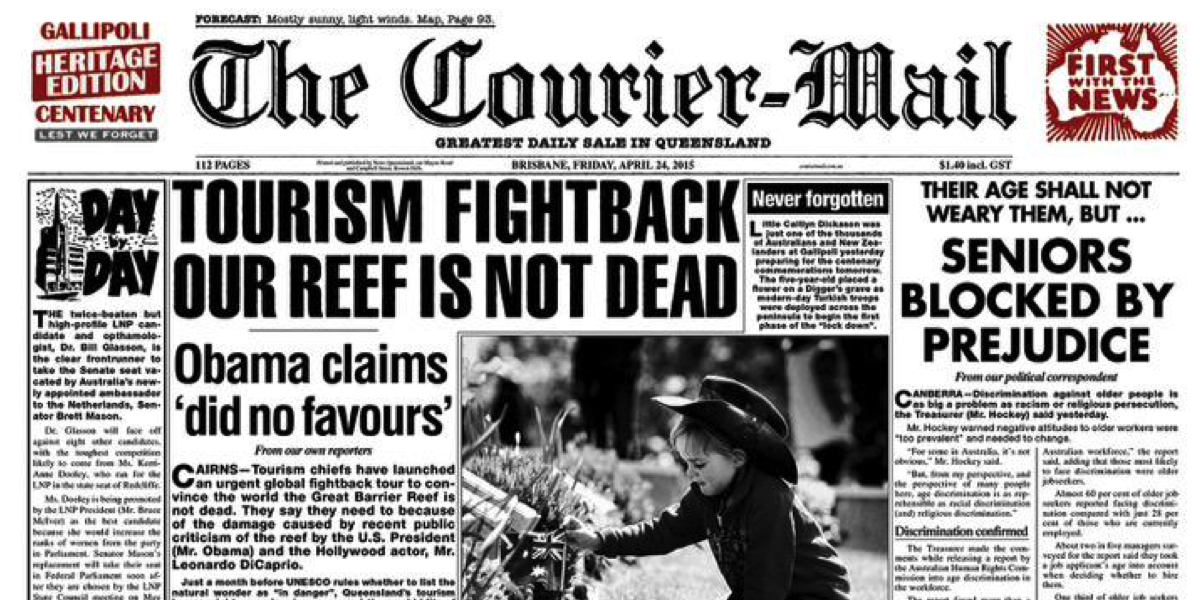 The Courier-Mail’s print edition today commemorates the eve of the Anzac centenary with a special heritage edition — where today’s top stories are presented on an old-style newspaper front page.

The concept was designed to remind readers that a century ago, Queenslanders just like them were — just like them — reading a newspaper, unaware of the history about to unfold 24 hours later on the other side of the world.

As senior writer, Susan Johnson observes in an essay accompanying the Gallipoli Centenary Heritage Edition: “We are very different now to that man or woman who was also reading the newspaper 100 years ago today. And yet we live our lives blind to what’s ahead, just like them: getting up, doing our jobs, living in the present moment. In this we are exactly the same.” 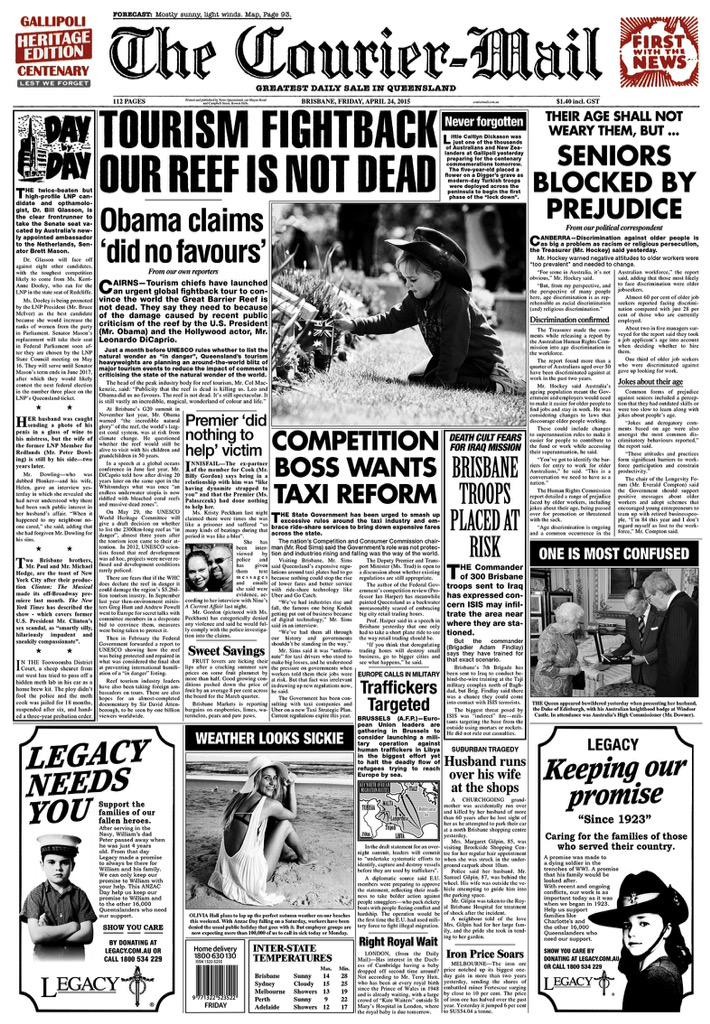 AFL Media is publishing a collector’s edition of the AFL Record magazine to commemorate the 100th anniversary of the landing on Gallipoli with a special cover and improved paper stock throughout.

Anzac-themed editorial includes a feature on Claude Crowl (St Kilda) and Fen McDonald (Carlton) who are believed to have died on April 25, 1915 when the Anzacs first stormed the beach at Gallipoli. Their bodies were never found. Incredibly, the two men not only lost their lives on the same day in Gallipoli, they also made their VFL debut against each other at Princes Park on July 29, 1911. Six VFL players are believed to have died on April 25th and a further 11 lost their lives in the Gallipoli campaign.
Football on Anzac Day is a look at the history of games played on Anzac Day, when it started, and how it has grown to what it is today. Breakout on how the Record covered Anzac Day football in the early days.

Also featured is Checker Hughes, a famous figure in history of Richmond (1932 premiership coach) and Melbourne (1939, 1940, 1941 and 1948 premiership coach). He was awarded a meritorious service medal for his service during World War I. 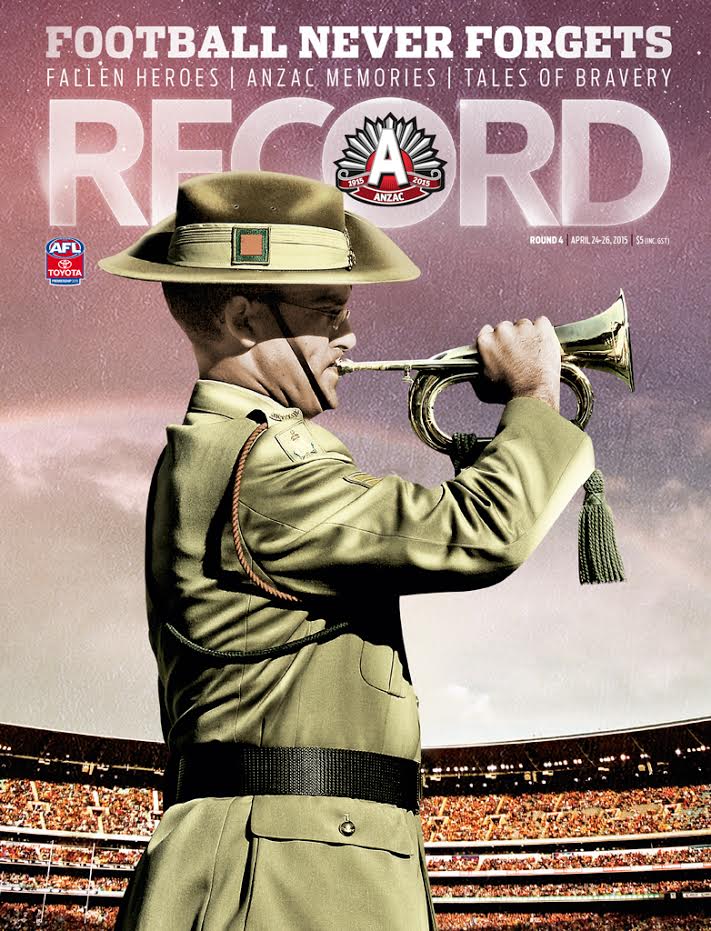