While competition intensifies for SVOD players like Netflix, Presto and Stan at the top end of the market, finding success in the SVOD space are narrow-focus services targeting specific viewer interests. While this month’s Australian launch of NBCUniversal’s reality TV SVOD service hayu will generate some attention, other niche SVOD services have been quiet achievers. One such service is the Australian-managed Japanese animation specialty app AnimeLab.

Currently there are 223 shows available on AnimeLab, with 3-6 new catalogue shows added to the platform each month. In addition to that, a further 25 episodes are made available each week of content that is fast-tracked from Japan. These are labelled on the site as “simulcasts”. The fast-tracked content is essential to the service. With a passionate youth audience of anime fans, to keep ahead of fans resorting to measures like piracy, it has become essential for Madman to ensure that the anime content is available when and where the audience is after it. “AnimeLab is a great way to deliver shows to fans – fast and legally,” said Madman brand manager Jessica McCallum.

While Madman Entertainment caters for the hardcore fans with its DVD anime business, AnimeLab is designed to operate more as a gateway for newcomers to the medium or casual viewers. AnimeLab is free to join, with content supported by pre-roll advertising. A premium service for $6.95 per month removes the advertising, provides full access to the catalogue, and has no delays on its fast-tracked content.

Despite this access to new material, the company does not believe that it is harming its core business. “So far we haven’t seen any evidence that AnimeLab is eating into Madman’s disc sales,” explained director of marketing and digital Chris Mander. “We’re seeing some evidence that AnimeLab may be helping to grow the overall size of the anime audience in Australia/New Zealand by making it easy and convenient to discover and watch anime.”

A challenge for AnimeLab is the presence of the international service Crunchyroll. Co-owned by Peter Chernin’s The Chernin Group, Crunchyroll distributes its content in seven languages to a global user base of over 10 million viewers each month. 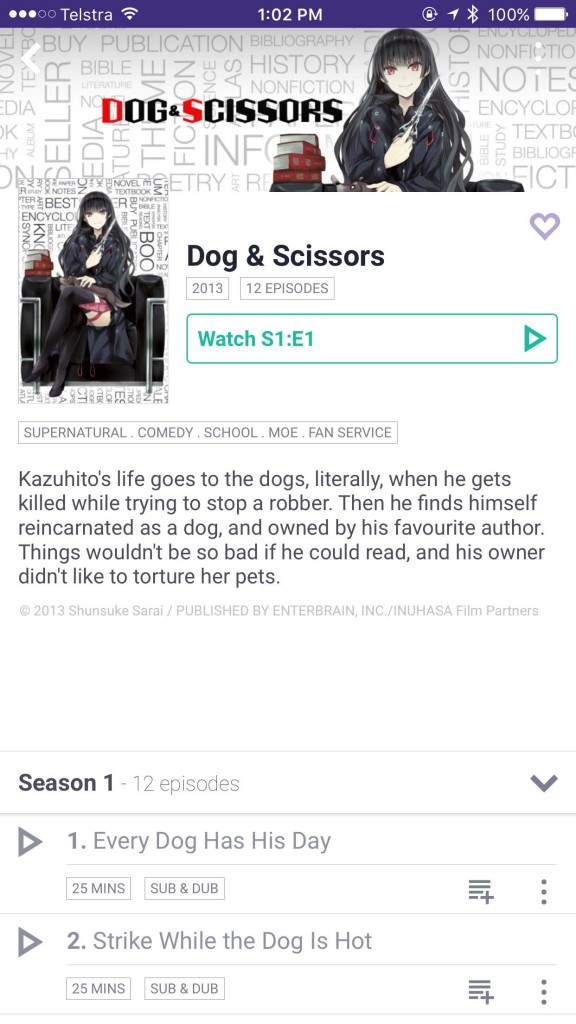 Ease of access to content is one of the driving principles behind AnimeLab, which is a principle that also extends to its platform availability. In addition to mobile availability, AnimeLab is also widely available on connected devices, such as the Playstation, Sony TVs, Android TVs, and the new Apple TV.

Marketing a service like AnimeLab is driven largely through social media and through organic and sponsored content. Facebook is a major driver for AnimeLab in growing and engaging its savvy audience.

“Anime fans are smart and they’re not as likely to engage with something that feels forced or sales-oriented, so we tend to share a lot of the things we, as fans, love most about the series we’re streaming,” said McCallum.

Madman is also a highly visible presence at fan conventions across the country, such as Supanova. “The fans are always at the heart of everything we do, so we’ve also spent a lot of time over the last year connecting with them at conventions and events across the country. Having the opportunity to chat with fans directly and listen to their feedback is extremely important to us,” she said.