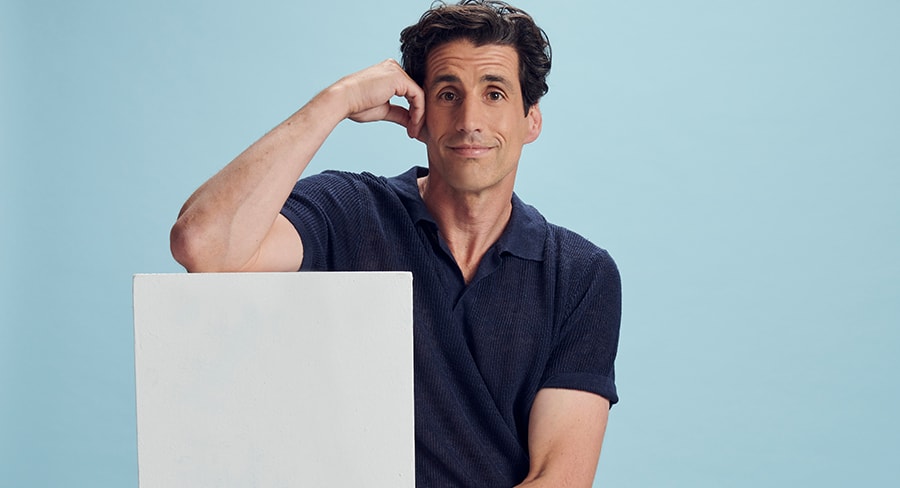 • Plus When Hamish and Andy will end their podcast

Andy Lee is a busy man, in part one of his interview with Mediaweek he talked about his new game show, The Cube Australia. In part two Lee talks about his other projects including his work with Hamish Blake, their production company Radio Karate, The Front Bar, and The Australian Open.

While still a formable duo, Hamish and Andy are not as much of a TV package deal as they used to be with both men doing a series of solo projects most notably Blake on Lego Masters and now Lee with The Cube. Lee said that the pair are flexible with their projects and always keep each other in mind for collaboration.

“We have always been of the mindset that if either of us wants to do something together or solo that both would work hard to make that happen. We are at our best when we are passionate about doing something. It is not about asking permission, it is more about giving each other career counselling, and I got that from Hamish after his success in Lego Masters.”

Lee said he hopes that he will continue to appear on Seven’s Front Bar and that it feels effortless to film.

“I love talking footy and I love having a beer. Last year during Covid-19 it was the only place you could get a beer in Victoria, so I felt particularly lucky. 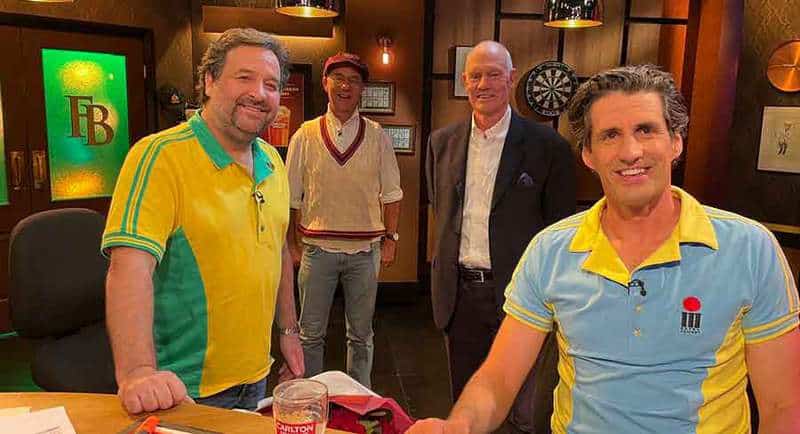 “I grew up loving Mick Molloy who was an icon of mine from my radio days which got me heading down that path to do radio, and ironically ended up on the same station doing the same time slot as him all those years later. Working with Mick and becoming pals with him has been awesome.”

Lee said that Radio Karate – the production company he runs with Hamish Blake, Ryan Shelton and Tim Bartley – has nothing planned at the moment and one reason is that travel is so difficult.

“Perfect Holiday came out in November 2019 which we loved doing and we were eyeing off doing another season and then Covid came and changed those plans. We are both up to travel again, but as to any new TV projects I can’t see anything happening in the short term.”

Lee was a regular face during Nine’s Australian Open coverage hosting the Guess Whom?* segment that featured him playing Guess Whom (for legal reasons) with a who’s who of tennis players.

Lee said that the production was affected by Covid and he was unsure if the players would want to come into a small room and play a board game with him after spending time in quarantine.

“I was super excited when a bunch of players said they wanted to do it including Serena Williams. It was a benefit of having a simple format that they could follow and have fun with.

“We had a trick where we booked the room next to the media centre where they had a compulsory world media interview. They would all be standing in the corridor waiting for their interview when my producer would poke his head around and ask if they would want to come in and do the segment, then we would have them in and out in seven minutes. The way our production team was set up to be nimble helped us and we filmed them all the week before the tournament started.”

Lee said that he is excited to return to the podcast studio in early March for the two podcast series that he hosts with Blake – Hamish & Andy and Remembering Project.

“We have enjoyed truly doing a show for our listeners, and the pressure seems way off. With podcasts, people either know you’ve got one or they don’t. There are no billboards and no real ratings pressure, so you really find yourself making something that you love that listeners enjoy, which gives it a different feel.

“The interesting thing about doing podcasts is international listeners. We are still growing around Australia but when we started it was 90% Australia but now it’s just under 80% local audience.” When asked how long he sees himself continuing to do podcasts Lee compared it to a marriage.

“Our marriage is an opt-in, not an opt-out and most marriages would probably work better that way.”

“We tend to get together at the end of every year or two and if one of us says that they don’t want to do this anymore then the other one has got to nod his head and say that it has been a good ride.”