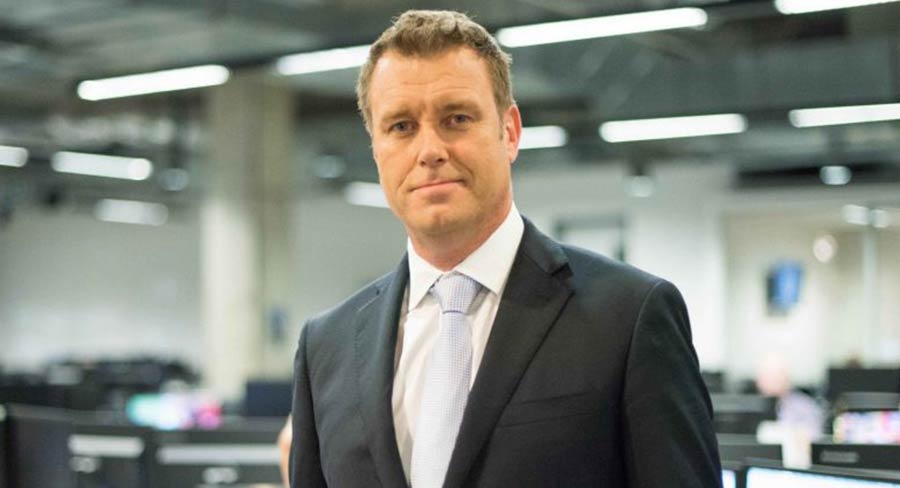 • “A beautiful game: I feel blessed that rugby league is my chosen sport”

Andrew Voss is one of the distinctive voices of rugby league, after calling the game for over 30 years he is also commonly known as the game’s biggest fan.

Which makes it fitting that in 2018 he began hosting Fox League’s The Fan, which is a look at rugby league through the historical and quirky lens of the game’s biggest fanatic, a game that Voss calls “the beautiful game”.

Voss told Mediaweek that when working on his Fox League show he appreciates the ability to work in a collaborative environment with other league fans.

“When working on The Fan, I like feedback from my cameraman to my audio man. I want everyone to have input, and if you’re working with league fans then their contribution is so valuable, and I like working in that environment and I’ve gotten that every day at Fox League.” Ironically, thanks to the show’s filming schedule, Voss said the offseason is his busiest time of the year, pre-filming segments and going around to all 16 clubs to find the best stories in the game. Which, according to Voss, is key in creating the best product for the fans.

“I always felt that he who fails to prepare prepares to fail. I’m the same whether it’s a schoolboy match, a first grade match, or a Test match my preparation is the same. That’s the work, the calling is the fun part, that’s why I never feel nervous. The fans don’t have to like me, they don’t have to agree with what I say, but I hope they understand that I respect the game.”

Voss was already well known to NRL fans before he came to Fox League, thanks to a lengthy stint as one of the voices of Nine’s NRL coverage.

He has joined personalities like Matty Johns, Brett Finch, Bryan Fletcher and Yvonne Sampson in making the switch from Nine to Fox Sports and said that he appreciates the set-up he has at his current employer.

“I’ve got to say, I look back on my 18 years with Channel Nine, and my seven and a half years in radio before that, working in Fox League I’ve never worked with a team like it. It’s the people that you don’t see – the producers behind the scenes that put together the 11 programs and the pre-match and post-match. There are so many people that love what they do, they are so talented that if I don’t turn up and do the best job I can possibly do then I am letting them down. “It is an amazing team behind the scenes at Fox League, I know they love their jobs and I’m proud to be part of the team.”

With most of the filming for The Fan completed, Voss can focus on his commentary and the 2019 NRL season, which he said will be one of the closest ever.

“I’m going to fearlessly predict this season will be even closer than last year, which was extraordinary. I’ve followed the game since I was a little boy and been in the media for 33 years and I’ve never seen a competition table finish so close with two points separating the top eight, and now I feel like it can be even closer this year.”

While being in a position like Voss’s requires he has an opinion on the game and the people in it, he is under no illusion that he can keep everyone happy, but he thinks Russell Crowe will be one of the people to get what they want this year.

“I’ve had a lot of sleepless nights and cold sweats. When you do pre-season predictions and writing columns, which is part of your job, you know you are making friends and enemies. I sat down and I looked at it and thought I don’t know whether there are too many teams at the top that will improve greatly.

“South Sydney is a side that may improve a little bit, which is all they might have to do to win the competition after what they did last year, particularly in attack. I also think that portions of Sydney including Russell Crowe will finally get the grand final they have been hoping for with The Roosters v Rabbitohs.”

After 30 years Voss still says that he loves the game and gives credence to the saying “If you love what you do, you don’t work a day in your life”, which makes it appropriate that he hosts a show that requires the host to be a rugby league fanatic.

“I live and breathe it, I feel very lucky I actually don’t consider it work, don’t tell my Fox League boss’s, but I would do it for nothing.

If it all comes to an end I’ll start mowing lawns.”