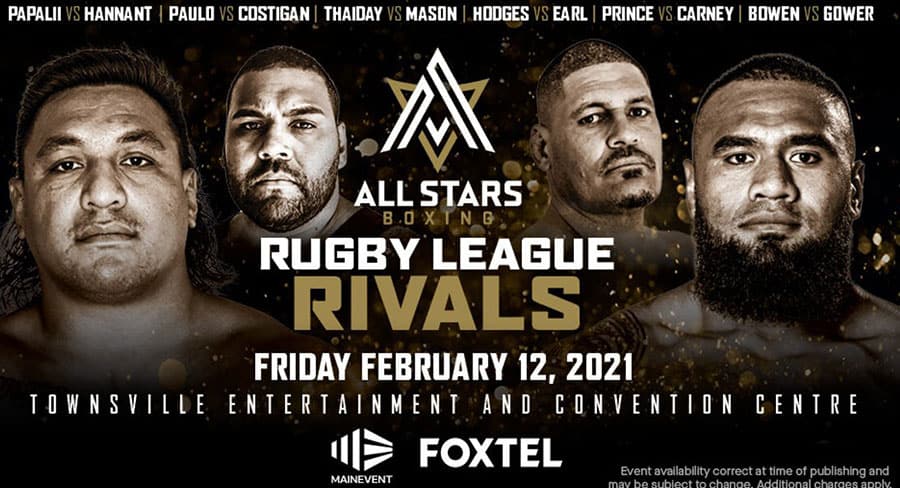 All Stars Fight Night – Rugby League Rivals will be on Foxtel‘s Main Event channel live from Townsville at the Townsville Entertainment and Convention Centre, on February 12.

The night will feature a series of former and current NRL stars facing off against each other in the squared ring, for a night of all-star boxing.

The event is set to kick off at 7 pm EDT and will feature current Canberra Raider Josh Papalii vs. former Brisbane Bronco Ben Hannant in the main event.

The event was originally meant to be headlined by national heavyweight champion Justis Huni but Huni will not be headlining the card due to injury.

Huni was due to defend his title against veteran James Porter but a concussion caused the fight to be scratched. The concussion was caused by Huni hitting his head while wrestling with a friend.

The night of boxing comes on the weekend before the Harvey Norman NRL All Stars game in Townsville on February 20, before the NRL season kicks off in March.

The night of all-star boxing can be purchased for $49.95 on Main Event.