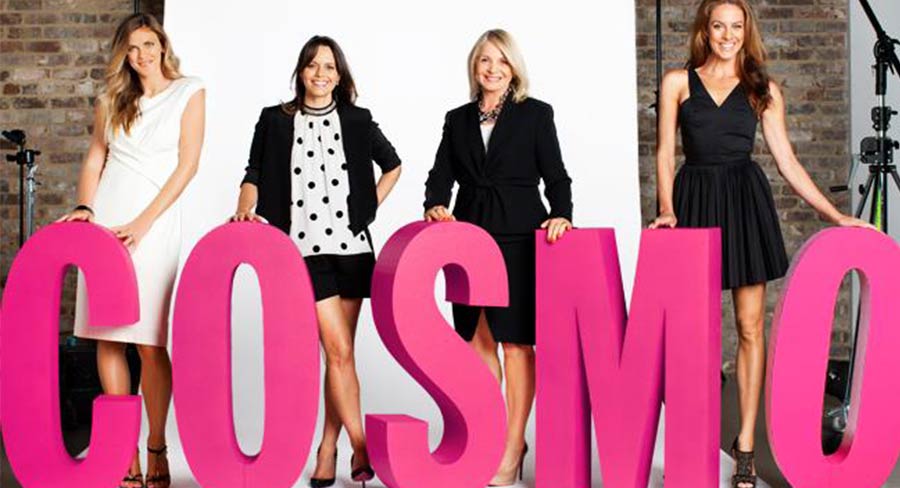 Bauer Media has announced the closure of Cosmopolitan Australia. The December issue will be its last.

Cosmopolitan launched in Australia as part of what was then called Magazine Promotions, the Fairfax magazine arm. Later rebranded as Fairfax Magazines, the title moved along with most of the Fairfax’s other magazine brands to ACP Magazines.

Launch editor was Australian magazine legend Sylvia Rayner, who started the title in Australia in 1973, moving across from Woman’s Day where she was fashion editor.

Bauer Media CEO for ANZ Paul Dykzeul said this week: “It has not been an easy decision to make. However, the commercial viability of the magazine in Australia is no longer sustainable.

“Magazine closures are never easy, desirable or done without careful consideration for all of those involved. We have to ensure that we are continually reshaping and defining the business so that our readers of today, and those of tomorrow, remain engaged with the content we publish and the platforms upon which we deliver.

“We are incredibly proud of the brand and the people who have been involved and represented over the last 45 years. It has helped to launch the careers of media personalities, supported great brands and causes, and inspired millions of young women across the country.

“We would like to thank everyone who has contributed to the brand and its legacy over the years.”

The title has had three editors in the last three years: Claire Askew, Keshnee Kemp and Lorna Gray (current). However, in its first 40 years it had just four editors.

Some of Australia’s best magazine talent worked on the title over the years including Pat Ingram, now editorial director at Fairfax’s Sunday Life, and her former assistant and Mamamia founder, Mia Freedman. The other two editors in that period were editor #4 Sarah Wilson and editor #5 Bronwyn McCahon.

The title was known for its Bachelor of the Year and Cosmopolitan Women of the Year events.

Former editor and Mamamia founder Mia Freedman wrote in her book about making a trip to Hearst HQ in New York for two important interviews ahead of her appointment as editor:

The first was with the Vice President of Hearst International who quizzed me on what I thought about Cosmopolitan as a brand and where I might take it in Australia. I could talk about magazines under wet cement, so that part was no problem.

Next I was taken to meet Helen Gurley Brown. As the editor of US Cosmo, Helen didn’t have direct control over editorial appointments on the international editions, but in every other way she was Cosmopolitan. She had literally invented it.

Mamamia published an extract from the book this week here.

Freedman also commented on her website yesterday after news of the closure broke:

“I have such wonderful memories of the time I spent at the helm of Cosmo and my love and thoughts go to all the young women who have lost their jobs.”

Freedman said Australia’s media landscape had changed in the decade since she left women’s magazines, with women turning to websites and social media instead of magazines.

“Women’s media has moved on and that’s why I founded Mamamia as a media company 10 years ago.

“I saw the writing on the wall back then as the needs and habits of women began to change and magazines just couldn’t keep up by virtue of their business model.”

Former editor-in-chief Bronwyn McCahon told ABC News yesterday: “When I was 20 years old, Cosmo was a rite of passage.

“If you wanted to know something as a teenage girl or a young woman, you couldn’t get on [the internet] and Google it or go onto blogs – they didn’t exist.

“Cosmo was that magazine that you waited for to help solve your emotional angst about things, whether it was something that was happening with your body or a relationship.”

At its height, the Australian magazine was selling around 400,000 copies, which is thought to have dropped well below 50,000. Publishers no longer release magazine circulation results in Australia.

“I really did think our glorious pink beacon would be safe, even adrift in a turbulent sea of print closures. I owe this iconic, glossy dame a HUGE amount.

“Cosmo took me in (@miafreedman, to be exact) when I was 23, newly single, and A Bit Scared About Everything, and over the course of three years as beauty editor, and eight years as a dating columnist, made me confident, competent, a lot (f)riskier with fashion, and exposed me to an industry where women were in charge, and women made shit happen.

“Cosmo gifted me lifers like @bronwynmccahon, @christinecentenera and (indirectly) @justine_cullen, as well as a host of other brilliant (mostly country) folk (@_sarahwilson) who’d all come to the big smoke to make something of themselves. It was my first real understanding of sisterhood, and it was magnificent. Life-changing, even. For a host of reasons (“being in my twenties”) I was pretty insecure and threatened by women up until then, but being thrust into the fold of 30 or so funny, talented, supportive, driven women did phenomenal things for me as a person, and directly contributed to my current career of playing with, supporting, making stuff for, and writing things to, women. If only we could ALL experience such a luminous, feminist and empowering chapter of professional and personal growth in our early twenties! Gah!

Oh god. I’ve made it all about me as usual.

“Thank you, Cosmopolitan, you groundbreaking, game-changing, saucy sweetheart. You have done a lot of good things for a lot of women, for a long time.”

“I was editor #4 in the 45-year history and I landed in the job on crutches (mountain bike accident) having never owned a hair dryer, heels or makeup at 29 with nooooo idea how to pick up a dude or what Japanese straightening was.

“I remain incredibly grateful for everything I learned and the incredible women who guided me and supported me and worked with me.

“Especially Helen Gurley Brown who really changed the world. And me. Good luck to everyone on the current team moving on to fresh stuff. Know that your life has changed and you can’t unlearn how to be the wise girlfriend who holds another’s hand through the big lessons.”