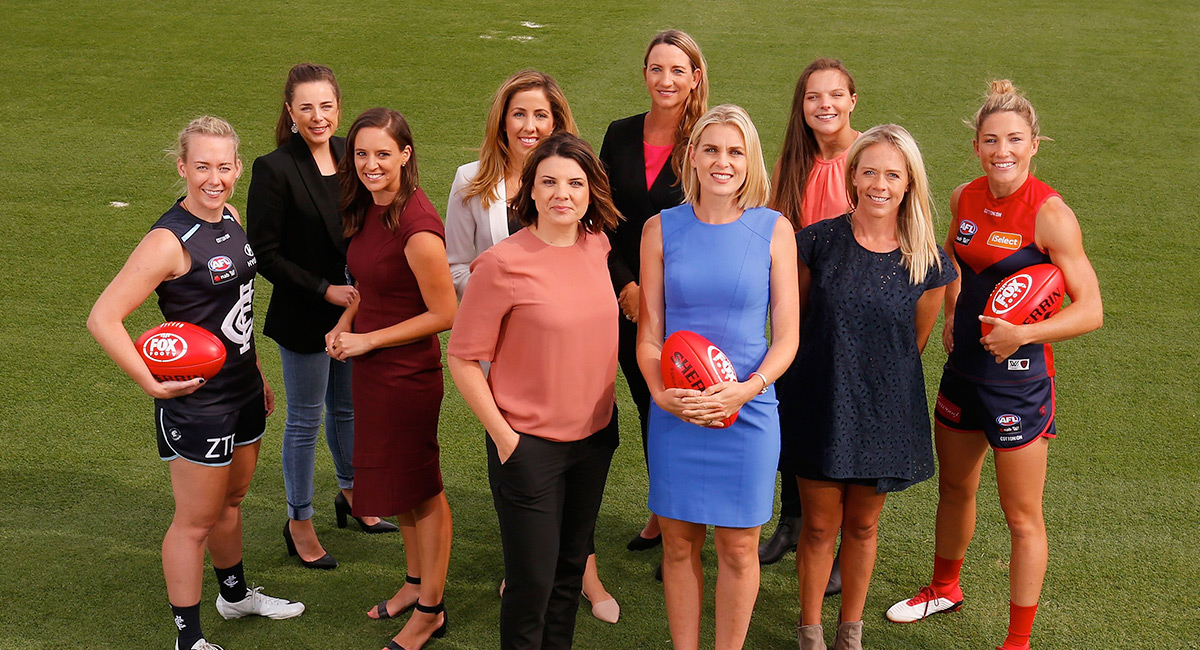 Fox Footy is back in action this weekend as the AFLW commences today with Carlton v Collingwood. Fox Footy will screen every game in the 2018 NAB Women’s season.

Phillips is part of the panel on Women’s Footy on Fox, which returns with a revolving forum of big-name guests.

Game day coverage will be hosted by Sarah Jones, who will be joined by Underwood and Fox Sports’ Neroli Meadows, who will lead all the action on the boundary.

AFL greats Brad Johnson, Alastair Lynch, Ben Dixon and Paul Hasleby will add special insight, as well as commentary from Anthony Hudson, who will be integral to game day with Montagna.