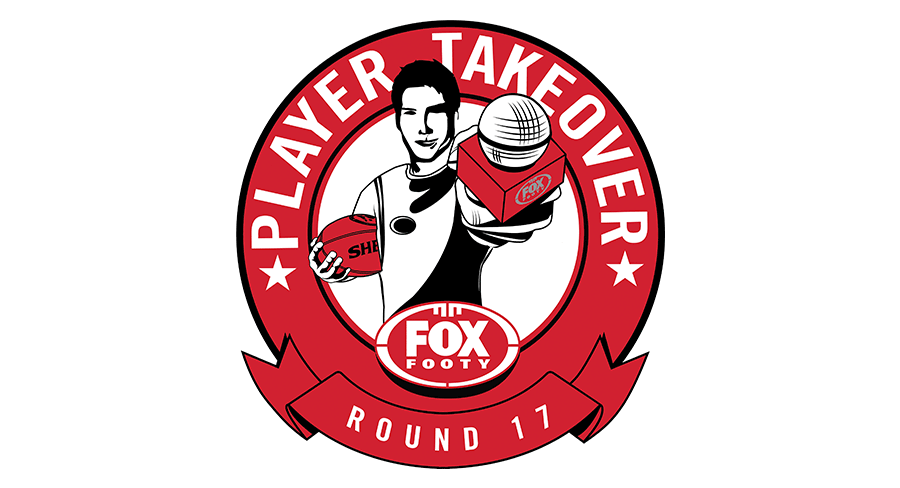 Players will host, panel, commentate, and interview on every Fox Footy show during the week.

In the week surrounding round 17 of the AFL (July 9-15), over 40 players representing every club will invade Fox Footy studios for Player Takeover Round.

The players will host, panel, commentate, and interview on every show and game alongside Fox Footy talent during the week-long themed round.

Regular entertainment show hosts and guests of AFL 360, on The Weekend Lowdown, Saturday Stretch, The Beep Test, and Bounce will be taken over by the superstars we cheer on every weekend.

It all kicks off when On The Couch regulars Jonathan Brown, Garry Lyon and Paul Roos are rested on the bench, and host Gerard Healy is joined by Geelong Brownlow Medallist Patrick Dangerfield for a bumper Monday night.

Jack Riewoldt and Jordan Lewis will do their very best Gerard Whateley and Mark “Robbo” Robinson impressions as they take over the hosting gig on Tuesday’s AFL 360.

Episode four of Bob Murphy’s new show, Bob, will go one-on-one with Lions power forward Sabrina Frederick-Traub, while the mic is turned on Mike Sheahan as a secret player interviews the doyen himself.

On The Mark host Sarah Jones will be joined by AFLW stars, including Katie Brennan, as they discuss the more personal stories of the game.

Bounce host Jason Dunstall and Danny “Spud” Frawley will welcome Isaac Smith to the team, as Alex Rance and Mason Cox take on a Yesterday’s Heroes challenge. Young gun Jack Higgins will man the barbecue, throwing on a few snags for audience members.

Tayla Harris is among the players taking on comedians Dave Thornton, Lehmo and Lawrence Mooney for the season return of comedy quiz show The Beep Test.

Regular Fox Footy experts such as Eddie McGuire, Neroli Meadows, Nick Riewoldt, Dermott Brereton, David King, Kelli Underwood, Ben Dixon, and Cam Mooney will take a back seat during the round, as big name players have the chance to show off their skills of a different variety, some even considering job opportunities for after footy.