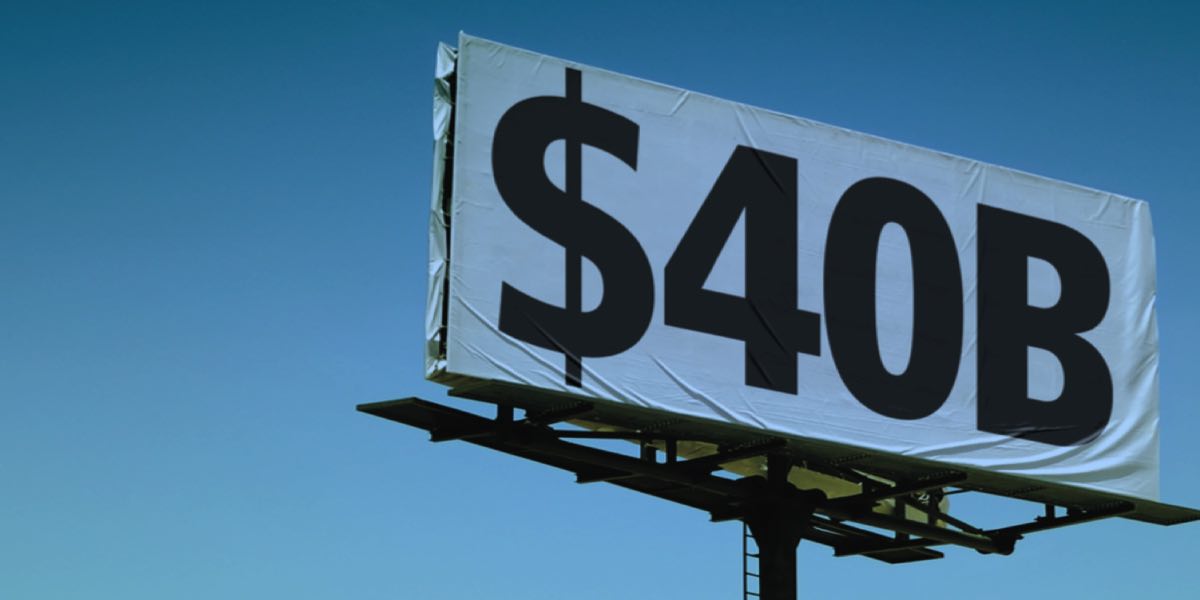 The advertising sector contributed 2.5% of Australia’s GDP over 12 months in 2014

The true economic power of Australian advertising has been revealed today in an independent study that values the industry’s contribution at $40 billion over a 12 month period – equating to 2.5 per cent of Australia’s total GDP (2014).

The Deloitte Access Economics report, Advertising Pays: The Economic Employment and Business Value of Advertising, is the first of its kind in Australia, commissioned by The Communications Council, peak industry body for Australian advertising agencies.

The reports reveals the $40bn economic contribution delivered by advertising is:

John O’Mahony, Partner, Deloitte Australia, said: “Advertising is often overlooked as an economic driver and yet it is responsible for driving more than $40bn of growth. Advertising provides strong incentives for business to be more innovative and to offer better products and more competitive promotion in their efforts to win market share. Consumers enjoy the benefits of both competitive pricing and being better informed purchasers of goods and services.”

Jaimes Leggett, Chair of The Communications Council and CEO of M&C Saatchi Group Australasia, said: “Australia is now entering its 25th year of consecutive GDP growth. As the commodities market softens, it’s encouraging to see our services industry has a solid role in bolstering the broader economy. Globally, the Australian communications industry has consistently been recognised as among the top five countries that generate the most creative and effective work. It’s clear from this research that an investment in advertising helps to drive the Australian economy further.”

The study also revealed the advertising industry is associated with the employment of 200,000 Australians, including direct roles and those created in the supply chain and supported sectors.

The employment analysis in the report shows that the advertising sector can play a role in the Australian Government’s innovation agenda to create a greater number of highly skilled and technical roles and is a driving factor in the growth of Australian businesses.

The Communications Council CEO Tony Hale said: “This is important data for the industry as it helps us understand the major role advertising plays in driving the economy and creating jobs in Australia. It also recognises the power of advertising as a force for social good, referencing advertising’s ability to raise awareness of, and influence behavioural change around issues such as road safety, public health and tourism.”

The report examines several cases, including the Transport Accident Commission’s  Victorian campaign, ‘Wipe off 5’, which notes how advertising helped change public opinion of what constitutes speeding; with over 90% of respondents considering driving at up to 65 km/h in a 60km/h zone as ‘speeding’ in 2013, compared to 69% in 2001.  With a powerful creative idea, advertising has played a key role in changing community attitudes and behaviour.

Helping governments, political parties and businesses convey messages that resonate with the wider community, advertising is described in the report as an increasingly vital corporate strategy component. As such, advertising is seen as an inextricable contributor to the success of Australia’s top 100 brands, previously estimated to be worth $128bn.

One of the business leaders interviewed in the report, Mark Ward, Managing Director of Officeworks, said: “In a competitive market economy, brands must continually ensure their products and services are differentiated and satisfying customer needs. Advertising enables us to convey these messages to customers. But it must be aligned with the broader strategic objectives. There is nothing worse than telling a customer you’re offering a great service when it’s not good. It destroys customer trust.”

Louise Eyres, ANZ Group General Manager Marketing, said: “Advertising in its broadest form of paid, owned and earned plays an increasingly important role in ANZ’s regional business strategy. Aligning ANZ’s advertising with our broader strategic objectives and values has enabled us to build a much stronger brand that resonates with our geographically and culturally diverse customer base.  Advertising has played a key role in achieving our broader strategic goal of financial independence and inclusion through initiatives such as  GayTM, #equalfuture and MoneyMinded.”

Executive Chairman of Clemenger Communications Group, Robert Morgan, said: “The nature of advertising is changing radically in the age of digital and ‘one-to-one’ communications. But, even as it changes, its role in stimulating growth in the economy is more important than ever. This report proves how important advertising is to creating growth and employment. Indeed, advertising works!”