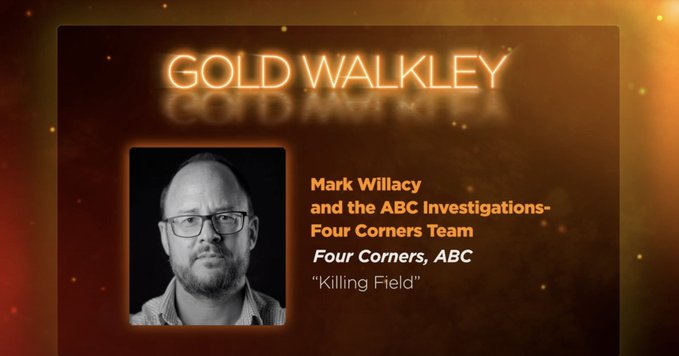 The judges were impressed by Willacy’s compelling and brilliant investigation, which included shocking helmet-camera footage of special forces in action on the ground, sharp scripting and probing interviews.

The award for Outstanding Contribution to Journalism went to Ross Gittins, for his 40-year commitment to making economics and public policy not only accessible but a must read. He was also honoured for his dedication to mentoring many generations of journalists.

The 65th Walkley Awards for Excellence in Journalism were presented in 30 categories.

The chief executive of the Walkley Foundation, Louisa Graham, said: “The Walkley Foundation has a great deal to be proud of. The challenges of the last year have shown us that journalism is critical to keeping Australians accurately informed; this year’s list of finalists and winners is a testament to the outstanding journalism that is so critical to our democratic process. The Foundation remains strong and stable, enabling us to deliver on our mission to support and celebrate great Australian journalism.”

The chair of the Walkley Judging Board, Lenore Taylor, praised the range and depth of this year’s winners.

“During last summer’s fires factual information at times made the difference between life and death,” she said. “Likewise, facts have been the most important tool for limiting the spread of the coronavirus, and our audiences have had a seemingly insatiable thirst for information. It was the role of journalists to go out and bring us reliable information – because facts are what we do.

“I am always heartened, if slightly overwhelmed, when I see the array of excellent reporting and writing in contention for a Walkley Award – and the journalistic skill and determination evident in every entry.”

Jacqueline Maley and Kate McClymont, The Sydney Morning Herald and The Age, “‘Dirty Dyson’: A harasser on the High Court”

Anthony De Ceglie, The West Australian, “The Royal Formerly Known As Prince,” “Bridget Over Troubled Rorters” and “You Had One JobKeeper”

Liam Mannix, The Age, “The Perfect Virus: Two gene tweaks that turned COVID-19 into a killer”

Jessica Halloran and Julian Linden, The Australian and The Daily Telegraph, “On Thin Ice: Katia’s story” 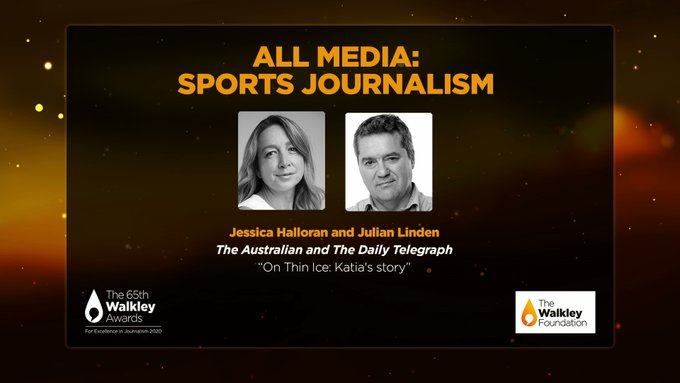 Sam Ruttyn, The Daily Telegraph and The Sunday Telegraph, “UFC 243”

Matthew Abbott, The New York Times and Oculi, “A kangaroo rushes past a burning house in Lake Conjola” 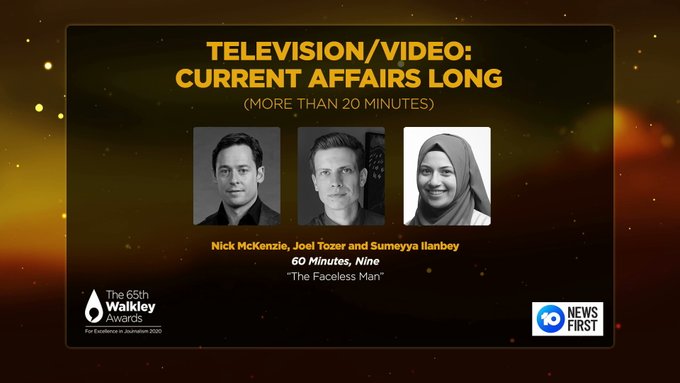 Tony Wright, The Age, “You learn a bit working on a local paper. It’s all about the people,” “The tragedy of Mary and William, and a federation in chaos again” and “The vaccines that saved the rock ‘n’ roll generation, and many more” 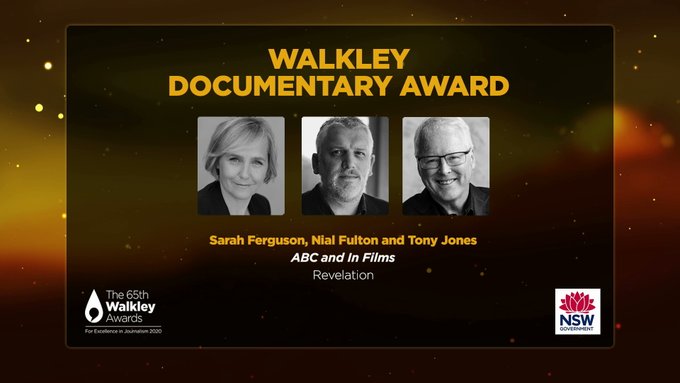 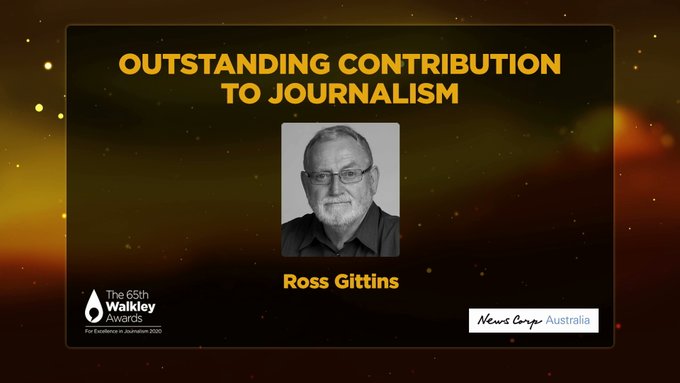 The 2020 Walkley Judging Board were: