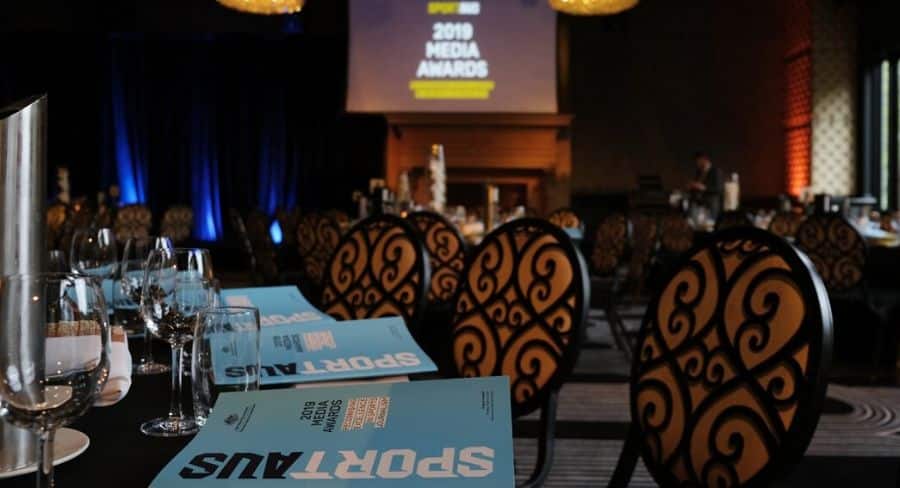 • All 14 winners from the 18th annual Sport Australia Media Awards

Tighe accepted the award at a gala ceremony attended by the best in Australian sports media, and her family, recognition for a career spanning more than 30 years. Tighe recalled phoning her father, Mike, the day she got her first job with ABC Sport in 1989.

“My mum had died three years earlier so times had been tough and I remember getting off the train at Gordon Station, finding a phone booth and ringing him to say I got a job at ABC sport,” Tighe said.

“There were few other women in sports media when I started so to see now the increasing number of passionate intelligent women part of the mainstream sports broadcasting mix and without constant reference of being a woman in a man’s world is a significant, overdue shift.

“What I would love to see now is more women in our broadcast teams in the play-by-play all round commentator role to build on the fine work of a very small number of women at the moment in that space. They are pioneers.” 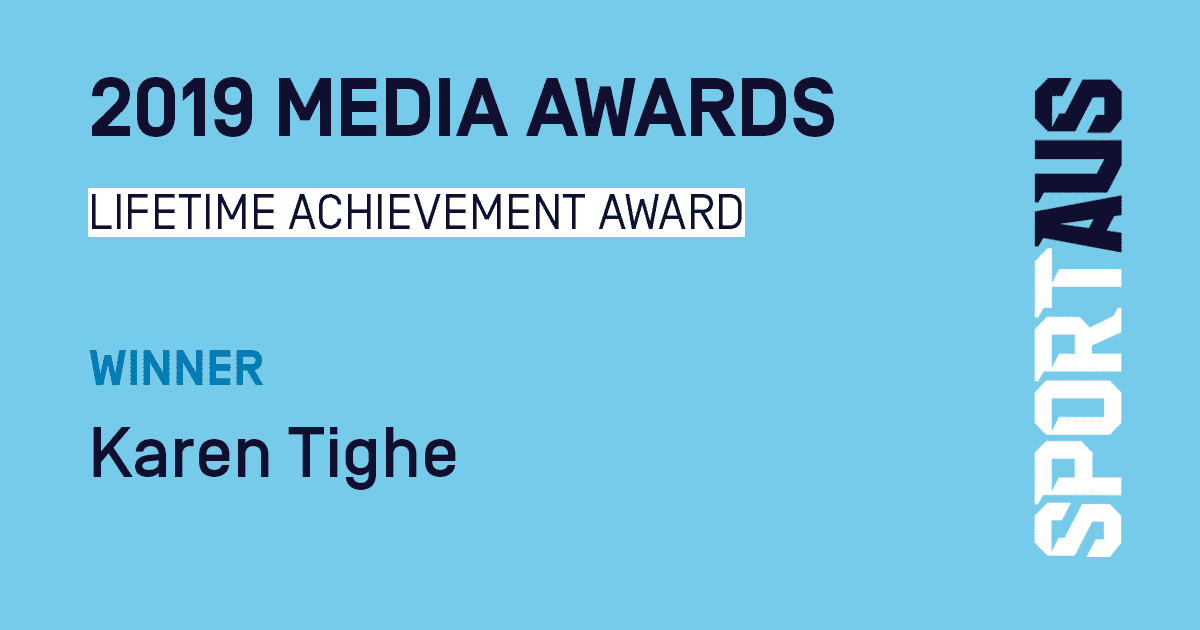 Joining the ABC in 1989, she was an anchor for golf, tennis and other major sporting broadcasts, including 16 years hosting the Hopman Cup. She forged a national profile in the early 1990s as part of the Friday night television show Live and Sweaty and in 1997 became anchor for ABC Grandstand, where she remains a staple of weekend sport.

Of her sporting highlights, Tighe focused attention on her coverage of six Paralympic Games.

“I felt a connection with the Paralympic movement from the very first Games I attended in Barcelona 1992, where I was introduced to two athletes in particular who would go on to become synonymous with the Paralympics and transcend their sports, wheelchair racer Louise Sauvage and swimmer Priya Cooper, both multiple gold medallists,” Tighe said.

Fittingly, ABC received the award for Best Coverage of Sport for People with Disability, recognition for its broadcast of the Invictus Games in Sydney. 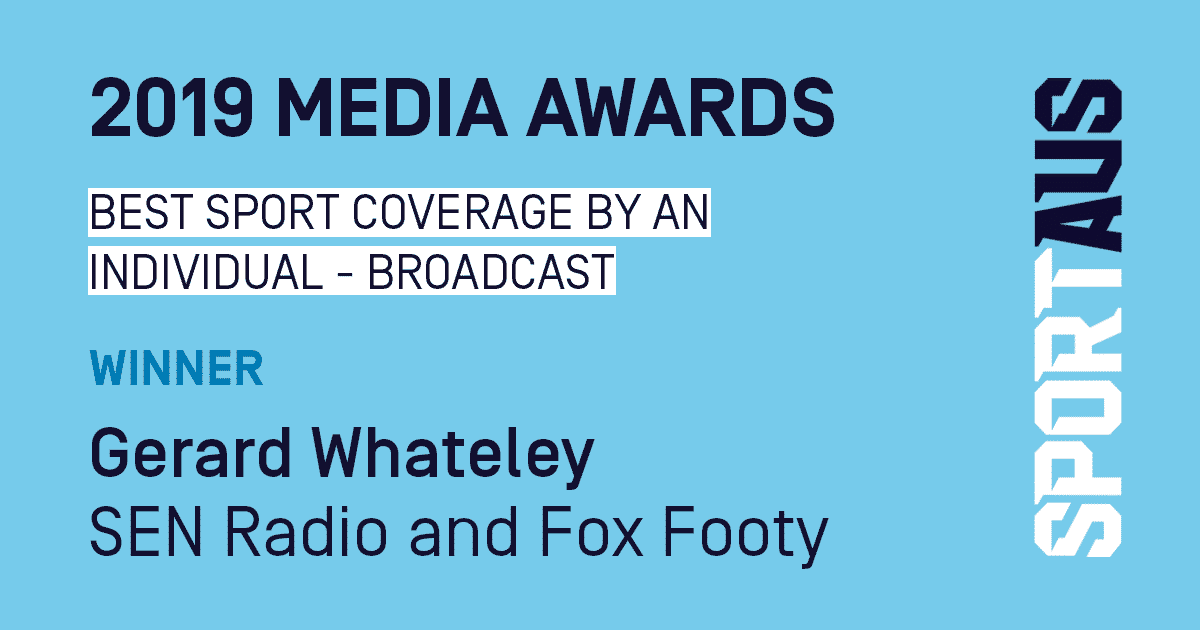 Best coverage of a sporting event: The Age & The Sydney Morning Herald, The Ashes