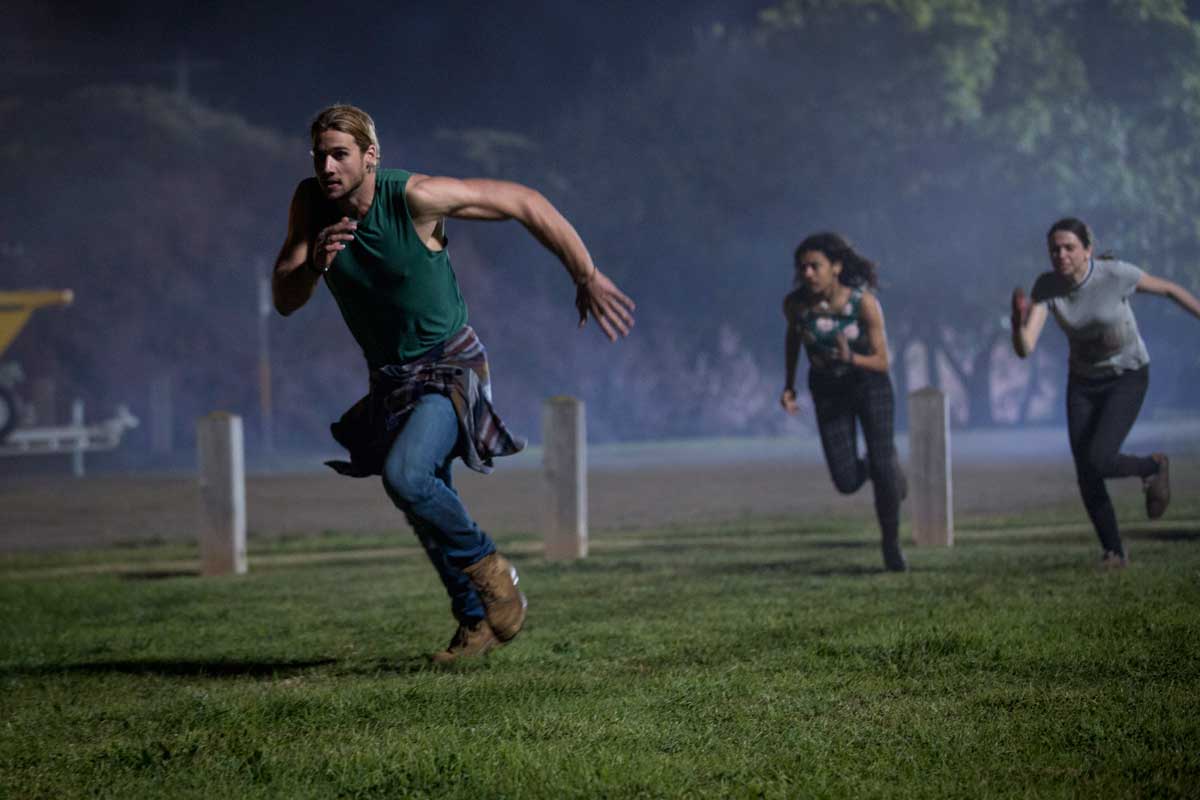 The TV drama based on the John Marsden young adult series debuts on ABC3 in April.

Debuting on Saturday 23 April is the ABC3 youth drama Tomorrow When The War Began. Based on a series of seven books penned by Australian author John Marsden, the series has previously been adapted into a feature film in 2010 starring Lincoln Lewis and Caitlin Stasey.

The six-part series is about a group of teenage friends who find Australia has been invaded by an army while they are out of town on a camping trip.

Friday, March 18, 2016 — The highly anticipated television series Tomorrow When the War Began is set to delight families, and fans of the John Marsden novels, when it premieres next month on ABC3.

The six-part adventure series tells the story of a group of young Australian friends who find themselves in the midst of a hostile takeover by a newly forced Asian Coalition.   The unsuspecting Australian military is quickly overwhelmed and none of Australia’s allies, including the U.S., are immediately willing to risk possible nuclear war to come to her aid.

The teenagers must overcome seemingly insurmountable odds and discover that in order to save the things they hold most precious, they must be prepared to sacrifice everything.

An Ambience Entertainment Production in association with ABC3, Screen Australia and Film Victoria.  Based on the novels by John Marsden.  Producers: Michael Boughen and Tony Winley.  Executive Producers: Matthew Street and Kim Vecera.