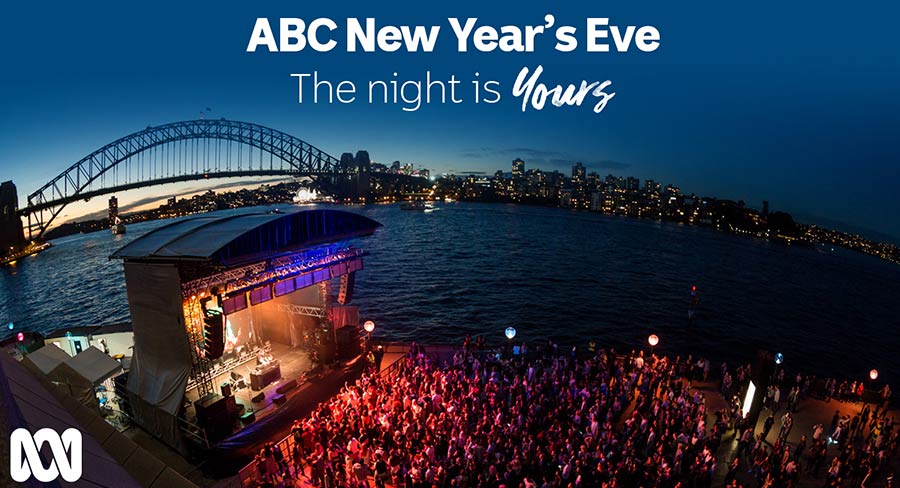 • ABC New Year’s Eve… The Night is Yours coverage starts at 9.30pm Rove McManus will handle hosting duties of New Year’s Eve: The Early Night Show. Rove will be joined by Hoot and Hootabelle, Jimmy Giggle, Grace Koh, Jemima, Big Ted and the Design Your Own Fireworks Competition winner as well as other special guests. There will be performances by Zindzi and Dami Im, in addition to the family fireworks show at 9pm.

ABC New Year’s Eve… The Night is Yours coverage starts at 9.30pm