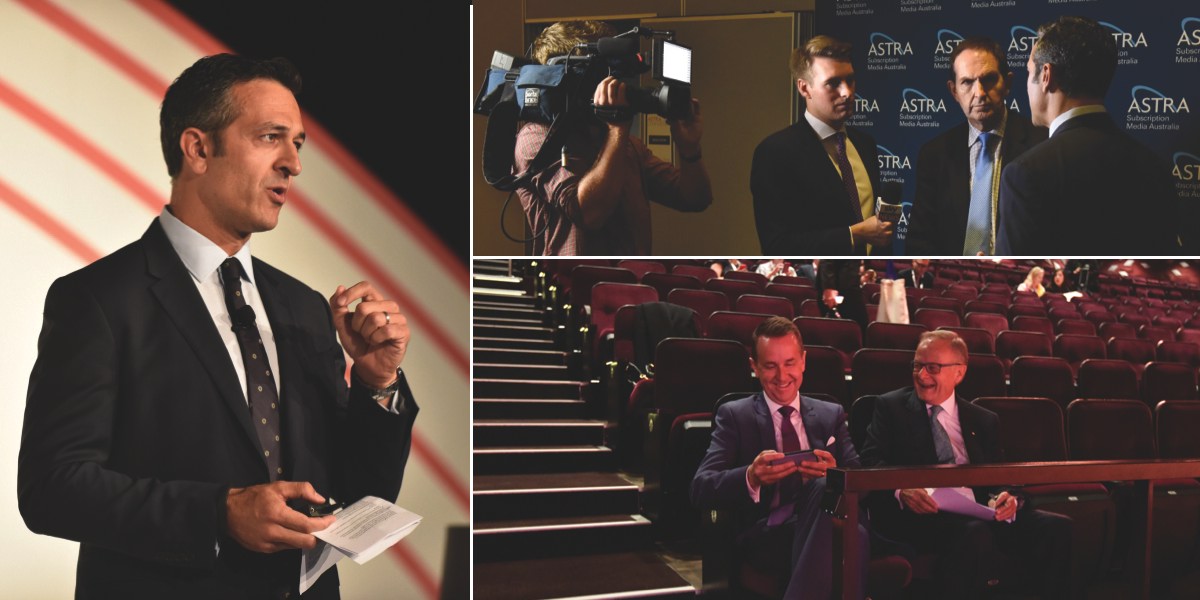 By Sally Rawsthorne and James Manning

“What do Matthew McConaughey, Jessica Lange and Kathy Bates all have in common?” Fox International Channels president and CEO Hernan Lopez asked the crowd gathered at the annual subscription television conference.

For those who aren’t up on their television actors, the answer is that all three Academy Award winners worked in television last year. The amount of serious talent – as well as production and creative – coming to the television industry is driving what has long been referred to as the new golden age of television. “The number of careers coming to television to create some of the best TV we have seen in our lifetime,” explained Lopez.

Los Angeles-based Lopez is responsible for all of FIC’s operations across the Fox, National Geographic, Fox Sports, FX and Star Movies brands worldwide.

The death of television?

Despite the so-called new golden age of television, the market has become increasingly nervous about the demise of the value of television advertising. “There is a lot of anxiety around investors. Some argue we are only watching television on our laptops, tablets and smartphones, the personal screen. It makes the traditional media obsolete. The only way in which you can reach anybody under 30 today is on their smart phone,” Lopez began.

“[But] in the early days of television, the same comparison was being made about big-screen theatres and the movie screen. Theatres and the movie screen were the places where the true stars acted. TV was a new medium combining radio with images. Obviously, the television business as we know it did not kill the film business. Look no further than the evidence that the film business is still thriving. The television industry had to find a way to compete and coexist, they were both incredibly successful.

“Consumers, how can you not love TV? We have more first-run shows than ever, both locally and from other countries. They can catch up with shows that for one reason or another they missed. With this plethora of choice, no one has to put up with an average show anymore. John Landgraf, CEO of FX Networks, said you used to compete with all the other shows at 10pm when you had a show on at 10pm. Now, you compete with every show ever made.”

“It is the ultimate branding medium. TV is more influential than any other media and has remained so over time. It has the highest brand recall of any form of media, and that is actually highest amongst younger consumers.

“In the UK, looking at television advertisers, [a study] found that on average each pound invested in TV generates £1.79 in profit.

“When we are in front of our TV screen we are primed to be moved. The power of TV to create emotions and change minds is unmatched, both on and off the break. Contrast that with the mindset you are in when you are checking your smartphone, which the average person does 300 times per day. You are in a hurry. We are starting to understand how people interact with their smartphones, because we stand to benefit from the growth of consumption of the personal screen.”

“There are lots of production houses vying for the best talent, those who are actually able to get a show on the air are able to get royalties long after the show is off air. Contrast that with the frustrating world of movies, and you can see why so many content creators are moving to television.

“For example, M. Night Shyamalan is an acclaimed movie director who got the rights to a book called ‘Wayward Pines’, he adapted into a 10-part television series. He convinced four Academy award nominees – Matt Dillon, Terrence Howard, Melisa Leo and Juliette Lewis – to star. It was the highest-rated scripted show of the summer, with Microsoft Surface as a sponsor.”

“The first time the consumers call pay TV to subscribe, they tend not to ask whether you have The Walking Dead, they ask if you have the FX channel, the National Geographic Channel because in their minds, those brands have been around for longer and are easier to remember.

“But for brands to sustain their worth in this increasing world of competition, they really have to stand for something. That is why FX and Nat Geo are embracing the world of fewer, bigger and better. We are getting behind fewer but much bigger franchises which we can turn into global events.”

Although brands are important, the future belongs to companies committing to great user experiences. “Let’s say you do have distribution, content and brand – that used to be enough up until two years ago. But it won’t be enough in the future,” he said.

“At FIC we’ve had people in charge of user experience for many years now. First to help us design online and mobile applications, but eventually it became something we thought about through the entire company starting with our linear channels.

“We were the first company to launch television series around the world simultaneously. For example, The Walking Dead: we launched that in multiple countries at the same time. We realised that as the show got bigger, the consumers couldn’t wait for a particular night so we started to air the show closer and closer to the US date. Until Australia became the first country in the world where the show airs at exactly the same time as in the US, even though here it is midday on Monday.”

FIC’s future focus means it went on to develop another, more user-friendly distribution method. “Wayward Pines we launched in Australia on May 14 in prime time, which meant we were in Australia 15 hours before it was seen in the US.

“As we spend more time on user experience, we are preparing ourselves for a world where our consumers follow between the linear world and the on-demand world – and the big screen and the personal screen.”

The Price is Right

On top of establishing a good product, Lopez was quick to note that consumers won’t come to a product at the wrong price point. “Finally, it goes without saying that no matter how good your brand, your distribution, your content, your user experience, if your pricing power and cost structure are out of whack, someone else will come in and take the space that today belongs to you.

“You do have to be in a position to give a combination of these things at a price that allows you to make a profit and sustain that profit, depending on whether you want to target the sliver of the market or the whole market,” he said.

Despite the hurdles that face all television networks as we move into a future involving on-demand, OTT, SVOD, AVOD and TVOD viewing, Lopez chose to focus on the opportunities that provides. “There is a fundamental reason to be optimistic about the future of the television industry. Consumers are spending more time in front of more screens than ever. And that cultural impact is attracting more talent to the television industry, both on the creative and the technological sides.”

ACCORDING TO LOPEZ: “In the year 2000, 136 script shows were made in the US. This year some people say there will be 400 scripted television shows.”