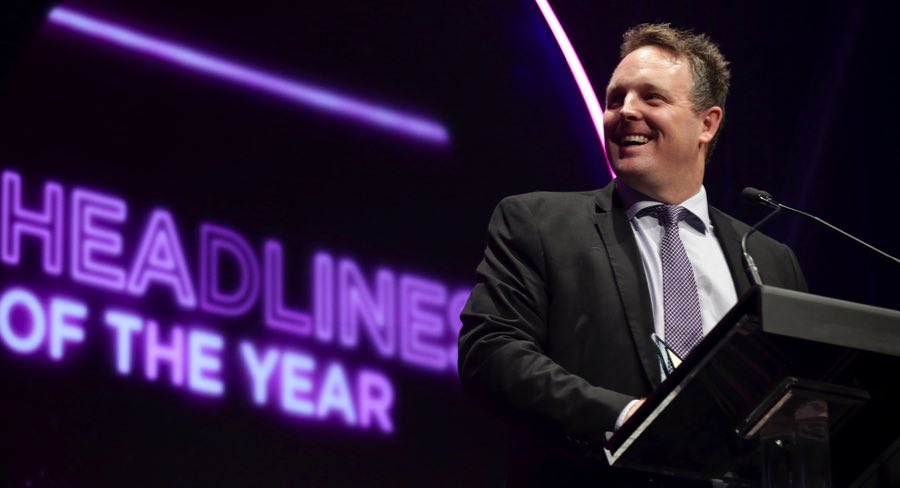 ‘We are not just all about the funny front pages and crocodiles,’ says editor Matt Williams.

Many Australians know News Corp’s NT News for its quirky front pages. However, for the community in Northern Territory it has a reputation of being more than just that.

Therefore, being named Regional News Brand of the Year at 2018 News Media Awards means a “hell of a lot” to the team behind the masthead, according to editor Matt Williams. “We are quite a small team – we have about 28 full-time workers in the Darwin office – so it’s a big challenge to put out seven daily newspapers in the Northern Territory. To win the Regional News Brand of the Year was very special for us.

“We’ve had a pretty good year with the Save Our Children campaign that we did after the horrific rape of the two-year-old girl in Tennant Creek. We really got behind that cause, which has made a fair bit of change. There have been more child protection workers put on and more children have been taken out of their family homes as a result of what happened. The government also did a big review of the child protection strategy and found a few shortcomings.” Being the only major newspaper in the state, the NT News feels more responsible to represent its community on multiple levels.

“We are a big advocate for our community and standing up for our readers. If we don’t see justice happening for the community, we will put it on the front page and put pressure on the government and any other organisation that deserves it,” Williams said. “You certainly feel a bit of pressure, because we have a lot of fans out there on social media. Like a professional sports person, you definitely feel like you have to deliver for your fans,” Williams said.

He initially joined the NT News as the chief of staff from the relatively more conservative The Advertiser in Adelaide in 2013. This was a big change for Williams.

Over the years, he “got a pretty good handle on what it takes to get a good front page in Darwin”.

When the NT News does produce a quirky front page, Williams’s favourite thing to do is track the likes, retweets and comments on social media. “A lot of the comments are ‘Here they go, they’ve done it again’, ‘Look at this’, ‘How good is this paper?’ You do pinch yourself sometimes when you read those sorts of comments,” he said.

“It’s a juggling act though. You can’t do quirky stuff all the time because people will get sick of it… on average one a month is a good target for us.”

Like most News Corp news brands around the country, NT News is also pushing the uptake of its digital subscription. It currently has about 3,000 digital subscribers. “This is a good number for us,” Williams said. “We started with the base of zero a couple of years ago. More and more people are signing up digitally with us around Australia.”