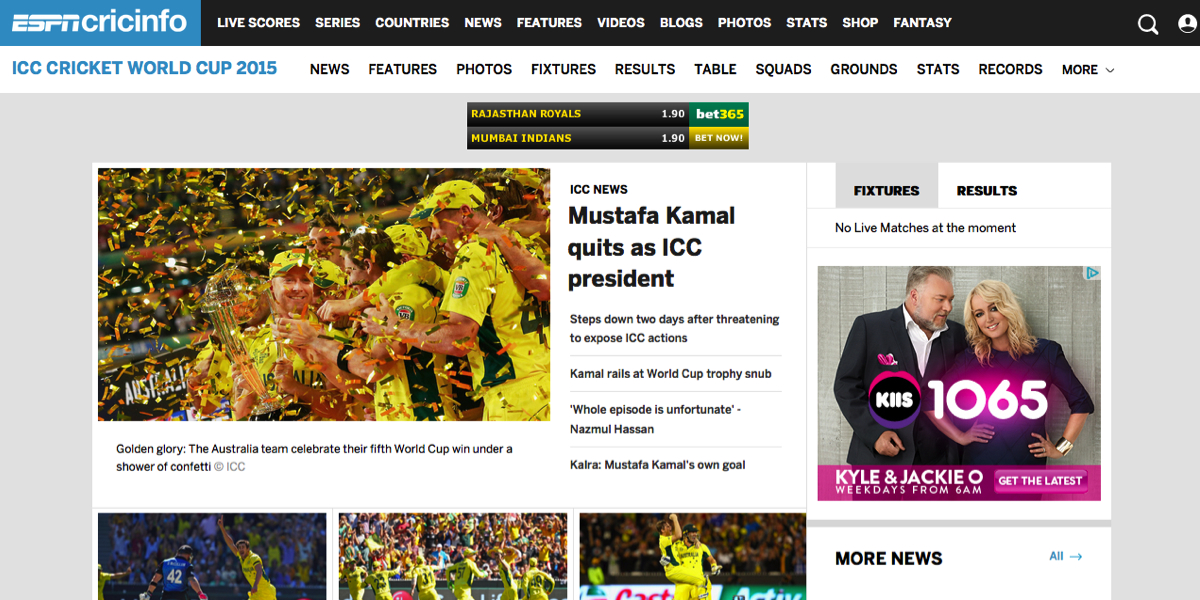 Cricket fans around the world made ESPNcricinfo the No1 destination globally across the 2015 ICC Cricket World Cup, as Australia hosted and ultimately won the coveted title. The tournament proved so popular with cricket fans that it recorded ESPNcricinfo’s most successful tournament in the site’s 22-year history across web, mobile web and apps – shattering all previous records logged by the world’s leading cricket website.
In Australia and New Zealand, ESPNcricinfo saw particularly strong growth, with video growing 240 per cent over the average day in the past year and 190 per cent compared to the ICC T20 World Cup just over a year ago. Additionally, compared to the T20 World Cup – the last major global tournament – significantly more Australian and NZ fans came to ESPNcricinfo, returned more often and spent more time daily. Unique visitors, daily total minutes and daily visits were up 90 percent, 181 percent and 110 percent, respectively.
“The 2015 ICC Cricket World Cup was a milestone event for ESPNcricinfo,” said Russell Wolff, executive vice president and managing director, ESPN International. “We are excited to see not only record-breaking global traffic across digital platforms, but also the growth of the sport. ESPNcricinfo has long established itself as a trusted source for news, insights and commentary, and we look forward to continue serving cricket fans worldwide.”
Through 44 days of match play, ESPNcricinfo averaged 5.8 million daily unique visitors and logged a total of 4.2 billion minutes, 2.3 billion page views, 506 million visits and 47 million video starts. At any given minute during the tournament, ESPNcricinfo had an average of 67,000 users on ESPNcricinfo digital platforms.
Video saw enormous growth with a 345 per cent increase in daily video views compared to the ICC Twenty 20 World Cup just a year ago. A major contributing factor to the success of video was ESPNcricinfo’s ground-breaking live panel program – Match Point – filmed from Mrs Macquarie’s Point on Sydney Harbour in collaboration with Destination NSW. A total of 138 live programs across the 36 match days hosted by Isa Guha with a panel of international experts including Michael Holding, Martin Crowe and Ian Chappell, fuelled a massive increase in video-on-demand content.
At its peak on March 26 – the day of the Australia vs. India semifinal match – ESPNcricinfo logged 13 million unique visitors, 123 percent higher than the tournament average and surpassing the previous record of 12 million set by the Bangladesh vs. India quarterfinal.
Compared to the 2011 tournament, ESPNcricinfo was up 48 percent in daily unique visitors globally across platforms.  Specifically in India, the West Indies, Australia and US, average daily unique visitors were up 58 percent, 70 percent, 31 percent and 19 percent, respetively, while it more than doubled (up 115 percent) in New Zealand.

Other highlights:
•  Most Popular Page – The ESPNcricinfo homepage was the most popular destination on the site with 270 million page views, a 23 percent share of total page views overall
•  Top Videos – full match highlights of the India vs. South Africa’s group stage match was the no. 1 individual clip with 199,000 video starts, while Match Point’s short form video clips generated 11 million video starts during the tournament, a 24 percent share of total video starts
•  Top Story – the biggest Cricket World Cup news during the tournament was “Wahab v Watson, the fury and the folly” with 670,000 page views

Additionally, the 2015 Cricket World Cup was up 121 percent in daily unique visitors compared to the average day over the past year and 36 percent higher than the average day during the 2014 Twenty20 World Cup.
Source: ESPN 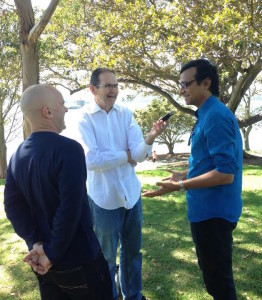