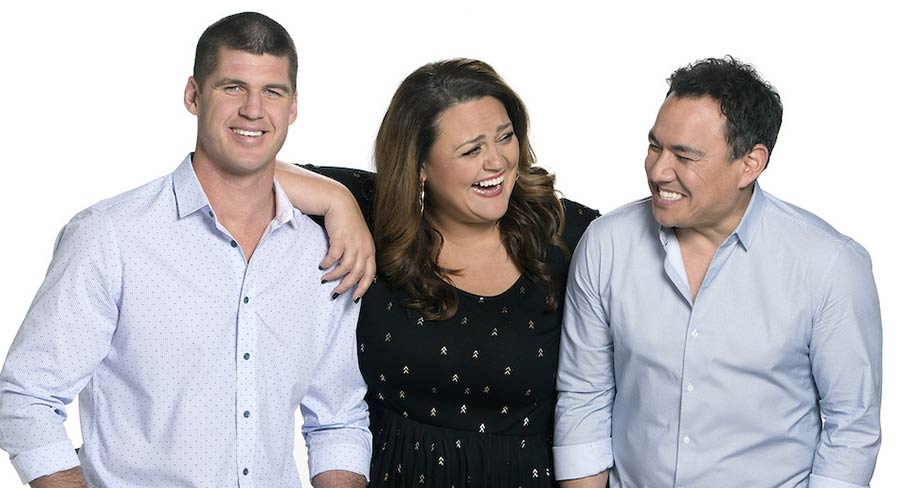 Nova 100 is celebrating the station’s 14 year partnership with the Melbourne International Comedy Festival by showcasing and providing listeners with access to the biggest, as well as up and coming, comedians from Wednesday 27 March to Sunday 21 April.

Nova 100’s Chrissie, Sam & Browny breakfast show will celebrate the official launch of the Melbourne International Comedy Festival with their annual live outside broadcast on Wednesday 27 March from 6am at the Melbourne Town Hall (Lower Town Hall). Guests and listeners will be entertained by some of the industry’s top comedians, including Judith Lucy, Urzila Carlson, Arj Barker, Anne Edmonds, Dilruk Jayasinha, Nazeem Hussain, Joel Creasey, Peter Helliar, Josh Earl, Ben Knight and Nath Valvo. Chrissie, Sam & Browny, together with Bendigo Bank, will give listeners at the event the chance to win $1000 cash every 30 minutes.

Chrissie said, “The Comedy Festival OB is an absolute hoot and quite possibly my fave show of the year. Everyone is welcome to come and hang out with us – but we’re not afraid to bribe people either – so we’re giving away $1000 cash every half hour!”

Chrissie, Sam & Browny will also chat to some of the biggest and most interesting comedians each weekday to showcase many of the comedy shows on offer during the Festival.

Jonathan Brown said, “It’s great to finally have some comic talent on the show.”

Nova 100 will also present the Hits & Giggles comedy gala event, featuring a dozen of Australia’s freshest, up and coming new comic talent on Saturday 13 April. Guests can only win tickets to this exclusive event at the Forum Theatre by heading to novafm.com.au or listening to Nova 100.

This year Friday Funnies, an exclusive, annual event for key agencies and clients, will be held at Ludlow Bar in Southbank. Hosted by Troy Ellis, the night will deliver a unique and comedic experience featuring some of the hottest acts from the Melbourne International Comedy Festival.

Throughout the Festival, Nova will feature ticket giveaways to the hottest shows on the circuit and will cover the Festival extensively on-line with reviews, highlights, videos and interviews.