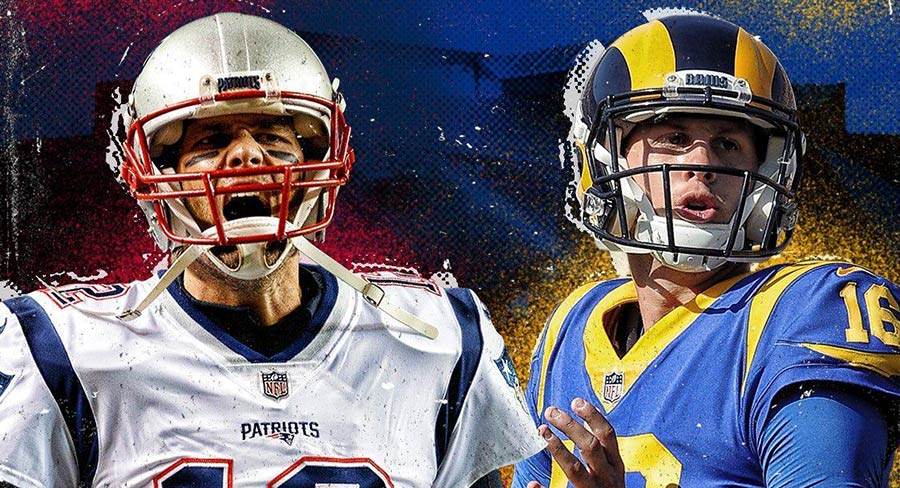 Super Bowl LIII live from Atlanta- Monday February 4 from 9am on 1116 SEN.

The first Australian to call a Super Bowl on radio, and to widespread global acclaim, Whateley returns to the microphone on Monday February 4 from 9am on 1116 SEN with all the action of Super Bowl LIII live from Atlanta.

Two massive games played Sunday in the US (Monday here) saw the Los Angeles Rams and the New England Patriots qualify for the 2019 match.

The call will also be heard on 1629 SEN SA and on Macquarie Media’s News, Talk Sport DAB+ channels in Sydney, Brisbane and Perth.

Whateley, whose self titled 1116 SEN morning show will broadcast from Atlanta in the lead up to Super Bowl LIII, will be joined by a new co-host with a household NFL name.

Fitzgerald, covering his 39th Super Bowl, is one of the NFL’s most respected writers and electric media talents.

He is also the father of Arizona Cardinal Larry Fitzgerald Junior, one of the best wide receivers ever to play the game. Larry Senior is the only father to ever cover his son in a Super Bowl.

This 53rd Super Bowl promises to be the biggest yet on the 1116 SEN airwaves, after a big year with a weekly NFL Now broadcast of the match of the round, each Monday morning during the season.

The station’s breakfast host, Garry Lyon, is also travelling to Atlanta alongside co-host Tim Watson, and will be broadcasting from Radio Row each day in the lead up.

Lyon will broadcast breakfast from the stadium on Super Bowl day.