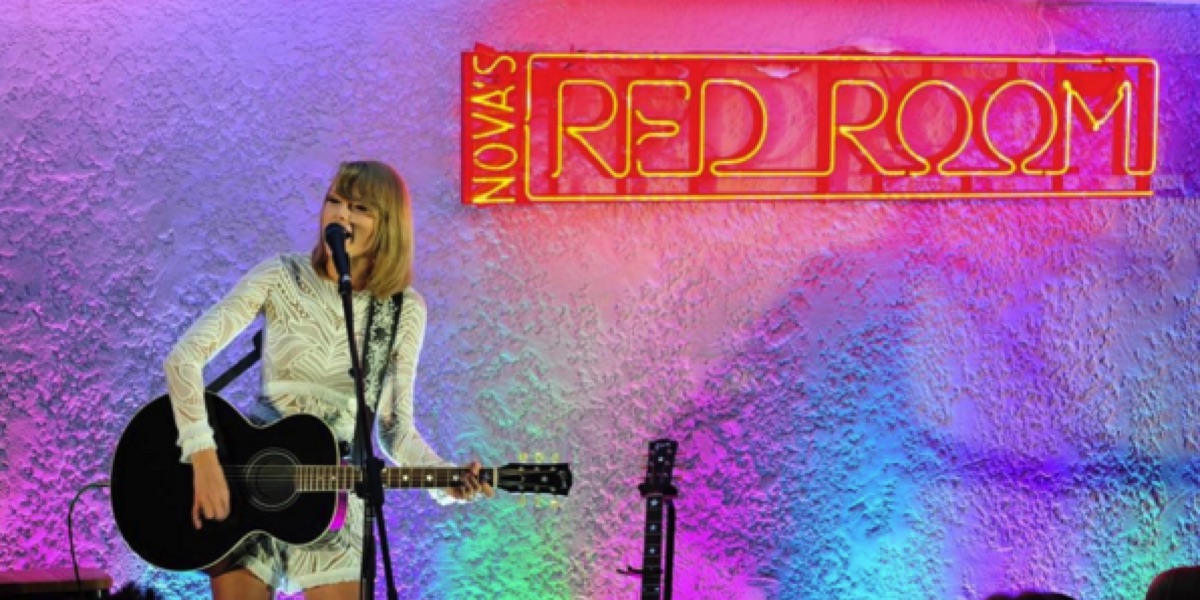 Major world exclusive for Nova Sydney’s Fitzy and Wippa show on its final program of the year. The show was broadcast from Hamilton Island this morning, the scene of a Nova Red Room with Taylor Swift last night.

Swift performed versions of “Blank Space”, “Out of the Woods”, “Wildest Dreams” and “Shake It Off”.

One hundred lucky guests attended the Red Room, and Fitzy and Wippa had interview time with Swift – the only interview she has done since her 1989 World Tour launched.

During the four-minute talk conducted in front of the Red Room audience, Swift talked about the record audience of 76,000 she played to in Sydney last weekend. She said she enjoyed playing to small or big crowds. 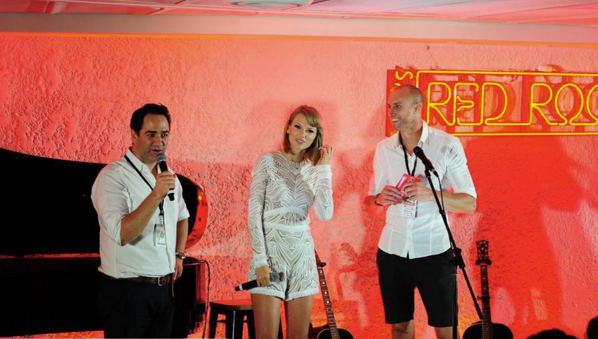 Photo by Tony Mott: Taylor Swift with Fitzy and Wippa

Swift explained, “They are just different. Being here is just like a conversation. I can say stuff, I can joke around with them, they can read a tone a lot easier than someone who is way up in the rafters. I have to change the way I talk a little bit because of the feedback in the stadium. If I was to talk at this pace, half the crowd would lose what I was saying, you slow yourself down, I’m a little more deliberate.”

When asked about her tour highlights, Swift also talked about performing alongside Mick Jagger in Nashville. Jagger joined her onstage at that concert where they performed “Satisfaction”.

Swift said, “Mick Jagger, you just never get over how good he is. I was trying to keep up with him, he had so much more energy than I do. We got out there and he shut the place down, he gave them such a world class performance.”

Wippa committed a minor faux pas when he got the name of one of Swift’s cats wrong. “Come on mate,” Swift said to Wippa.

“Thank you, I had a great time. This was great for me,” she said before departing.