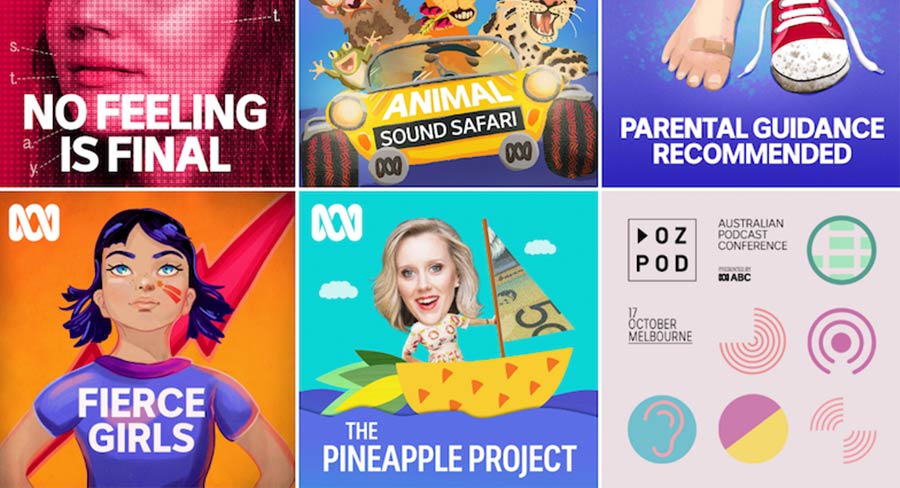 A landmark ABC initiative launched in 2017 for new and emerging podcasters has been labelled a success in supporting community-based creatives with remarkable Australian stories to tell.

The ABC reports its $1 million podcast fund has strengthened Australia’s audio industry by supporting compelling and distinctive podcasts such as The Pineapple Project, Fierce Girls, Positions Vacant, Alice Fraser Trilogy, Mindfully, Little Tiny, Out Of The Loop, Troll Play and new series No Feeling is Final.

Judith Whelan, ABC head of specialist content, said: “The ABC’s $1 million podcast fund has given an opportunity to many Australian podcasters and extended the diversity of content produced by the ABC. As the nation’s leading podcast producer, the ABC is committed to collaborating with our best and brightest podcasters and giving them the platform and audience to strengthen our growing audio industry.”

The $1 million fund was announced at OzPod 2017. In October 2017, the ABC also opened the fund to anyone with original and entertaining podcast ideas that reflected contemporary Australian life.

The public call-out attracted 1,273 submissions from across Australia. Among those selected for production under the $1 million fund were:

No Feeling is Final, a moving, engrossing and often darkly funny story about mental health and suicide for anyone who’s ever wondered if life is worth living.

Parental Guidance Recommended (releasing October 2018), which uncovers the secret parenting lives of Australians such as Tom Gleeson and Ita Buttrose.

Other new podcasts developed via the public call-out will be produced in coming months. The $1 million fund has also enabled the ABC to provide professional development training to more than 10 freelance audio producers across Australia.

OzPod 2018, on 17 October in Melbourne, will feature a live performance of No Feeling is Final with host Honor Eastly and producer Joel Werner.