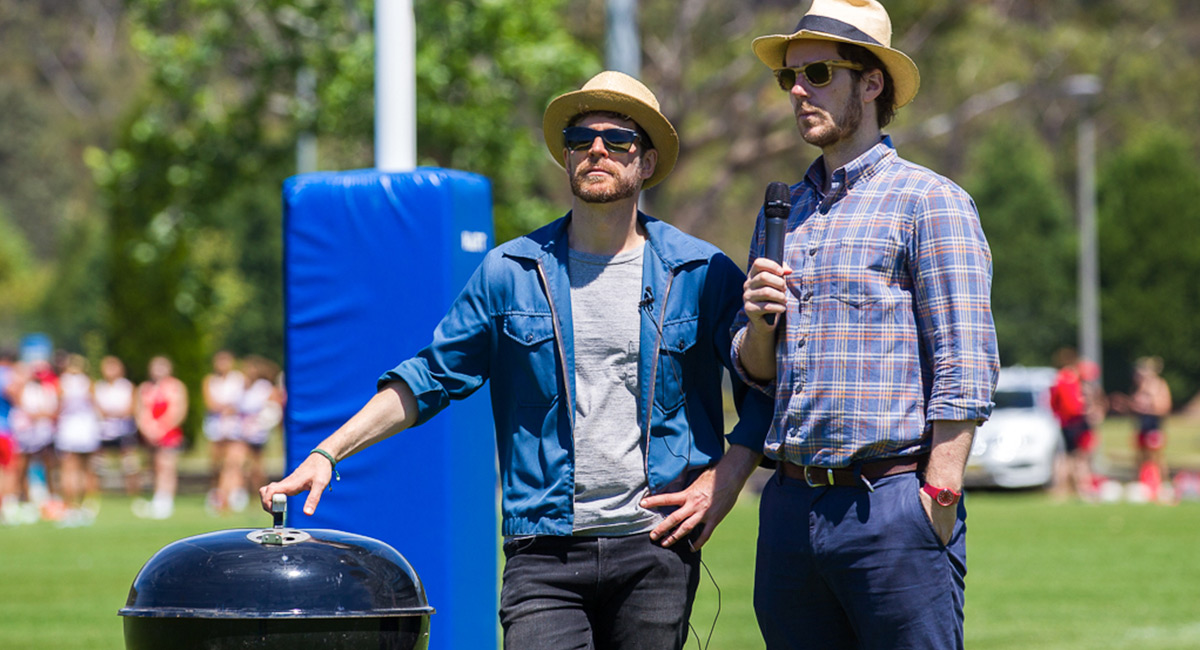 Episodes 1 and 2 have already notched over 200,000 views, making the episodes the most viewed non-sports highlights content on Optus Sport’s Facebook page – without any paid spend whatsoever according to the producers.

Damien Timms said TippyTappy Sports was the first choice for Optus Sport’s brief of creating engaging, original content to promote the first year the telco had secured the rights to Ashes Cricket. The production house came onto Optus Sport’s radar following the success of their Southern Cross Austereo-commissioned documentary Vindalosers: How to Win in India, which debuted in February this year.

“Following on from our cricket documentary in India, we started talking to Optus Sport about how best to approach the Ashes,” said Timms, founder and creative director of TippyTappy Sports. “We knew cricket was a new sport for Optus so we had to find a way to help them stand out from previous rights holders.”

“We also knew that TippyTappy’s irreverent style would appeal to a younger, Facebook-centric audience, which was part of Optus’ brief. The series we pitched, Great Moments in Ashes History, was designed to engage a younger demographic and to highlight that Optus Sport was more than a destination for Premier League content. The results to date have really surpassed our expectations.”

The TippyTappy duo play all roles in their sketches and the content screens on all of Optus Sport’s digital assets, including the Optus Sport app and online subscription service Fetch TV.

Episode 1 of Great Moments in Ashes History was released two days before the Gabba test and has racked up 95,000 views, 1,500 likes, almost 900 comments and over 100 shares on Optus Sport’s Facebook page.

TippyTappy Sports’ content for Optus Sport also includes Straight Talk, a series of comedy interviews with the current Australian squad. The interviews have been released on the Optus Sport app as well as across social media.