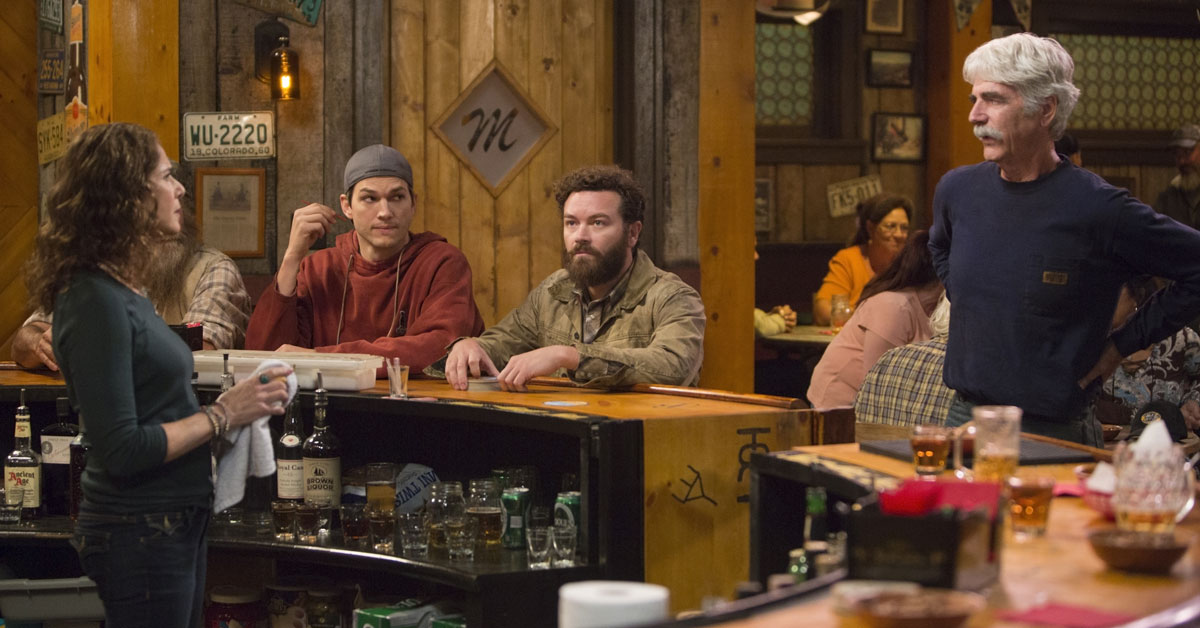 Netflix have announced release dates for its upcoming original TV series, including Gilmore Girls, The Ranch, and Black Mirror.

With Netflix taking centre stage today on the first day of the US Television Critics Association summer series of TV panels, the global TV network took the opportunity to make a number of announcements about their upcoming slate of programming.

The premiere dates for eight upcoming Netflix series has been announced, including:

In addition, Chelsea, Lady Dynamite and Real Rob were renewed for a second season.

Actress Jennifer Garner will voice a lead character in the animated series Llama, Llama. Based on a series of kids books by author Anna Dewdney, The first book in the series, Llama Llama Red Pajama, held the world record in 2011 for the book read the most in one day. Audiences are invited back to take another globe trot in Chef’s Table: France where the series will showcase the crème de la crème of French chefs; talking about what inspires them and how it translates into their individual styles. The filmmakers embark on a personal look into the daily lives of these carefully curated chefs, from their diverse backgrounds to the evolution and craft of their chosen cuisine as well as their quests for sensory perfection.

The following French chefs will be featured in the upcoming season:

Set in present day on a Colorado ranch, this half-hour multi-camera comedy series stars Ashton Kutcher, Danny Masterson, Sam Elliott and Debra Winger. Life on The Ranch is never easy and things get even more complicated in part 2 of season one. It seems like ex-football star Colt Bennett (Kutcher) has finally accepted his place on the family ranch, but he and his brother Rooster (Masterson) will have to prove themselves to their father Beau (Elliot) if they ever hope to become partners. Maggie (Winger) has hopes of her own and they may no longer involve her on-again/off-again husband and after finally saving his ranch, Beau might be losing his family. And if life weren’t complicated enough, when Colt’s high school sweetheart Abby (Elisha Cuthbert) expresses doubts about her fiancé, Colt must choose between his current girlfriend and his first love. Dysfunctional doesn’t even cover this family. The Ranch is executive produced by Don Reo (Two and Half Men, My Wife and Kids) and Jim Patterson (Two and a Half Men,Mike and Molly). Kutcher and Masterson also serve as executive producers.

Inspired by the songs of The Beatles, Beat Bugs tells uplifting and life-affirming stories filled with hope and melody. The animated show follows five best friends who together discover life’s most important lessons in an overgrown suburban backyard. The Beat Bugs live out these childhood adventures to the words and music of The Beatles.

Created by Josh Wakely, Beat Bugs incorporates more than 50 songs from the Lennon/McCartney ‘Northern Songs’ catalogue and features covers by world-leading music artists including P!nk, Eddie Vedder, James Corden, Regina Spektor, Of Monsters and Men, The Shins, Chris Cornell and Sia, among others to be announced soon. The thirteen episode first season will be available globally on August 3rd, and will be second run in Australia.

From the highest profile cases to those kept hidden from the public, comes a new docu-series from acclaimed executive producer Doug Liman and producers Simon and Jonathan Chinn. The producers of Captive have gained privileged access to the most challenging negotiations of our time — revealing how hostage-taking, and the efforts to resolve it, have evolved to address an escalating international trend. The episodes look at a wide range of situations from the viewpoint of everyone involved: the victims and their families back home, the experienced negotiators, business leaders, government officials and the kidnappers themselves.

A reimagining of the Norman Lear classic, centering on a Cuban-American family. Our heroine is a recently separated, former military mom (Justina Machado) navigating a new single life while raising her radical teenaged daughter and socially adept tween son, with the “help” of her old school Cuban-born mom (Rita Moreno) and a friends- without-benefits building manager named Schneider. The 13-episode first season of One Day at a Time is produced by Act III Productions, Inc., Snowpants Productions and Small Fish Studios in association with Sony Pictures Television. Norman Lear, Mike Royce, Gloria Calderón Kellett and Michael Garcia are executive producers.

Chelsea – Will return for a 90-Episode Second Season in 2017

Chelsea Handler is back with a freshly stamped passport and new global outlook as she tackles today’s tough issues with the same acerbic wit and fearless curiosity you know and love. Join her as she travels around the world – from Russia, Japan, and Mexico City, across the U.S. and back again, to explore the subjects that matter most to you. Chelsea features celebrities, dignitaries, and surprise guests engaging in thought-provoking, yet hilarious conversations about topics like international cultures, alternative lifestyles, education, health, sports, parenting, politics, and more. Season 1 of Chelsea is currently streaming three times a week exclusively on Netflix.

Lady Dynamite – Will return for a Second Season in 2017

Lady Dynamite is a single-camera comedy series based on what actor/comedian Maria Bamford has accepted to be “her life.” The occasionally surreal episodes, refracted across multiple time periods inspired by Bamford’s life, tell the story of a woman who loses- and then finds- her s**t.

Real Rob – Will return for a Second Season in 2017

Rob Schneider’s comedy series, Real Rob, is an exaggerated yet brutally honest depiction of the comedian’s real life, interspersed with his stand-up comedy performances. Managing the ups and downs of a Hollywood career and it’s celebrity treatment (with his younger Mexican wife, a new baby, an ever-present stalker and a completely incompetent assistant), this comedy series is as close to the bone’ real life of the internationally famous comedian.

The 8-episode second season, now a Netflix original series, stars and is produced and directed by Schneider. Patricia Schneider and Jamie Lissow also appear in the series.

From writer/director Josh Wakely (Beat Bugs) comes a new musically-themed Netflix original animated series for children and families. The untitled Motown project revolves around a lovable, funny and slightly shy eight year old boy named Ben, who discovers he has the extraordinary ability to bring street-art to life. Ben and his family live in the imaginary city of Motown, based on Detroit and its rich musical heritage. Inspired by the words and melodies of Motown’s classic songs, Ben and his friends Angie and Mickey, along with an amazing cast of enchanting street art characters, discover that creativity is magic as they revive vibrancy to their city and learn life lessons.

Internationally-renowned recording artist and songwriter Smokey Robinson will serve as Executive Music Producer on the show, which will feature contemporary artists performing hit songs from the Motown catalog that will serve as inspiration for each episode. Throughout its illustrious history, the Motown label garnered dozens of #1 hits, including “ABC,” “My Girl,” “Please Mr. Postman,” “You Can’t Hurry Love,” “Reach Out I’ll Be There” and “I Heard it Through the Grapevine.” The series will bring 52 of these iconic songs to life, including those made famous by all-time greats like Robinson, Marvin Gaye, The Jackson 5, Lionel Richie, The Supremes, The Temptations, Stevie Wonder and many more.

Award-winning actress and early childhood development advocate Jennifer Garner has signed on to voice the character of Mama Llama in the recently announced Netflix original animated series for preschoolers, Llama Llama. Based on the acclaimed and best-selling book series by author and illustrator Anna Dewdney, the show tells heart-warming tales about childhood moments and adventures, as well as the special connections between lead character Llama, his family and best friends. Llama and his mother, in particular, share a warm and loving bond — she is his rock and safe haven as her son experiences growing up.

“I’ve read Anna Dewdney’s Llama Llama books to my kids hundreds of times in the last ten years,” said Garner. “Little did I know it would all count as rehearsal — I’m thrilled to bring Mama Llama to life for Netflix! The Llama Llama books are so fun to read — your kids won’t even notice they are learning life lessons, such as how to battle boredom, or braving the first day of school. But when your kids watch the coziness of Mama Llama’s relationship with her Little Llama, be ready for an extra snuggle as you connect, while learning about the world around you.”