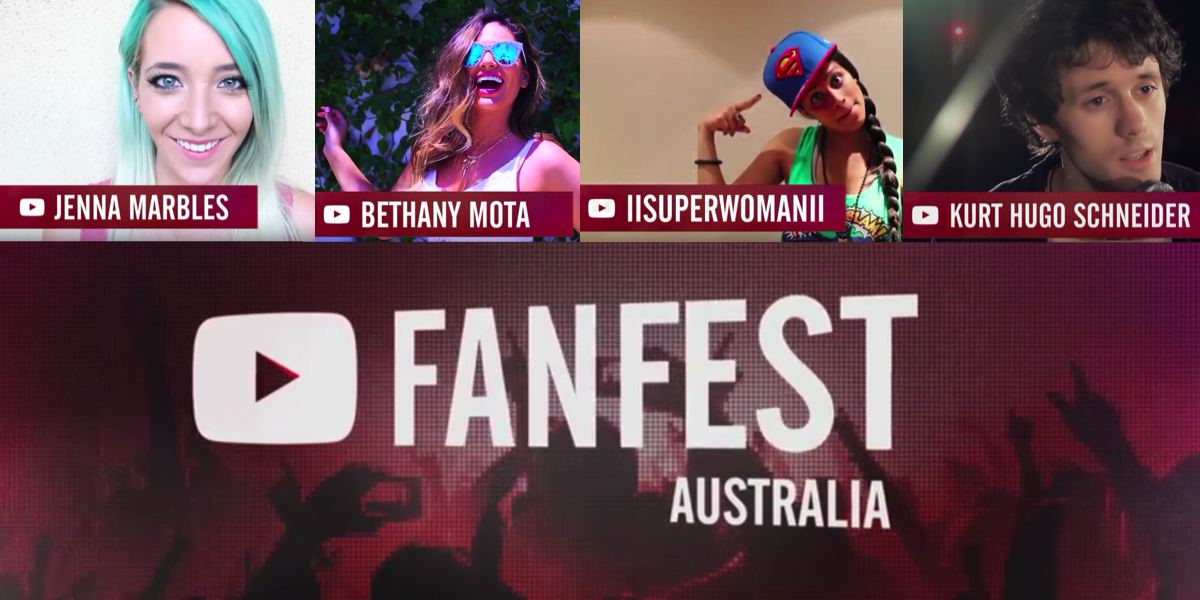 YouTube, Chugg Entertainment and Branded Ltd. have announced the return of the YouTube FanFest, an exclusive live show bringing together some of the biggest YouTube stars from Australia and around the world at Qantas Credit Union Arena on Friday 11 September 2015.

Joining the international creators on stage will be five local stars, Troye Sivan, Lauren Curtis, Natalie Tran, Jayesslee and SketchShe, with a combined subscriber base of over 11 million.

Also confirmed to join YouTube FanFest line up in Sydney are special guests, Walk the Moon, who will be performing their smash hit song “Shut Up and Dance”.

Media partners for the event are Girlfriend and 2Day hit 104.1.